Sharjah’s Holy Quran Academy has added a collection 17 rare artefacts, made up of manuscripts and complete Qurans to its archives.

The collection goes as far back as Mamluk, Timurid and Ottoman states in the 8th century. 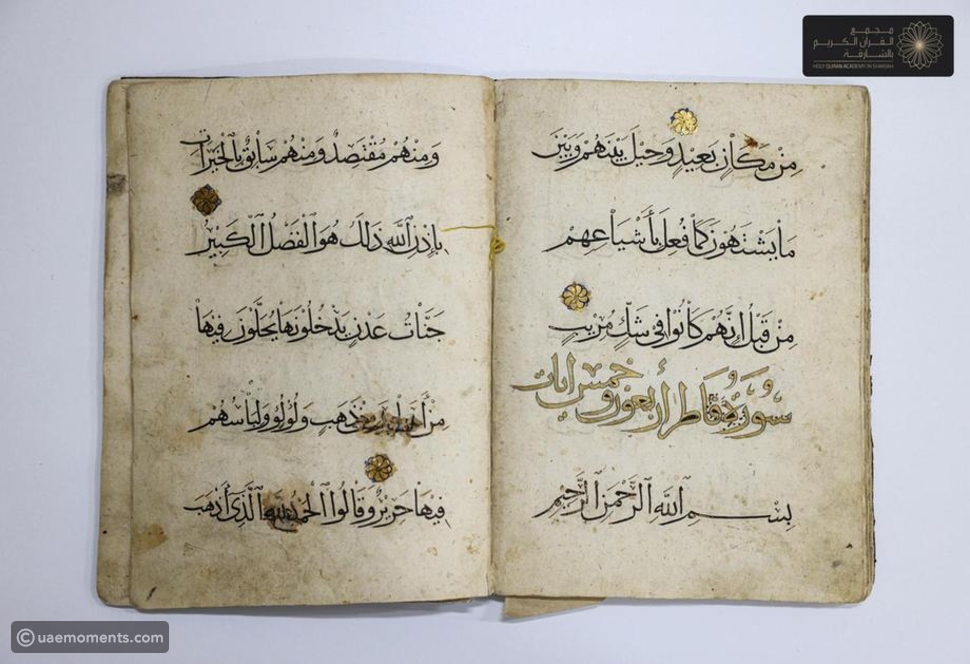 Sheikh Sherzad Abdul Rahman Taher, secretary general of the Holy Quran Academy said “Our new collection includes 17 rare artefacts, some of which are manuscripts and some of them are complete Quran copies, dating from the 2 – 13 century AH [8 – 18 century],”. 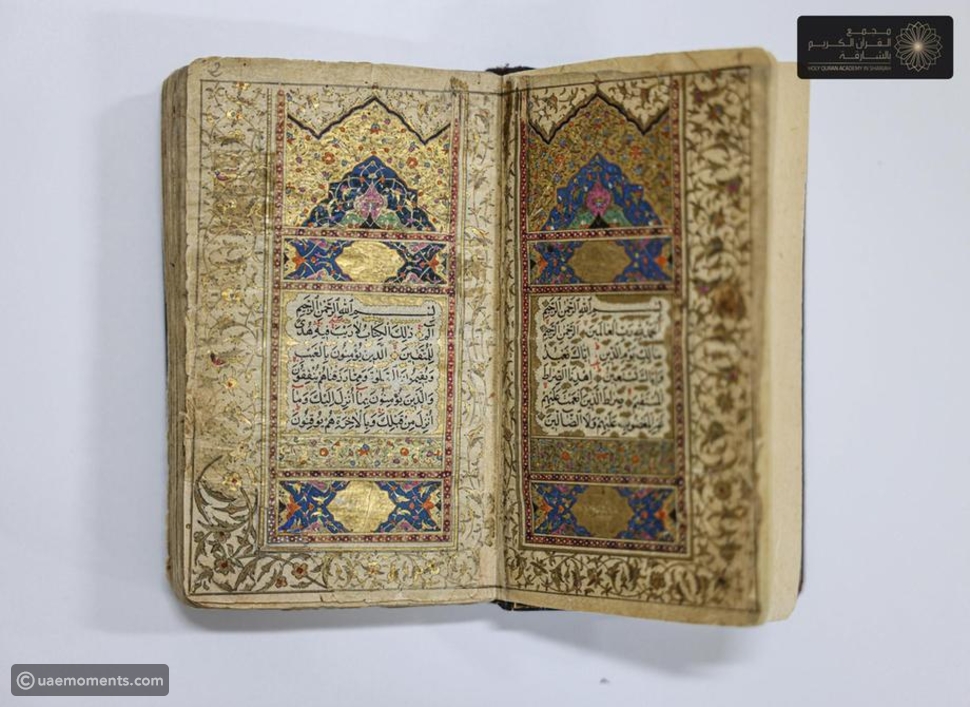 “Each piece deserves to be in an independent museum due to its valuable religious value. The collection dates back to the Umayyad, Mamluk, Timurid, Safavid and Ottoman states, and [originate from] India, Turkey, China, Iran, North Africa, Morocco and Andalusia, and come in different shapes and sizes. 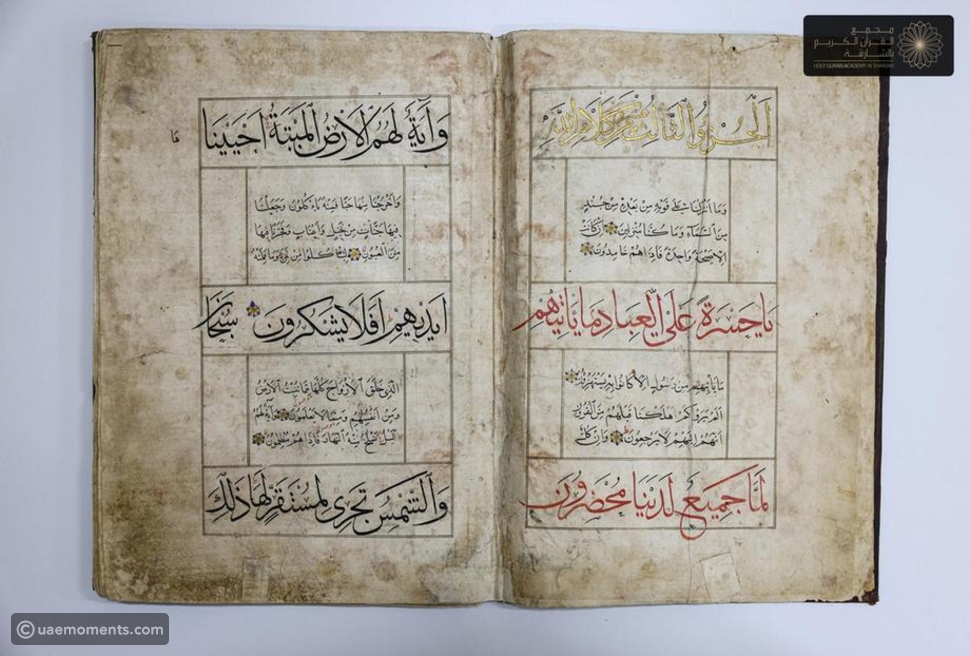 “The calligraphy on the copies indicates that some of them were written by the most famous calligraphers who used ornaments and decoration, using gold and precious stones, such as blue lapis lazuli,” he added. 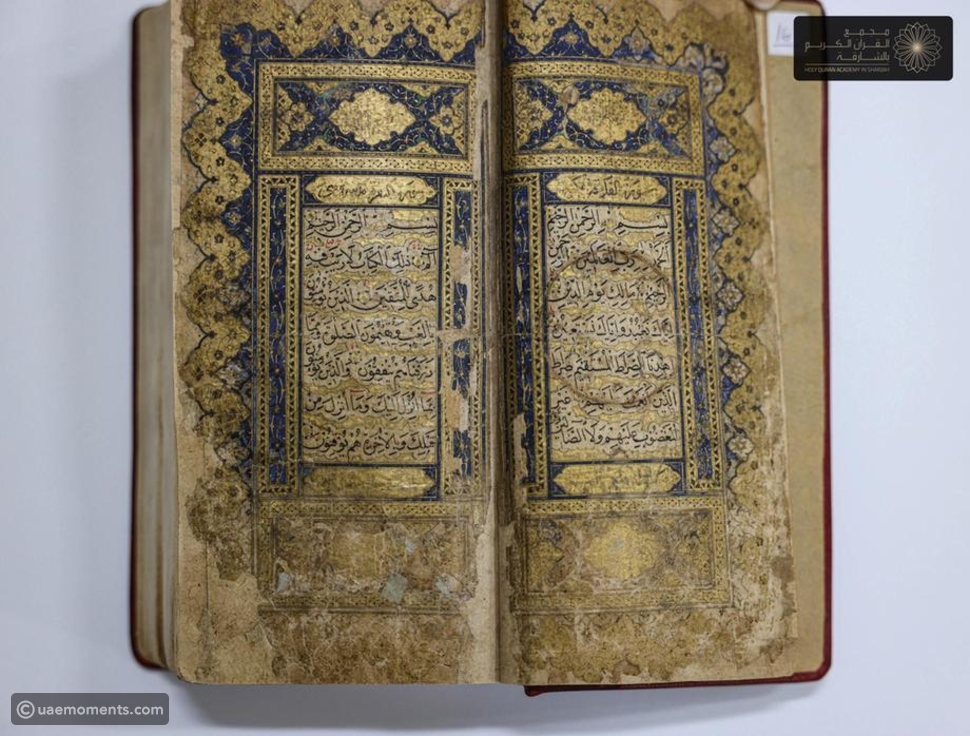 The Holy Quran Academy in Sharjah is dedicated to the care of the Holy Quran in all its forms, including manuscript, print, audio and digital.