15 of the best carnivals in the world 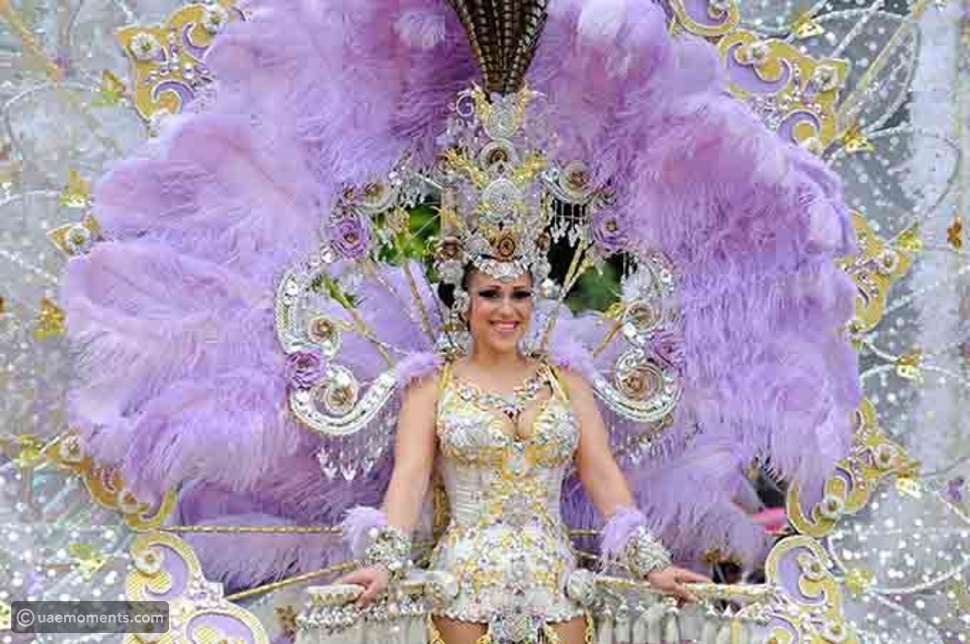 You don’t need to wait ’til Benacassim to go to a festival in the sun. In Tenerife, the locals take their partying very seriously indeed – it goes on for over a month, Bookended by the presentation of the candidates to be Queen of the Carnival to the crowning of the winner. In between there are parades, dances, concerts, fireworks and lots of pretty people in crazy costumes. Every year more than half a million people travel to Tenerife to join in the party that closes in style with a 24-hour party… and setting fire to a giant papier maché sardine. 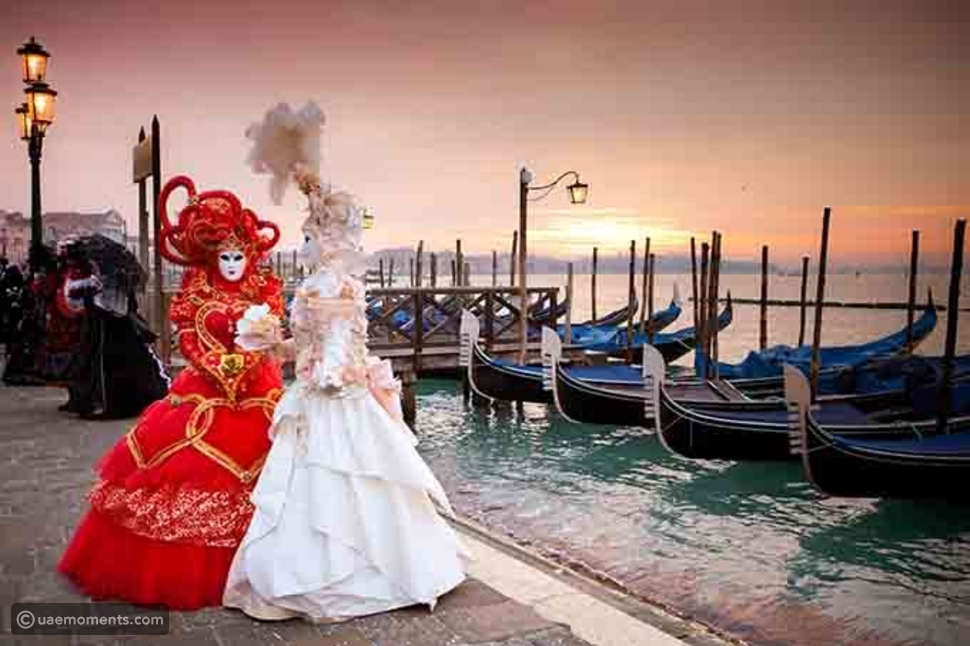 Get your freak on, or at least a mask, for one of Europe’s most extravagant, elegant events. There may be much fancy dress and the suggestion of wild private parties but being Venice, it’s really all very civilized. Well, as far as we know – we’ve never been invited. Get your hands on a ticket for mega masked ball, the Gran Ballo delle Maschere. The mother of all Carnivals and an absolute bucket list must-do, at least, once in a lifetime. Pretty-crazy-anyway Rio becomes a riotous city of samba, colours, heat, flesh and lots of fun. The most colourful costumes (and probably the flashiest too) and the best dance moves go on display at the massive parade at the Sambodromo, in which the city’s samba schools compete and show their skills. Get your ticket fast or you will miss it. 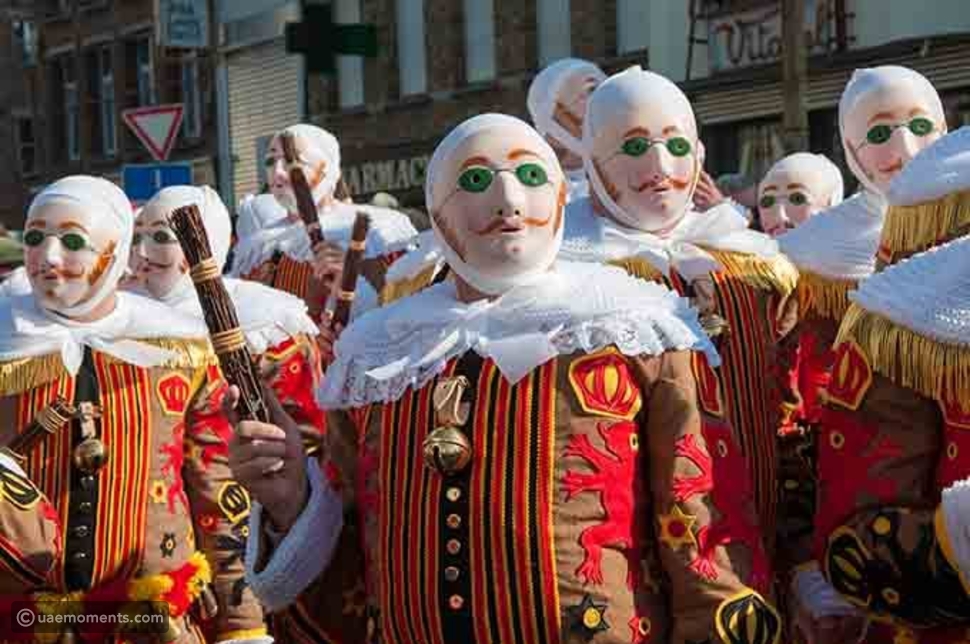 Those crazy people at UNESCO call Binche the ‘Intangible and Oral Heritage of Humanity’ and who are we to argue? Every year local masked men (also known as ‘Gilles’) basically go around creating chaos, shaking some sticks to scare bad spirits off. Be careful, because they love throwing apples to the crowd! "I thought my life would be a Mardi Gras", sang Marge Simpson in the Springfield production of Oh, Streetcar! You can see what her life would have been like for a couple of weeks each year down in New Orleans. She’d have been shocked. There are many parades with floats and costumed people but the essence of the festival is revellers getting totally merry (go for rum or bourbon – when in Rome, and all that), and famously flashing body parts while onlookers chuck sweets at them. 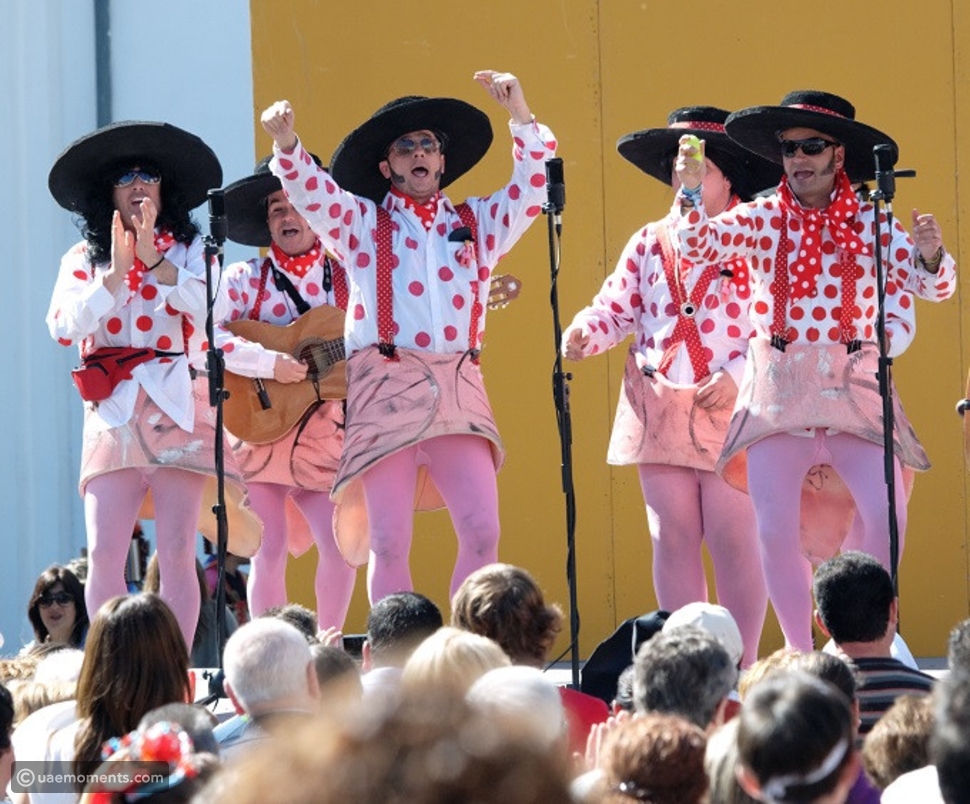 And if you thought that was weird, check out the Cadiz Carnival. The locals, known for their wit and sense of fun, don’t just dress up, they dress up costumes and sing satirical songs. If you do understand Spanish, check them out at the great contest in Teatro Falla… or find them anywhere on the streets, and if you don’t, you’ll laugh just watching them. 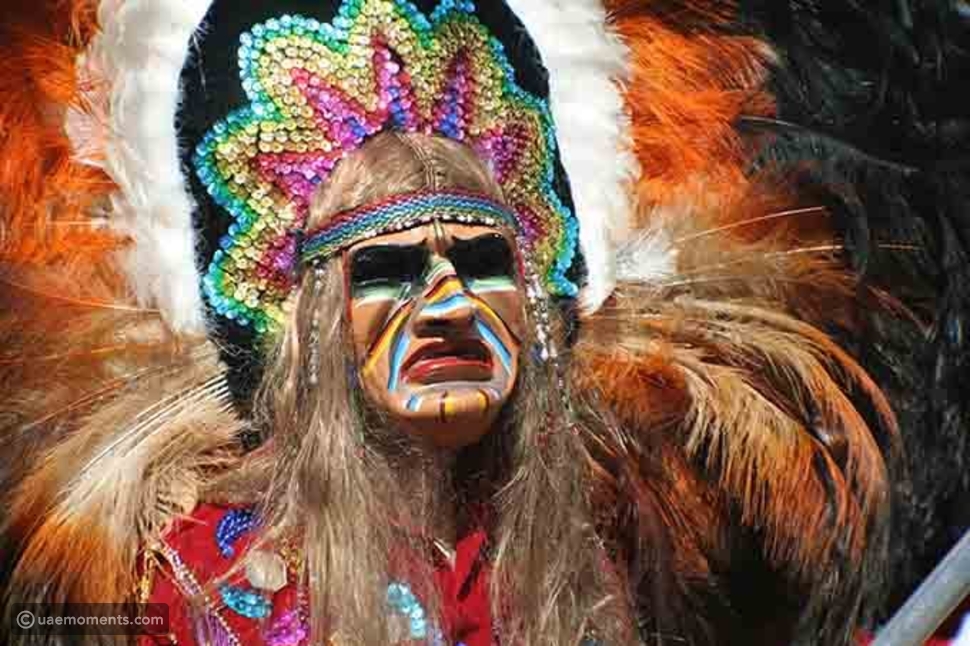 If you think Mardi Gras looks crackers, the Oruro Carnival is totally off-the-scale. It’s the biggest annual event in Bolivia, in which a massive theatralized parade lasting over 20 hours tells the story of the triumph of good over evil. While attendees get absolutely smashed. At the end, the revellers ‘wash away all the heat of the fire’ with a huge waterfight. 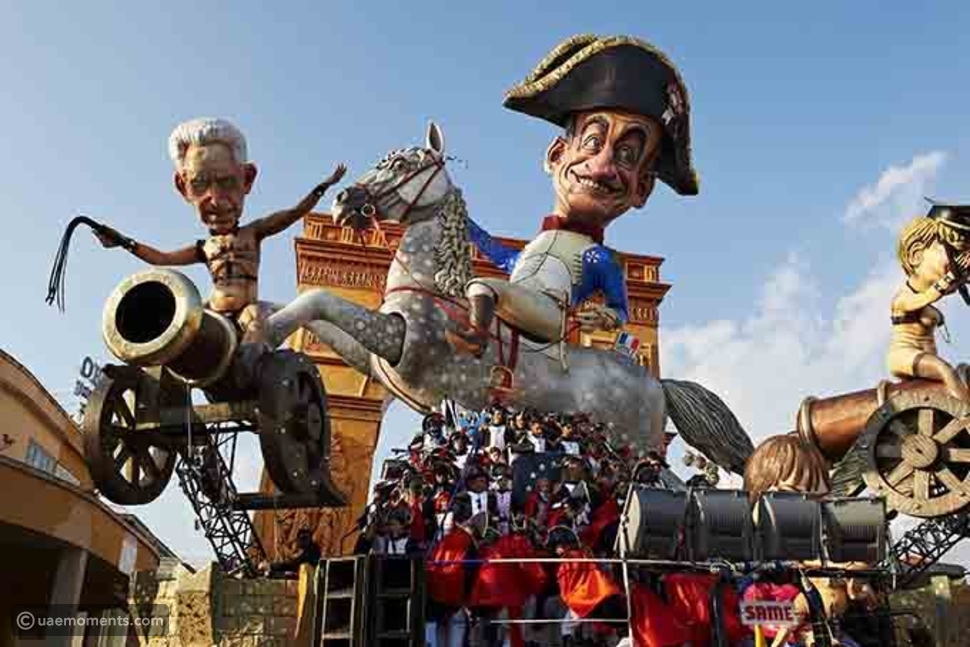 Along with Venice, the Carnevale di Viareggio is one of Italy’s two major carnivals. This normally-not-quite-so-crazy Tuscan seaside resort hosts a million spectators who flock to see parades of giant papier-maché floats up to 20 metres high, from fire-breathing dragons to politicians. 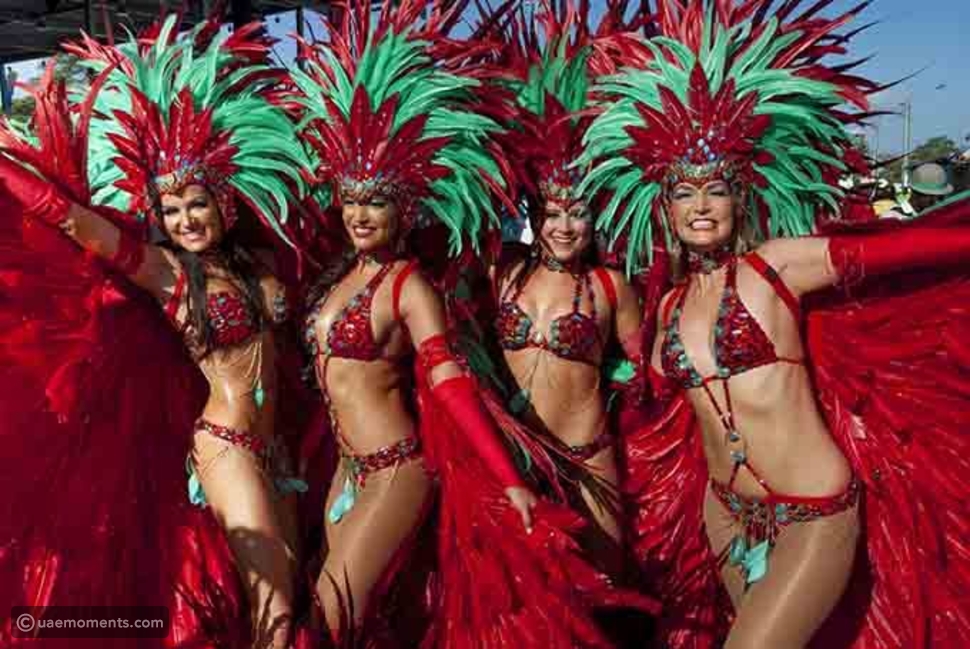 Steel bands, soca, limbo, calypso, and a whole lot of rum: the spirit of the Caribbean is celebrated with gusto on the tropical island of Trinidad, just off the coast of Venezuela. Apparently stick-fighting is part of the fun as well, but visitors should stick (ha, ha) to shimmying along with the colourful costume band parades in Trinidadian capital Port of Spain. 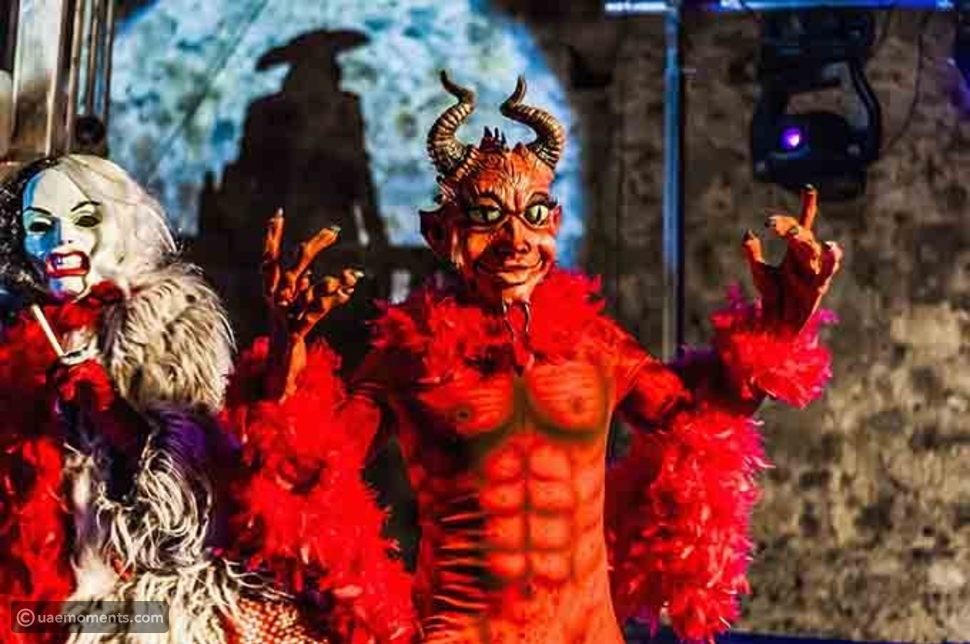 You might be able to tell by now that Spain goes in for carnivals, and the one in Sitges is one of its oldest most famous. For a whole week, this quiet and quaint little town right next to Barcelona becomes a massive open-air party. There are several parades featuring revellers done up in daring costumes. King Carnival overthrows the local government and rules in a rather odd manner until Ash Wednesday, when he is burned at the stake and buried. 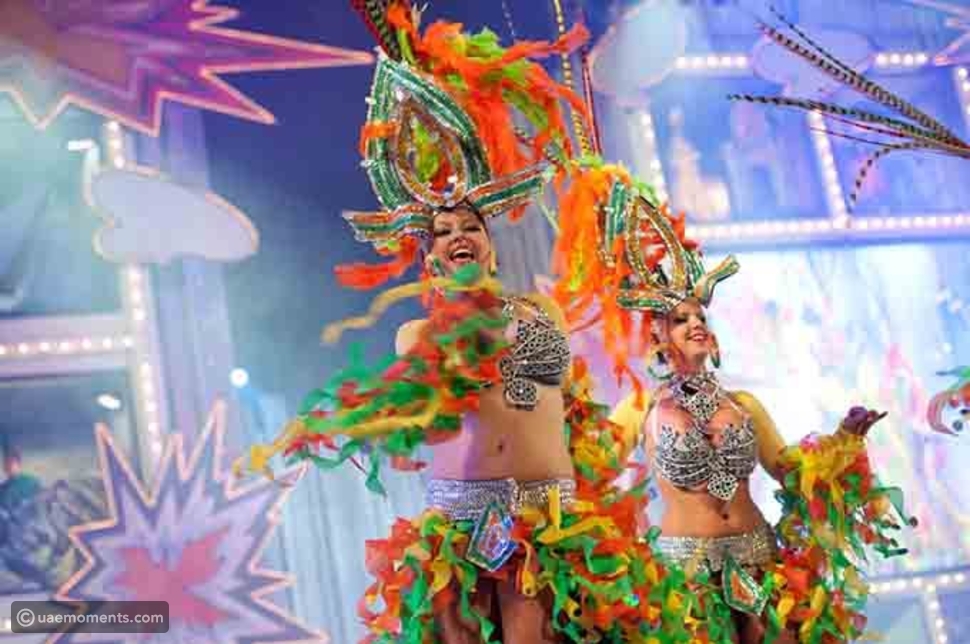 Not to be outdone by Tenerife, Gran Canaria’s carnival includes highlights such as the election of the Queen… and Drag Queen of the festival. Bands of street musicians and costumed revellers fill the streets to the rhythm of batucada. The Ivrea Carnival is famous for its craziness, not just in Italy but with the world’s well-travelled food fight afficionados. Be warned: be prepared to be pelted with oranges. The highlight is the Battle of the Oranges, which represents the civil war between the people and the Royal troops, in which the people throws tons of oranges at the rich and powerful as they move sitting duck-like, slowly through the crowds on carts. Unless you grew up near Barcelona, you probably haven’t heard of Torelló. There is much craziness to ward off the cold, including the day of ‘Senyoretes and homenots’ (ladies and men) when gender roles swap and men parade through the streets dressed up as women, and showing off a bit too much flesh. If you can stomach that, there’s compulsory heavy drinking too. And… although we will not disclose more (or you could watch this video, if you dare), there’s the utterly disturbing Pullasu ‘celebration’, for some reason. 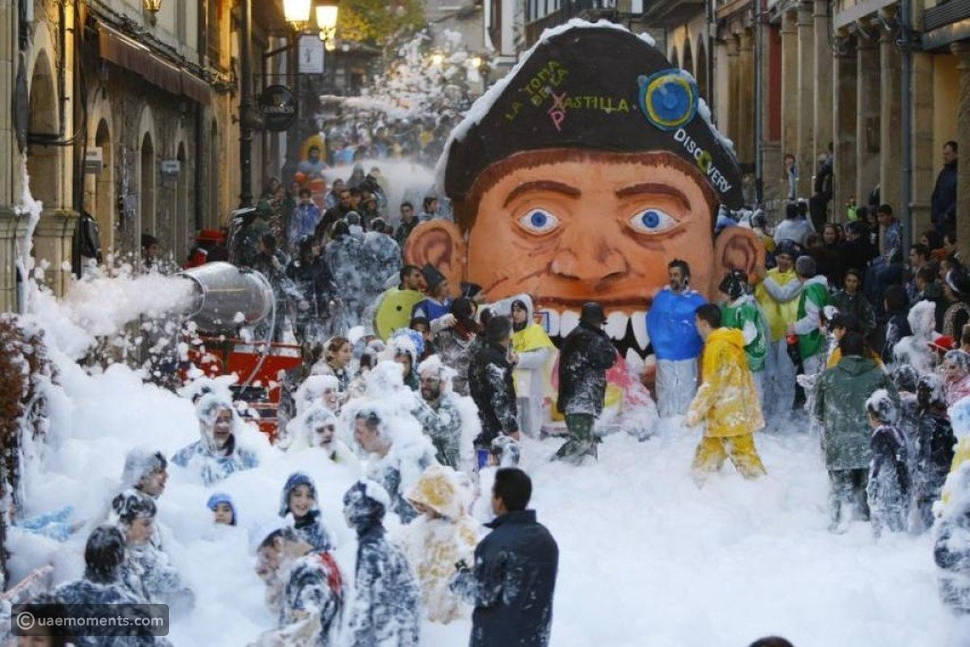 ‘Antroxu’ is celebrated in Asturias, a very Green region in the north of Spain. Its epicentre is at Aviles where, on ‘Jueves de Comadres’ (‘Girlfriends’ Thursday), women take to the streets with their female friends to party until the wee hours. Not so unusual if you’ve been out on the town on a Saturday night, you might think, but tor the foam cannons that turn the centre of the town into a huge white river over which gaudy floats of the world ‘sail’ gracefully. 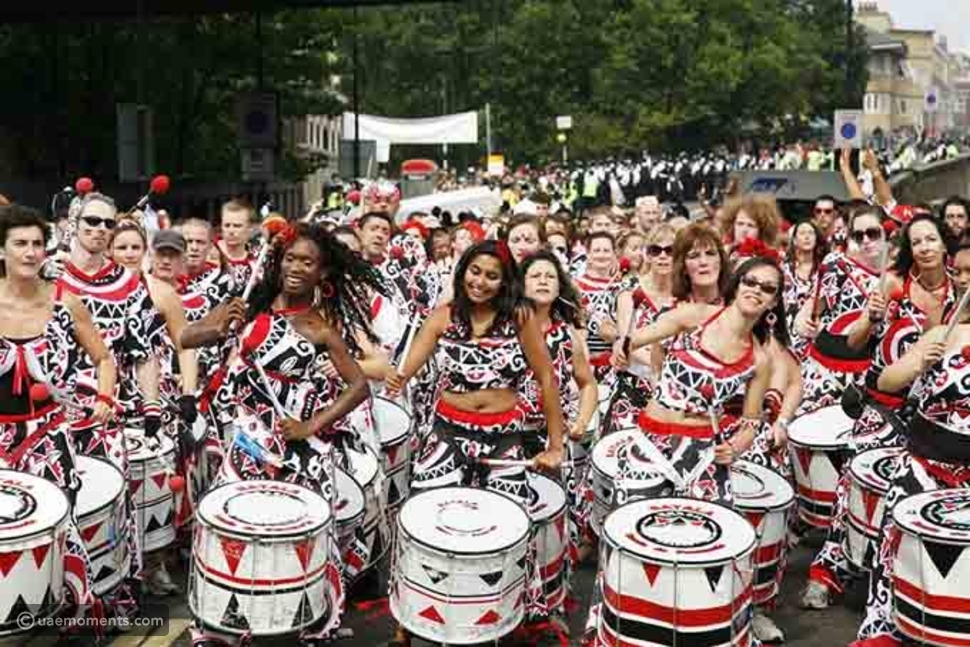 Although London’s biggest party of the year is outside carnival season and, being British, is fairly reserved compared to the others here, its still essential. The absolutely massive Notting Hill Carnival is a celebration of the capital’s Caribbean community, in which two million people dance through the streets of west London to booming sound systems, and eat loads of jerk chicken.