Album: 21 Pictures of The First Modern-Era Olympics Back In 1896

On April 6, 1896, in Athens, the first-ever Olympics of the modern era was launched.

It is well known that the competition had started back in ancient Greece, however, it was abolished by Roman Emperor Theodosius I in 393 A.D. due to his belief that it promoted pagan worship over Christianity since it was one of the religious festivals honoring the Greek god Zeus.

Read More: The 6 UAE Athletes Competing in The Tokyo Olympics!

The modern era festival which took place in 1896 aimed to revive the competition that was abolished a long time ago and was quite successful. 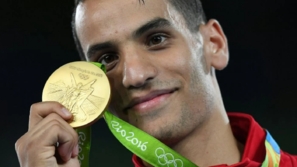 Here are some of the pictures of the first-ever modern-era Olympics. Click the album above to see more.