Related articles
Do you Plan on watching Vikram Vedha? Check out the reviews!
Record Breaking Advance Booking for Shah Rukh Khan's Pathaan
SRK at the Trailer Launch of Pathaan at Burj Khalifa Tomorrow

Pathaan, one of the most widely anticipated movies of 2023, is out in theaters, and Shah Rukh Khan fans can't wait to see their favorite actor go all-out in action. John Abraham and Deepika Padukone are also featured in the movie, which had record-breaking advance box office numbers. 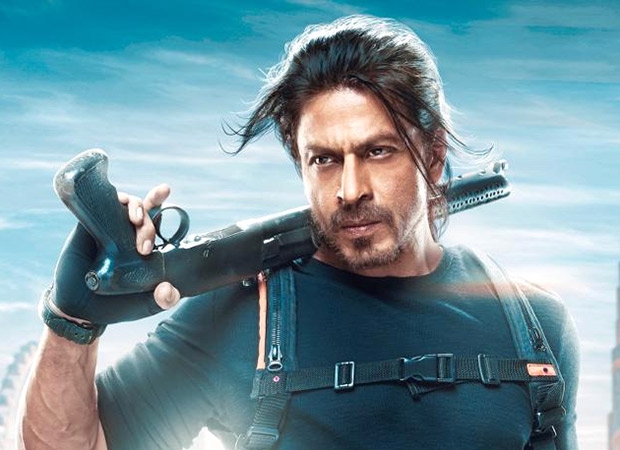 After a four-year break, Shah Rukh Khan is making a comeback, and the movie is set in the spy universe created by YRF. Shah Rukh earlier stated that he and Salman Khan have worked together on the Siddharth Anand film, and Salman Khan is anticipated to have a significant cameo in the movie.

"Pathaan is the widest release for any YRF film ever in overseas territories. In fact, it is the widest release for an Indian film globally! Shah Rukh Khan is hands down the biggest superstar internationally and there is unparalleled demand for Pathaan to be released across the world given the hype that the film is carrying," stated Nelson D'Souza, Vice President, International Distribution.

The first reviews of the film are out and fans can't keep calm. Shah Rukh is the center of Pathaan, and he serves as a continual reminder of why fans love watching him on the big screen. The cameo of Salman Khan was spectacular and also well-appreciated by the viewers.

A viewer said, "Salman khan's cameo in #Pathaan is a treat to watch out for. He stole the entire show and theaters turned into stadiums within seconds #SalmanKhan"

#OneWordReview...#Pathaan: BLOCKBUSTER.
Rating: ⭐️⭐️⭐️⭐️½#Pathaan has it all: Star power, style, scale, songs, soul, substance and surprises… And, most importantly, #SRK, who’s back with a vengeance… Will be the first #Blockbuster of 2023. #PathaanReview pic.twitter.com/Xci1SN72hz

Shah Rukh Khan delivers a career-best performance in the high-octane action film #Pathaan. Filled with style, swag, and non-stop entertainment, it's a BONAFIDE BLOCKBUSTER that will leave you on the edge of your seat. pic.twitter.com/AvI1XmtNXk

BLOCKBUSTER written all over #Pathaan. One thing that hasn’t changed from more than 2 decades is the Charm of @iamsrk. Everything he does in the film is FANTASTIC❤️❤️❤️❤️ #PathaanBlockbuster

Regardless of all the objections and controversies the film had to face, Pathaan has blockbusters written all over it as fans from across the world are enjoying the film and Sha Rukh Khan's comeback on the big screen.

According to a statement to Khaleej Times from Reel Cinemas, "The response ahead of the release from the UAE has been massive. We have seen some very strong bookings so far with several sellout screenings, and some private screening bookings, which is great news.”

The film is the perfect balance of emotions, action, thrill, and classy entertainment. Pathaan is destined to be a hit thanks to its top-charting music, stunning locations, and high-caliber action.