From Kazakhstan to Tajikistan, to Turkmenistan to Uzbekistan, Central Asia is known for its magnificent mosques – each an architectural masterpiece in their own right.

Related articles
The Largest 10 Mosques in The World
7 Facts You Must Know About Sheikh Zayed Grand Mosque
UAE: Prayer Guidelines for Mosques in Ramadan 2021

1/ Shah-i-Zinda, Uzbekistan Ensemble includes mausoleums, mosques & other ritual buildings of the 11-15th & 19th centuries. The name Shah-i-Zinda (meaning "The living king") is connected with the legend that Qutham ibn Abbas, a cousin of the Prophet Muhammad PBUH, is buried here. 2/ Haji Yaqub Mosque, Dushanbe, Tajikistan The central mosque of the capital of Tajikistan, the city of Dushanbe. It was named after Haji Yakub, a Tajik religious leader. The mosque was founded 200 years ago and can accommodate up to 3,000 people. 4/ Naryn Mosque, Kyrgyzstan Built-in 1995 by a local deputy. It is a central mosque of Naryn. The ornaments of the mosque are traditional nomadic embroideries called oymos. The blue color of the building also can indicate the shamanic background of the Kyrgyz people. 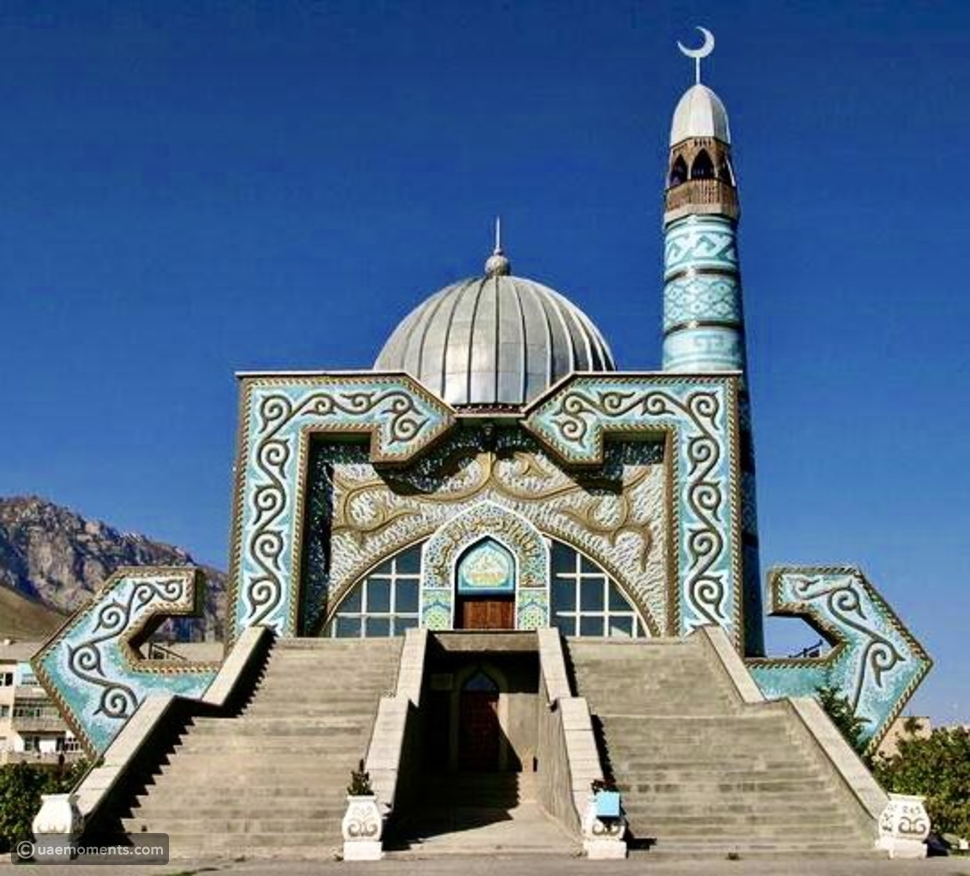 5/ Bibi Khanym Mosque, Uzbekistan One of the most outstanding in the Islamic world. Built between 1399 & 1404 during the last years of the Turkic-Mongol conqueror, Timur, the Bibi Khanym mosque is riveting in its monumental scale, splendor & turquoise & blue tiles. 7/ Bishkek, Mosque of Imam Sarakhsi, Kyrgyzstan This mosque, with help from Turkey, was opened in 2018 and has the classic Turkish mosque architecture. It has a capacity of 9,000 worshippers. 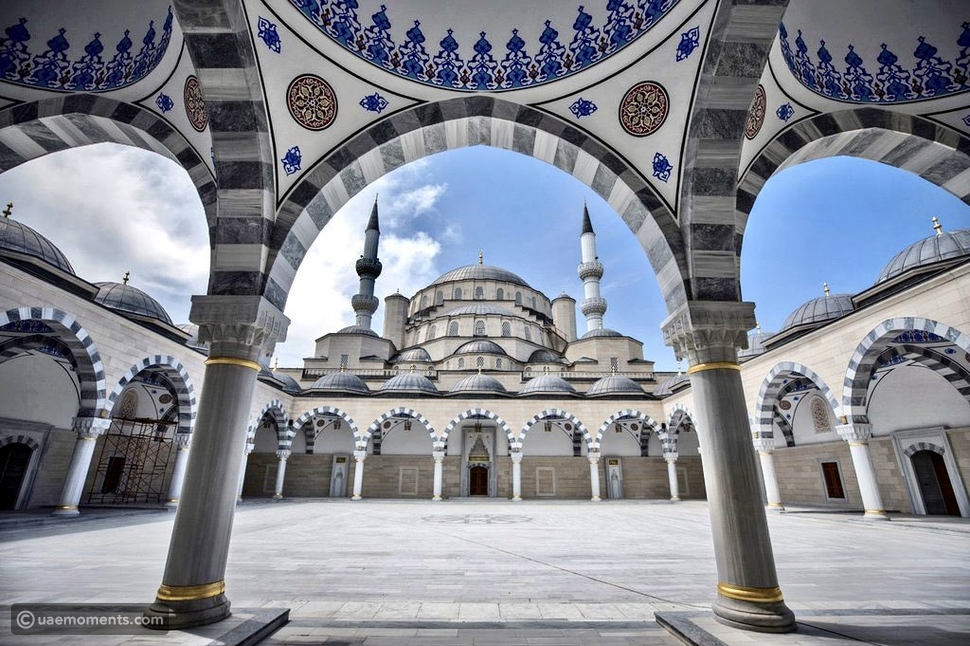 8/ The Barak Khan Madrassa, Tashkent, Uzbekistan The architectural complex was built in several stages, completed in 1532. It consists of a madrassa & two mausoleums attached to it. This religious educational establishment was named in honor of Tashkent ruler Navruz Ahmadkhan. 9/ Gur-E-Amir Mausoleum, Samarkand, Uzbekistan Persian for "Tomb of the King" contains the tombs of Tamerlane, his sons, grandsons & Timur's teacher. The earliest part of the complex was built at the end of the 14th century. Renowned for its blue & turquoise tiles. 10/ Sher-Dor Madrasa, Samarkand, Uzbekistan Built 1619-36, it stands opposite the Ulugh Beg Madrasa in Samarkand's Registan, a square. It was constructed by Yalangtush Bakhodur. He used a striking composition depicting two lions chasing deer 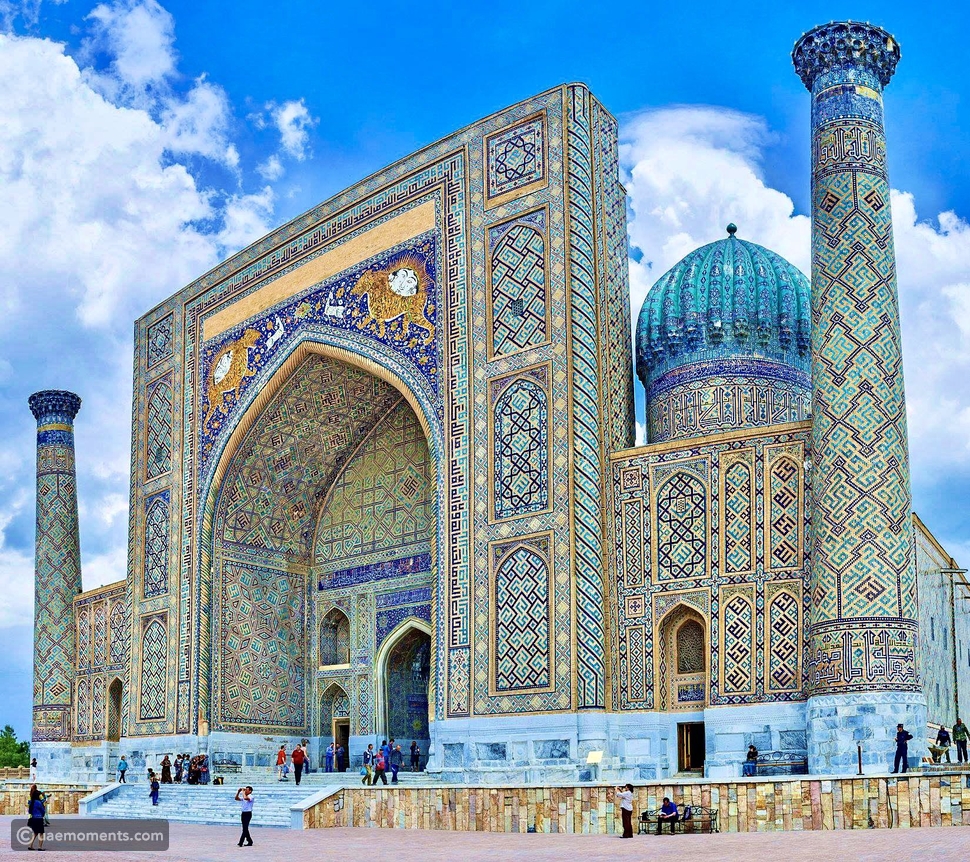