Dubai's 'Museum of the Future' has been listed as one of the 14 most beautiful museums in the world by National Geographic. The museum was chosen for astounding architecture and sophisticated technological innovations.

The Arabic calligraphy include quotes by His Highness Sheikh Mohammed bin Rashid Al Maktoum. Among the quotes are: "We may not live for hundreds of years, but the products of our creativity can leave a legacy long after we are gone." and "The future belongs to those who can imagine it, design it, and execute it... The future does not wait... The future can be designed and built today." 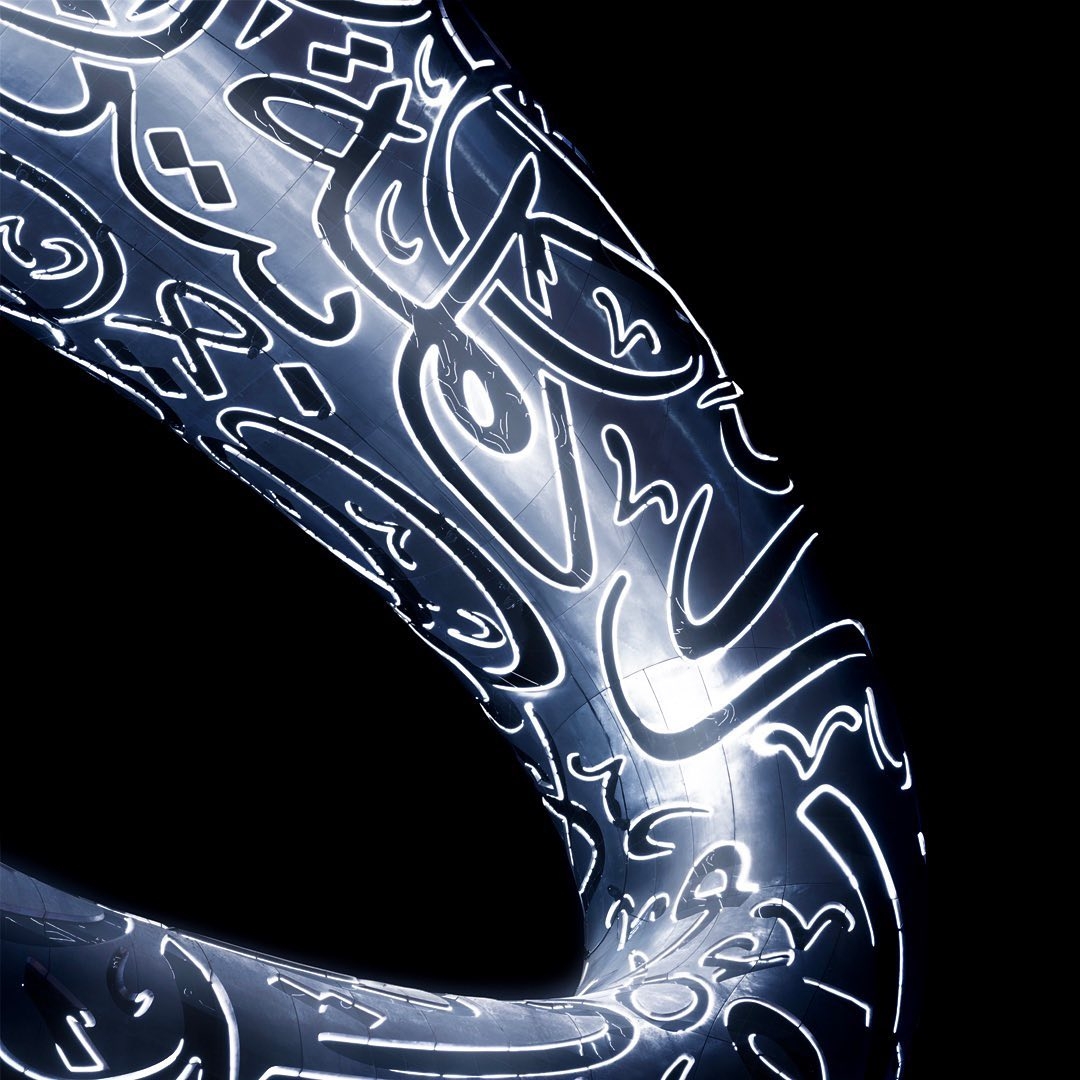 The iconic museum stands at 77 metres high in an area of 30,000 square metres. It is also a seven-storey pillarless structure.

The park surrounding the museum contains 80 species of plants, equipped with a state-of-the-art intelligent and automatic irrigation system. 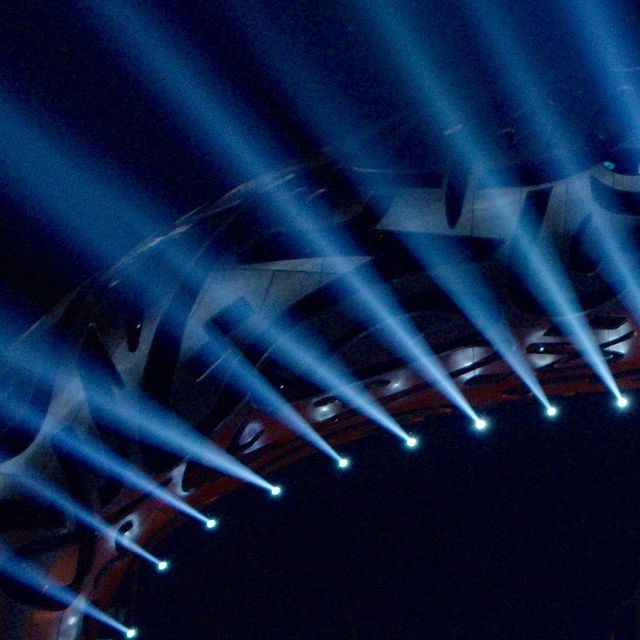 Dubai's Museum of the Future is powered by 4,000 megawatts of solar energy produced by a station connected to the building, in collaboration with the Dubai Electricity and Water Authority. 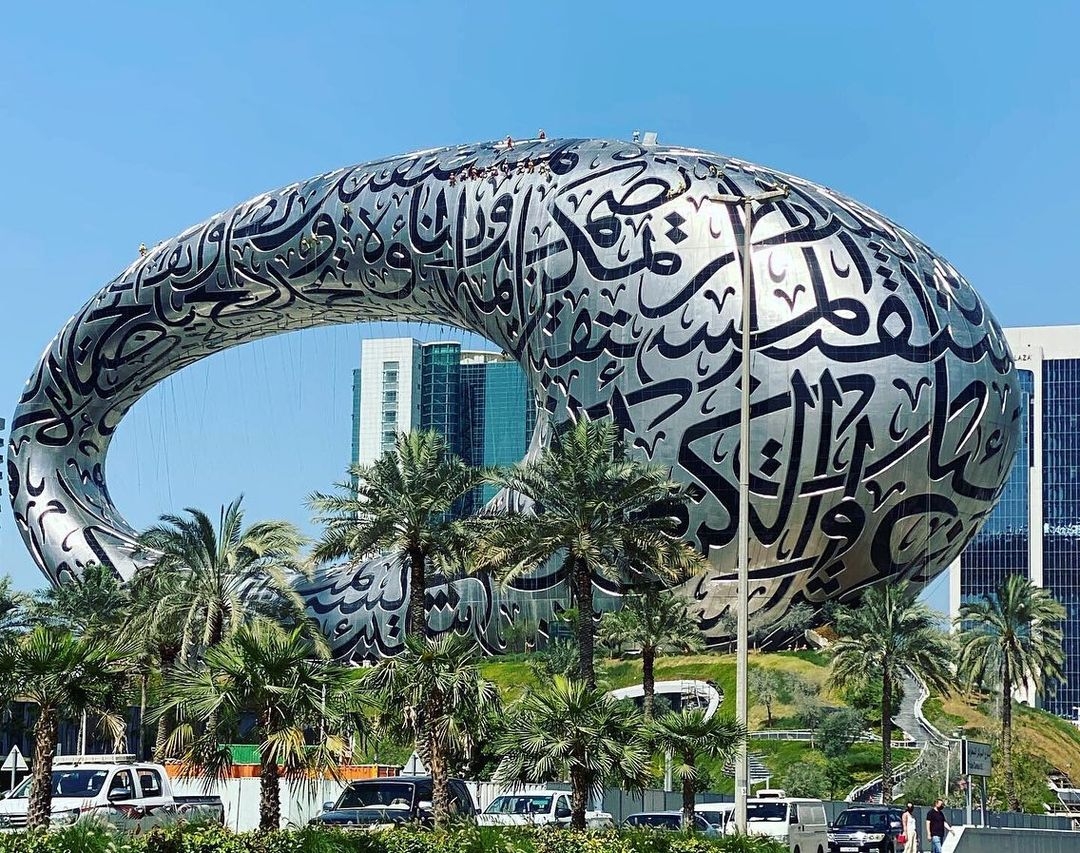 Read More: What To Expect From The Futuristic Museum of The Future

Leadership in Environmental Energy and Design

Upon completion, the museum will be the first of its kind in the Middle East to obtain a Platinum Certification for Leadership in Environmental Energy and Design, the highest rating for green buildings in the world. 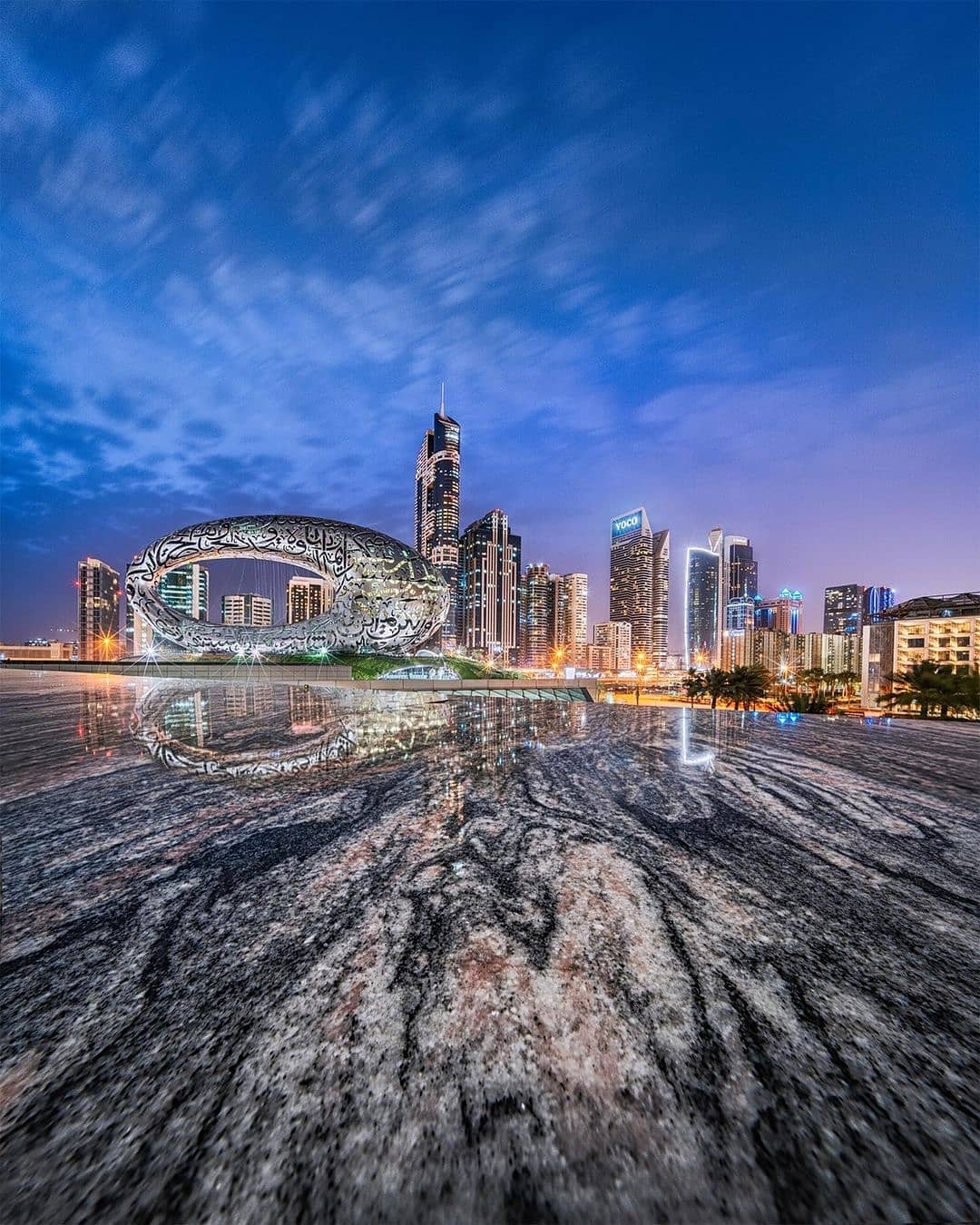 The Museum of the Future has won the Tikla International Building Award as a unique architectural model. Autodesk Design Software stated that the Museum is one of the most innovative buildings in the world. The building was designed by Engineer Sean Keila.