Authorities in the Gulf nation have succeeded in nearly doubling the number of mangroves along the country's shores, going from 9 km to 14 km of green land in less than three years.

Coastal mangrove forests are disappearing at a rate that is three to five times greater than the world rate of forest loss. Since then, the environment ministry has been working tirelessly to safeguard, expand, and improve mangrove forests and their surroundings as part of Qatar's green plan. 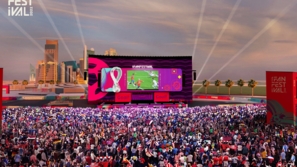 The Ministry of Environment and Climate Change has now planted mangroves in four areas along the northern and eastern coast, expanding its original restriction to the Al Khor and Al Thakhira sectors.

Over enormous areas of land estimated to be thousands of hectares in size, mangroves are currently sprouting in several sites. Mangrove farming has been successful at Al Ruwais, Umm Al Houl, Fuwairit, and Ras Matbakh.

The "green fortress" of Qatar

Authorities in Qatar are eager to conserve, preserve, and work on mangrove development since mangrove forests are an essential part of combating climate change and their extinction could have major social and economic ramifications.

Two of the most visible areas with an abundance of mangroves are Al Khor and Al Thakhira. The trees within its waters stretch over seven square kilometers and can reach heights of four meters.

Al Thakhira's mangrove or mangrove forests are distributed over a large area and flourishing with native vegetation in the center of the surrounding desert. By virtue of Law No. 6 of 2006, the mangrove-covered Al Thakhira region is regarded as a wildlife reserve.

Significance of the ecosystem

Mangrove ecosystems are excellent carbon sinks because they store a large quantity of carbon in the soil, leaves, and branches. One hectare of mangroves can store 3,754 tonnes of carbon.

The trees, which separate the land from the sea and are filled with species, are a singular and wonderful natural feature. By generating oxygen, absorbing toxic chemicals, and eliminating carbon dioxide, they considerably reduce global warming.

The use of mangroves' robust stems for building, cooking, and heating as well as for many other wood-based activities, such as boat construction, is only one of their numerous benefits. Because their roots include glands that filter the saline water before extracting any more moisture from the leaves, they may grow in salt water.

Additionally, the region decreases the strength of storm surges, minimizes soil erosion along coastlines, and absorbs eight times as much carbon dioxide as rainforests.