The Dark Tale of Halloweens’ Origin

Related articles
Origin of Baklava
Eggplant Day: What Are the Origins of Eggplant?
Do You Really Know The Origin of KOSHARI?

Every year Halloween is celebrated on the 31st of Oct, where people participate in different events dressed up as scary characters, sometimes as zombies, or as fairies and witches, and kids run through neighborhoods offering candies as trick or treat, as well as carving out jack o lanterns from pumpkins, however, there is a rich history behind the Origin of Halloween that can run a chill down your spine! Are you ready to dive into the history of Halloween and where this event popped out from?

A link to the other world

Historians have always linked Halloween to a Celtic festival that goes back 3000 years in history called Samhain which is a festival that celebrates the end of summer in all of Scotland, the Isle of Man, and Ireland, according to that mythology what happens is that the light thread linking our world and the other world thins during this time, which makes it easier for spirits to wander around on our earth and return.

Why do people wear costumes on Halloween?

Out of fear that spirits would come to our world, the celts decided to take matters into their hands and dress up in costumes looking like spirits, ghosts, goblins, and fairies to confuse the spirits and protect themselves from the unnatural

The legend of Stingy Jack When one thinks of Halloween what often comes to mind is the carved pumpkins with lights inside them, this originated from the legend of stingy jack.

According to this old Irish myth an old man named stingy jack spoke to the devil and asked him for a drink, the devil himself turned into a coin so that jack can pay for his drink, once the devil did so, Jack did not buy the drink but took the money the devil turned into and stored it next to a silver cross.

Jack tricked the devil again although he freed him into climbing up a tree then carved a cross sign in the tree which stopped the devil from harming jack for another 10 years,
This myth is why people carve out devilish faces out of pumpkin and calls them Jack-o-lantern.

The sad story behind trick or treat For many trick or treat is just bunch of neighbourhood kids running around offering around candy, but there is actually alot of history behind this!
This tradition took place in medieval Europe where kids would go around begging for food or money during the celtic holiday that was celebrated at the same time halloween is currently celebrated on which is 31st - Oct.

Kids would pray for the souls of those who pay them have lost in the past in exchange for some food or money.

This inspired the trick and treat we see today where kids hold candy in baskets and goes around knocking doors.

Halloween is an event rich of dark history, do you love those spooky vibes? If you do, do not forget to put on the best outfit for halloween, put some makeup and go wander through the streets of the emirates! We wish you a happy halloween from UAEmoments family. Read More: PUT THE TREAT IN ‘TRICK OR TREAT’ THIS HALLOWEEN 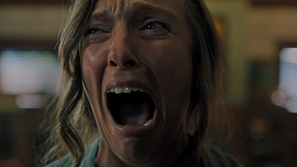