Museum of the Future officially opens in An Astonishing Ceremony

The Museum of the Future, Dubai's new renowned landmark, officially opened its doors to the world yesterday in a stunning ceremony in the presence of His Highness Sheikh Mohammed bin Rashid Al Maktoum, Vice President and Prime Minister of the UAE and Ruler of Dubai. Conveying the ruler’s continuous vision for a bright future and a new message of hope for all humankind.

This will be the largest platform for studying, imagining, and designing the future in the region. There will be collaborative efforts between the best minds in science, technology, research, and innovation to discover solutions for the future at this new scientific and intellectual center. 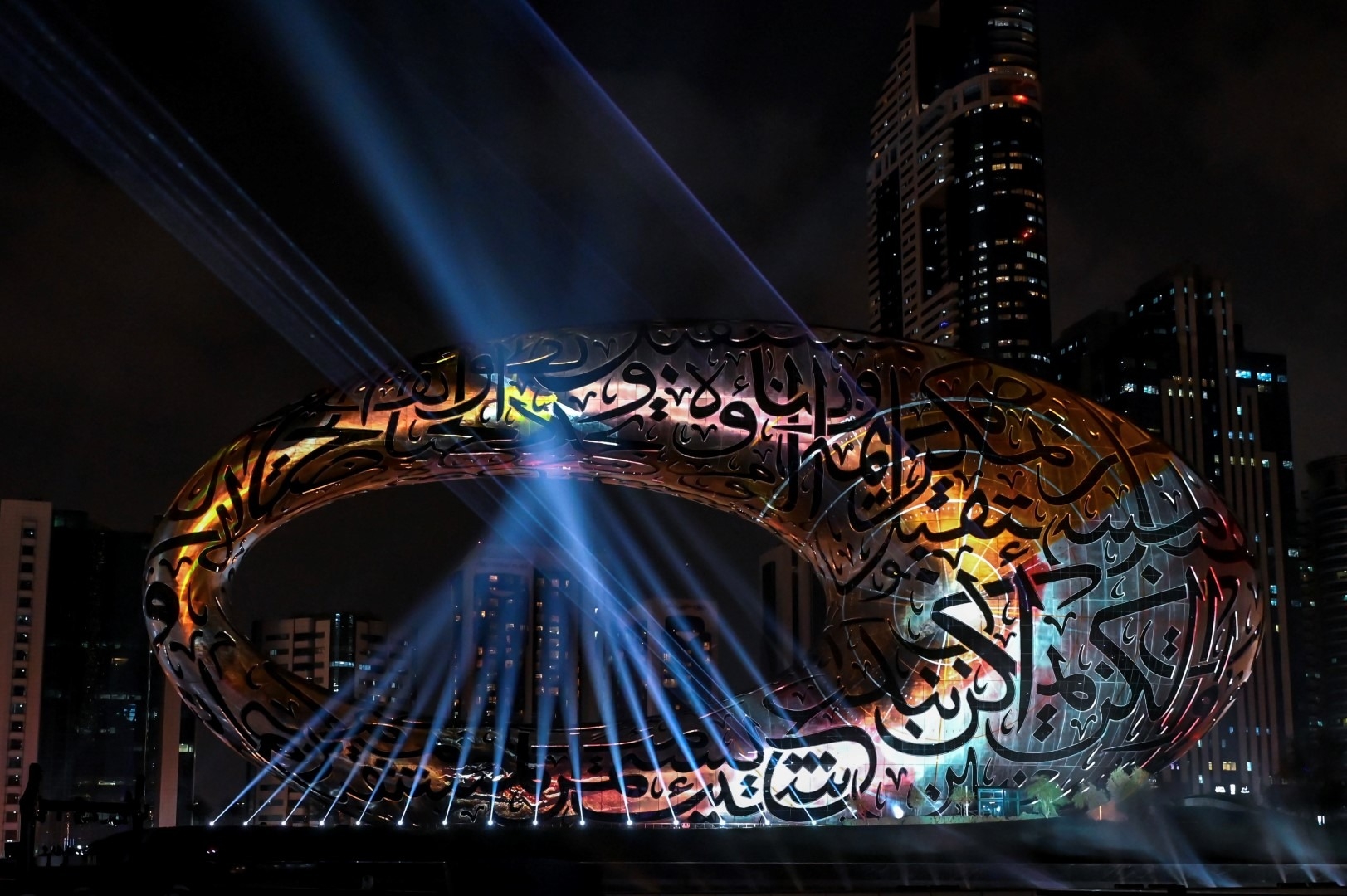 To accelerate the UAE's scientific development, the Museum plans new initiatives in the fields of science and technology.

The opening ceremony was attended by His Highness Sheikh Mohammed, who during his speech said: "The Museum of the Future is a message of hope ... a global scientific platform ... and an integrated institutional framework to shape a better future for all of us."

His Highness added: "It embodies the active human imagination, and the Emirati will that continues to excel in the world. The Museum will be a forum for great minds, scientists, thinkers and experts from around the world." At the opening ceremony, a series of videos were shown to introduce the concept of the Museum of the Future and His Highness Sheikh Mohammed bin Rashid Al Maktoum's vision for Dubai to become the most prosperous city in the world.