Nowruz. The Beginning Of A New Year

Related articles
Residential Areas That Are Best For Living in Dubai
Dubai: World’s Busiest International Airport for 8th Consecutive Year
What To Do On Chinese New Year In UAE? Year Of The Tiger

Nowruz is the Persian New Year. However, you don't need to be Persian to celebrate. It is also known as Nauryz, Navruz or Nowrouz, نوروز and it means "new day." The new year will ring in on Saturday, March 20. It's no coincidence it falls on the first day of spring. The Iranian calendar is a solar calendar, meaning time is determined, through astronomical observations, by Earth's movement around the sun. So, the first day of the year always kicks off with the natural phenomenon of the vernal equinox.

300 million people from across the world take part in celebrations that involve leaping over bonfires, performing folk music and reciting poems, cleaning every inch of their homes and eating copious amounts of home-cooked food in the process. Nowruz, commonly known as Persian New Year, is a commemoration of spring and fertility, and marks the overcoming of sorrow and darkness. It’s celebrated not only in Iran, but in the likes of Azerbaijan, Afghanistan and countries across Central Asia, as well as their diasporas around the globe.

Nowruz, which means ‘new day’ in Farsi, marks the first day of the Persian calendar and falls at the same time as the spring equinox (usually on 20 or 21 March). Although it’s a secular holiday, it’s widely believed to be rooted in Zoroastrianism — one of the world’s oldest monotheist religions, dating back 3,000 years and preceding both Christianity and Islam.

Although the principles of Nowruz are the same, each country weaves in its own unique traditions — and spells it slightly differently. In 2016, it was added to UNESCO’s Representative List of Intangible Cultural Heritage of Humanity, recognising a celebration that’s withstood, quite remarkably, three millennia of changing regimes and religions.

People set off endless fireworks, jump over bonfires (to symbolise renewal of life) and release sky lanterns fille­­­d with their hopes and dreams for the year ahead. The new year is usually announced by Haji Firooz, a fictional, tambourine-playing character with ambiguous origins. In cities like Yazd and Isfahan, a festival called Sadeh honours fire for the 50 days and nights that precede Nowruz. 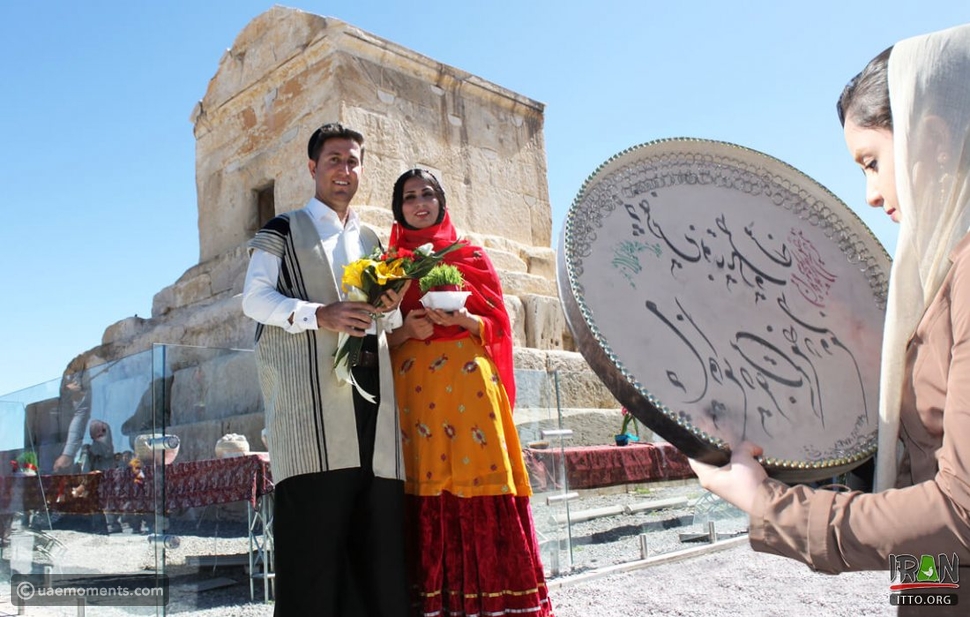 And when it comes to celebratory food, there’s an abundance of it. Traditional Nowruz dishes include:

- haft-sin, the custom of setting a table with seven items beginning with the letter s (seven is believed to be a lucky number). This can include: