Salt Bae, or Nusret Gokce, the popular Turkish chef and restauranteur is facing a $5 million copyright infringement lawsuit from Logan Hicks, a US artist.

The Brooklyn based artist claims that Nusret used his artwork across the world without permission.

According to the New York Post, Logan said he and Joseph Lurato were hired by the social media star to create a mural of him in his famous signature salt-sprinkling pose

Read More: Chef Burak Cutting Up Kunafeh in a Paramotor in Dubai

The Turkish butcher behind Nusr-Et steakhouse in Abu Dhabi and Dubai has used the stencils in his Miami steakhouse before being seen in his Dubai, Doha, Istanbul and New York outposts, say the court papers. “Defendants were engaging in widespread, unauthorised distribution and use of the original works,” claims the suit. “Defendants also unilaterally decided that they would instead unlawfully adapt, create and distribute unauthorised derivative versions of the original works … to display in Nusr-Et steakhouse locations in at least Abu Dhabi, Ankara, Etiler, Mykonos and Bodrum Yalikavak Marina."

According to the suit, Logan has asked Nusret to cease the use of his work but his restaurants “doubled down on their already widespread infringement, expanding their wilful use of the Infringing Materials to locations in Doha, D Maris Bay (Turkey), Boston, Dallas and several additional locations in Istanbul". 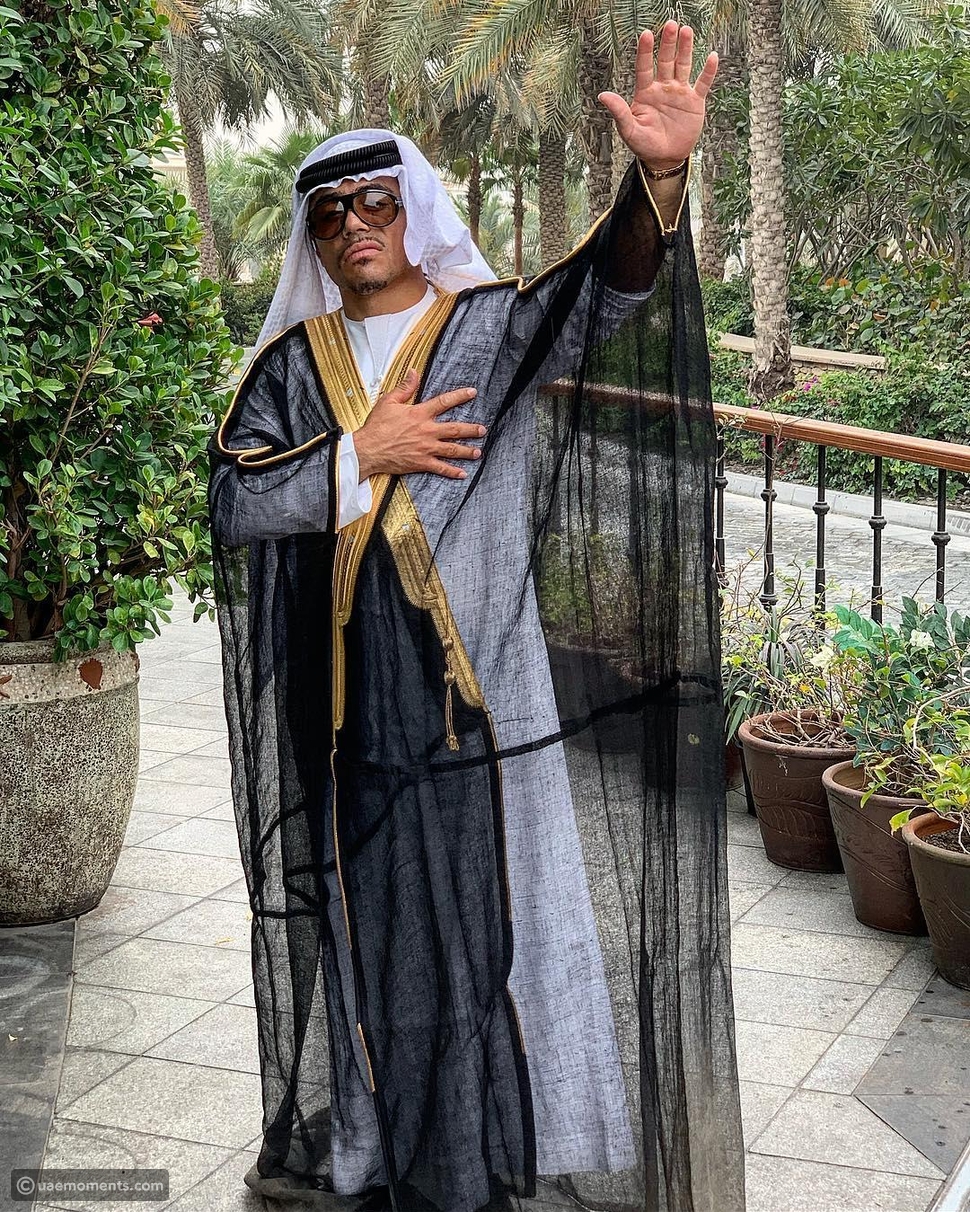 "The first commission turned into a second commission for the Miami location. Then later another for Doha," Logan wrote on his Instagram. "Each commission came with a signed contract, dictating the terms of the usage, where it would be located. What it could be used for. Who retained the copyright (it's us!)."