Sheikh Mohammed bin Rashid Al Maktoum, Vice President and Prime Minister of the UAE and Ruler of Dubai, has launched the ‘100 Million Meals’ campaign to provide food during the holy month of Ramadan.

Ramadan is all about giving and so in light of that as H.H released this initiative, and contributions began to pour, such as the chairman of Lulu Hypermarket, RTA and more.

Joining the chain for giving back in Ramadan, Abu Dhabi Islamic Bank (ADIB) has donated 1 million to provide one million meals in the region’s largest food donation campaign ‘100 Million Meals,’ launched on April 11th, to achieve the goal of this initiative. 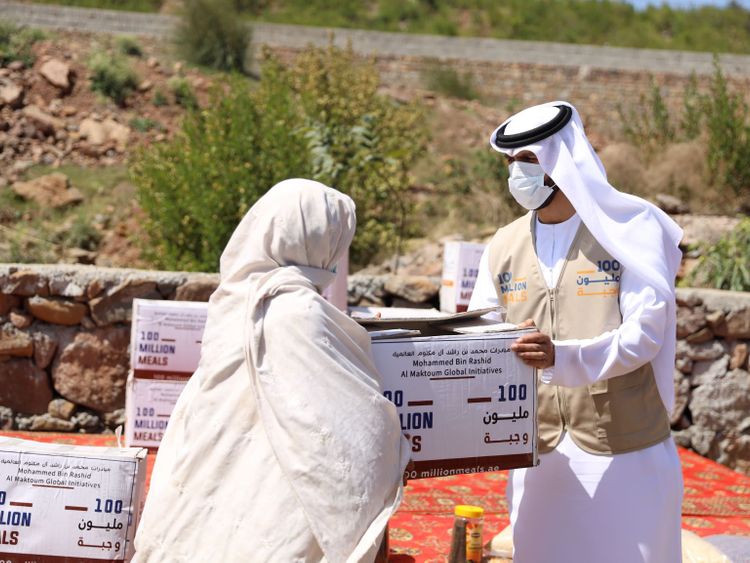 Hasan Abdulla Al Shamsi, Area Manager at ADIB Abu Dhabi Central Area and Estidama Council Member, said, "We are pleased at ADIB to be part of the ‘100 Million Meals’ campaign, and to help families in need across the Arab region, Africa, Asia, Europe and South America. We are also proud to be contributing to fight the international hunger challenge by partnering with the Mohammed bin Rashid Al Maktoum Global Initiatives to provide food parcels during the Holy Month across 30 countries worldwide. This initiative is in line with ADIB’s commitment to support the wise vision of the UAE government as well as its commitment to enhance and develop its social responsibility towards various communities."

You do not need to have a million to contribute and participate in the campaign, you can simply do so as donations can be made on the campaign’s website www.100millionmeals.ae; by making a transfer to the designated bank account through Dubai Islamic Bank (AE08 0240 0015 2097 7815 201); by sending "Meal" on SMS to specified UAE numbers (Du or Etisalat) listed on the campaign’s website; and by contacting the campaign call center on the toll-free number 8004999.