As soon as the auto industry woke up from the shock of the Covid-19 pandemic at the beginning of 2021 (if we arguably did), it entered the cycle of lack of electronic chips, the negative impact of which may be more severe than the pandemic that caused it in the first place, but That didn't stop a number of high-profile models from hitting the showrooms, both real and virtual. So, on the occasion of the end of the year 2021, we have chosen for you the best cars we have driven this year, knowing that the order in which they will be shown does not indicate that one car is better than the other, as each of the following models is excellent in its own way. The Porsche Taycan is not a traditional electric car, it is a combination of driving dynamism and endurance with a captivating exterior appearance combined with a high-tech interior design and the possibility of customization according to customer’s desire. Although electric and equipped with four doors, the Taycan lives up to its motto, reminding its driver at every moment that he is on board a car that belongs to the most successful brand in Le Mans races, with its lively steering and outstanding handling.

While the top-class Taycan Turbo S offers performance on par with super sports cars, we at ArabsTurbo recommend the less expensive four-wheel drive Taycan 4S. The 4S has a 522-horsepower drivetrain with equipment that includes 19-inch wheels, adaptive air suspension, a leather-trimmed interior and a keyless entry system. 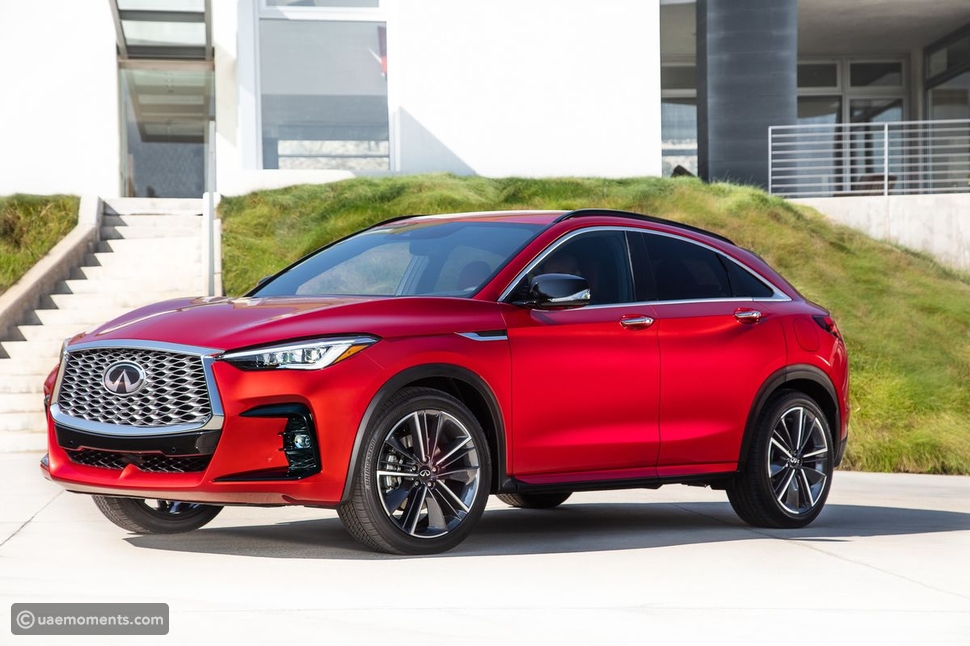 Although it shares the interior design, powertrain and suspension with its sister QX50, the QX55 is an all-new car with a different exterior design, this new Japanese crossover embodies the values ​​of Japanese elegance with a clear modern spirit, knowing that this modern spirit is based on a youthful philosophy that transcends the limits of exterior appearance and equipment, as it shares with its sister QX50 the same revolutionary engine that relies on dual-stroke technology. Its four-cylinder engine is designed to combine exciting sporty performance when needed with short stroke use of cylinder movement and fuel economy when using long stroke. And thanks to its sloping roofline design, it is up against the BMW X4 and Mercedes GLC Coupe.

Inspired by the classic MGB two-door sports car, the all-new MG GT is the third sedan to join MG's growing portfolio of affordable and value-for-money vehicles. With the brand focusing on younger buyers.

The all-new car is equipped with a turbocharged four-cylinder engine and a dual-clutch gearbox, which delivers a maximum power of 173 hp and a maximum torque of 250 Nm to enable the car to start from 0 to 100 km / h in 8 seconds . Hyundai's N brand, which was recently revealed at an event in Dubai Autodrome, plays the same roll that AMG brand plays for Mercedes or an M brand for BMW, meaning it represents the sports branch of the South Korean manufacturer. Initially, Hyundai provided three models bearing the N mark on its body, namely, the Kona N sports crossover, which provides a driving experience similar to that provided by sports hatchbacks with enhanced levels of practicality that are usually associated with crossovers to which it belongs, and there is also a Veloster model. The N with exciting fiery performance and youthful, sporty design, as well as the Sonata N or the sporty family sedan with a nervous spirit. 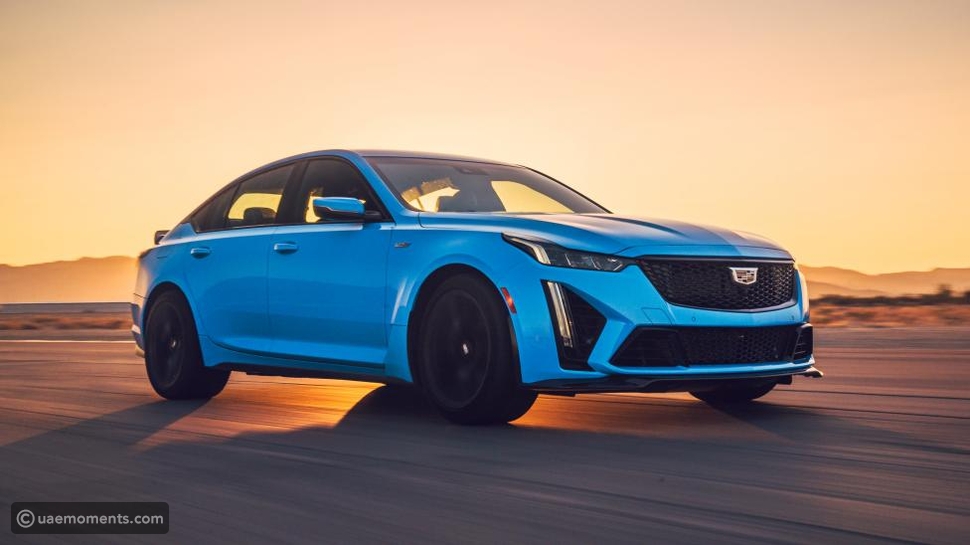 It's America's answer to the BMW M5. And while it doesn't have the newly developed V8 twin-turbocharged engine for the CT6-V, it has everything it needs to deliver pure sporty performance thanks to an updated version of the supercharged 6.2-liter engine that generates 668 power transmitted to the drive wheels via 10-speed automatic gearbox. The most important feature of the CT5-V Black Wing is that it is a sedan with highly dynamic and sporty capabilities that can also be tuned to provide extremely comfortable handling, especially since the car's standard magnetic dampers sense the surface of the road and your driving style to adjust the suspension accordingly. 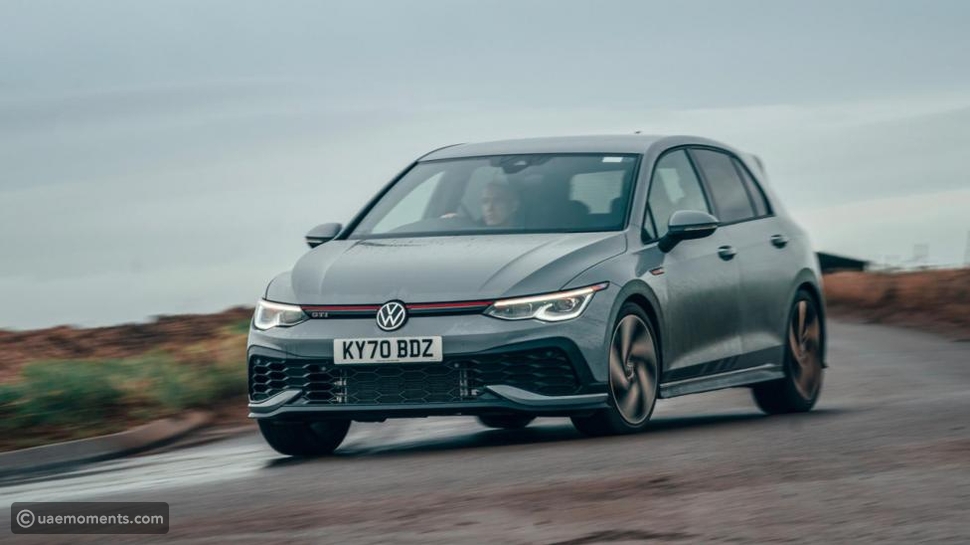 The Golf GTI has been a leader among sports cars for nearly 45 years, back in 1976. Like the previous model, the eighth generation of the car is equipped with Volkswagen's front-wheel drive system that proved extremely efficient,The car's new exterior design features a host of features specific to the new and traditional GTI models. The strip of the GTI has been redesigned with the addition of a parallel strip of LED lights, as well as the new Volkswagen logo. All of this gives the car a fierce and aggressive design. Mechanically, the new Volkswagen has a turbocharged engine that produces 245 hp and 370 Nm of torque. The SF90 has a charming design in every sense of the word, Ferrari engineers have worked in absolute harmony with the designers to come up with lines that blend Ferrari heritage with hyper-modernity within a framework of Italian elegance, but that is not the whole story, as the SF90, which is priced at arround $600,000, it has, within conventional commercial production, specifications that are usually exclusive to the hyper sports class of cars whose price is no less than a few million dollars.

Thanks to a hybrid system consisting of a turbocharged 4.0-liter V8 with 769 hp combined with an 217 hp coming from 3 electric motors, the Stradale has a total output of 986 bhp. When Mercedes, was about to re-launch the S-Class model in a new look recently, they decided, as usual, to provide it with the most advanced technologies, to redefine the luxury executive car segment once again.

And if the exterior design of the S-Class in its latest generation is a bit classic, the car’s cockpit is a revolution par excellence, whether in terms of elegant and simplified design or in terms of the technologies that are available to it, especially since all the functions of the car are now controlled through screens. Although it is difficult to improve something that is basically more than excellent, with the second generation of Ghost, Rolls-Royce designers were able to bring a range of improvements to various parts of the car built on the brand's engineering aluminum frame with a new suspension system It includes electronically controlled continuously variable shock absorbers. For the first time, the Ghost features a four-wheel drive system and a four-wheel steering system.

In addition, the rear compartment offers a beverage fridge installed between the two rear seats, which was developed with the advice of a experts.

Mechanically, the car is powered by a 6.75-liter twin-turbocharged 12-cylinder engine that produces 571 horsepower and 850 Nm of torque. To ensure an atmosphere of serenity and calmness while driving, 100 kg of acoustic damping materials have been inserted into the engineering structure, the car body and its tires to provide an outstanding level of performance without the noise inside the cabin.