5 Best Electric Cars In Our Markets for 2022

And one we've been eagerly waiting for...

Year after year, the importance of electric cars is increasing in our Arab markets. As soon as we take a peek at our roads and notice the increase in the number of electric cars, we realize that the future of mobility is for electric cars. So, to see the signs of this future, we offer you the best electric cars available in our markets in 2022, and one we are eagerly waiting for it to arrive as soon as possible. This is the car that we are waiting for its arrival in our markets, firstly because it marks the return of Hummer again and secondly because it has many distinctive features. It has a four-wheel steering system with an exclusive feature that allows it to direct the rear and front wheels at the same angle when traveling at low speeds, which enables it to move obliques.

It also has three engines that combine together to generate a power of 1000 horsepower, and by activating the "Whats to Freedom" feature, the Hummer EV is able to launch to a speed of 100 km / h in just three seconds despite its heavyweight and elevated body. 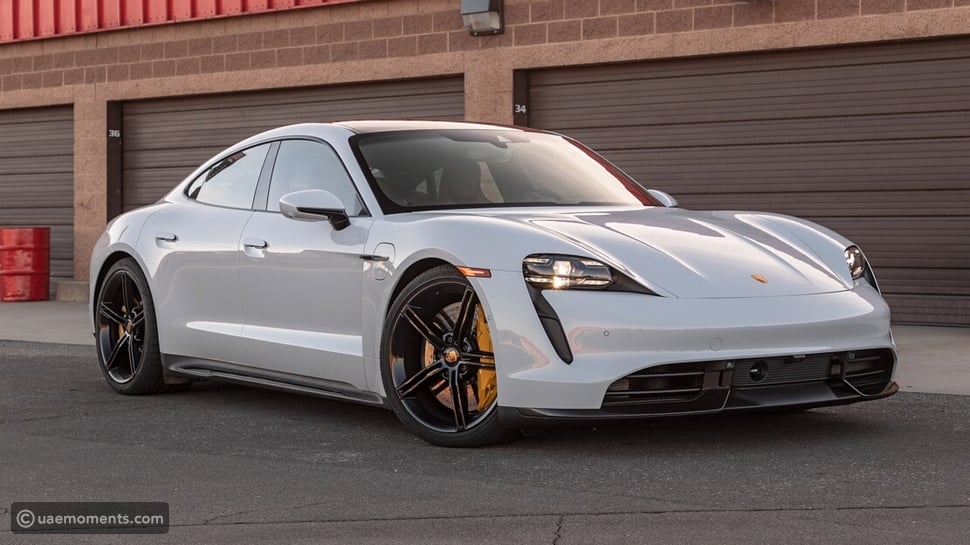 Being Porsche, the brand does understand the importance of the Taycan just as well as the big job it has to do, so the engineers at Zuffenhausen supplied  Taycan with everything it needs to succeed. In the beginning, Taycan enjoy the most beautiful exterior lines among all its sisters, with a spirit that draws so heavily the design features of the 911 Carrera in a way that if the rear doors were removed and the car is shortened a little, we would find ourselves in front of the most beautiful 911 Carrera in the history of this legendary model. The same applies to the cockpit, whether in terms of the seating position or in terms of the general design of the seats, which are also among the most beautiful seats designed by Porsche, and the same goes for the design of the dashboard and center console. Audi may not be the first brand to introduce the world to the sporty luxury electric car, as this honor belongs to Tesla, but the German four-ring brand’s Honor is that it is the first brand that makes us get used to the idea of ​​an electric car Through exterior designs that carry the same high-end modernity available to all its models without falling into the trap of futuristic designs devoid of any attractiveness, similar to what BMW did with the i8 model, which has no future features except for its external lines that are far from elegance.

It has an electric system with a power of 476 hp or 598 hp, depending on the specific model, whether it is the E-tron GT quattro or the RS E-tron GT. One of the most important characteristics that distinguishes the car is the distance it travels after charging, reaching 487 km thanks to the battery with a net capacity of 85 kWh. The 800-volt electrical system allows the car to be charged quickly via DC with a power of up to 270 kilowatts. The suspension also balances dynamic performance and comfort thanks to advanced technologies such as drive mode selector, all-wheel steering, damping control, three-chamber air suspension, electric all-wheel drive and a differential lock on the rear axle. The wheels are 21 inches in diameter, the brake discs have a diameter of 420 mm (16.5 inches), and the car can be equipped with carbon fiber and ceramic brakes. 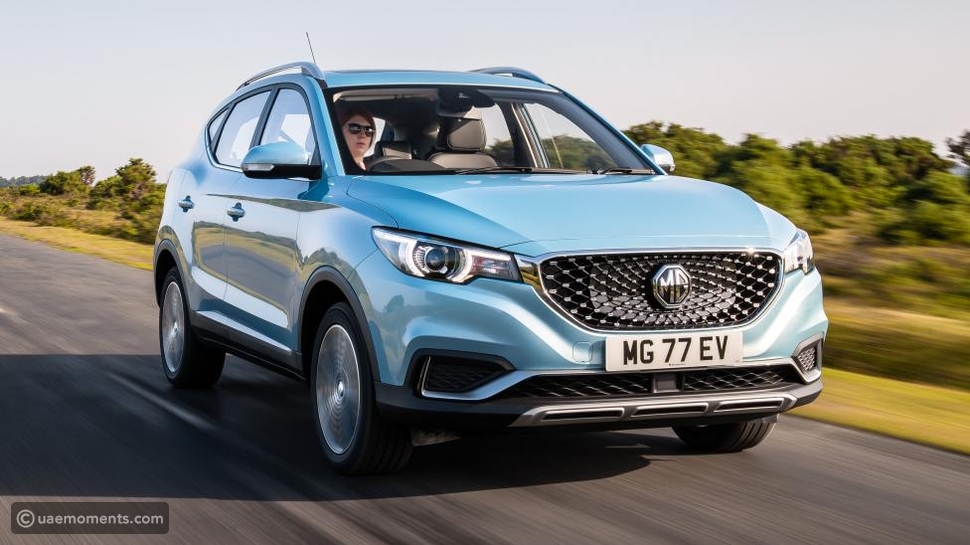 Regardless of the class difference, the electric MG ZS competes with well-known competitors such as the Chevrolet Bolt, Renault Zoe and Nissan Leaf in our markets.

The new MG ZS EV is a very practical vehicle, capable of traveling 335 kilometers on a single battery charge, and is equipped with a fast charging feature that can recharge the battery to 80% in just 40 minutes. Energy is provided by a single electric generator that drives the front wheels and produces 148 horsepower and 350 Nm of torque, with acceleration from zero to 100 km / h in 8.2 seconds.

Based on the popular ZS model with its 1.5-liter petrol engine, the EV is the ideal choice for customers who are looking for a modern, reliable vehicle at an affordable price.

As with MG vehicles, the new car comes with many features, as it contains an advanced infotainment system with an 8-inch touch screen and parking sensors. 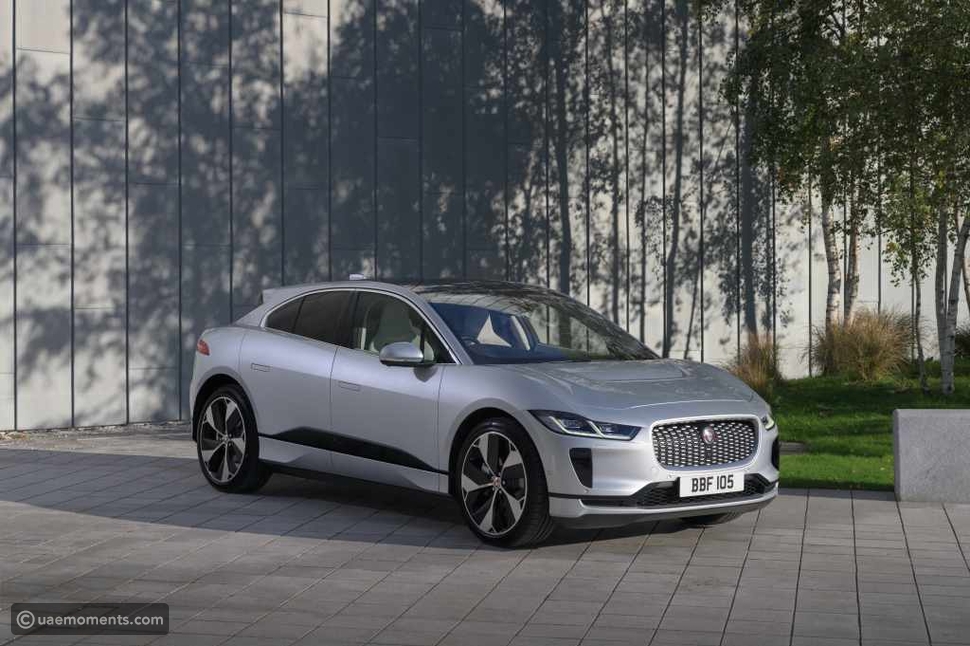 The I-Pace clearly expresses Jaguar's vision for an electric car with the Leaping Leopard logo on it, which means the exterior lines are as charming as models like E-type, and when you see the car in action, the first thing that catches your eye is the design intelligence with which Jaguar's design department has been able to pack the battery perfectly from a dynamic point of view.

The car adopts a design with a strong tilt angle for the rear window in a way that gives it high dynamic capabilities, and the rear window relies on an advanced coating that prevents water from gathering, thus eliminating the need for rear wipers that, if present, would hinder the flow of air over the body.

Similar to those found in other Jaguar cars, the LED taillights feature optically square shapes within the lamp circles to give the car a more aggressive and technical appearance.

In terms of the propulsion system, I-Pace hides an advanced lithium-ion battery consisting of 432 cells with a capacity of 90 kW, and a range of 480 km. The battery can be recharged to 80% in just 40 minutes using a fast DC charger (100 kW).

On the inside, the car enjoys an elegant design that appears through the proportional arrangement of the center screen in the center console and the digital instrument panel behind the steering wheel. The company also provides a smartwatch to control the car remotely and an application in which you can control the car through smartphones. The IX is considered the electric alternative to the famous X5 model, which has been very popular in the market since the first day of its appearance back in the late 90s as the first generation of SUVs from the Bavarian manufacturer, Just as IX today is building the foundations of the electric SUV from the same manufacturer.

The IX enjoys an electric motor and four-wheel drive capable of producing 516 horsepower with a start from 0 to 100 km/h in 4.6 seconds. BMW says the IX will have a range of about 483 km on a full charge. But xDrive 50 won't be the only version of IX for long. BMW is planning a more powerful IX M60 for the future, with more than 600 horsepower and the first all-electric SUV from BMW M. The car will come with a front grille that acts as a "smart sensor panel" made of polyurethane coating that can self-repair small scratches within 24 hours at room temperature or within five minutes of warm air blowing.

Besides, a lot of new technologies that will debut on the IX, from DC fast charging capabilities up to 200 kW, to 5G support and an eSIM card. The cabin also comes with a 12.3-inch curved screen and 14.9-inch control screen embedded in a driver-oriented one-piece frameless glass panel.