Related articles
RTA Adds 1,775 Hybrid Vehicles to Dubai Taxi Fleet
Electric Cars In Dubai Get Free Parking Until 2022
UAE: You Can Reduce Fuel Costs by 73% With an E-Car

The hybrid car remains the ideal choice for anyone who wants to obtain an economical means of transportation without going through the complexities associated with electric cars, and here are the five best hybrid cars available in the GCC markets today or soon available. 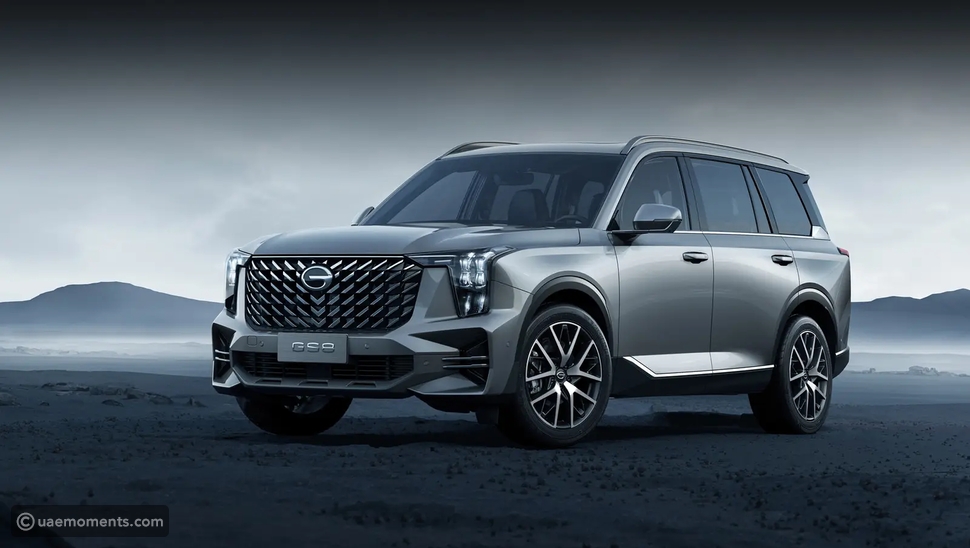 The GAC GS8 may be the most prominent hybrid car that has been presented in the recent period, knowing that our use of the word “may” here is more to confirm and not to show any doubt, the latter has elegant yet reverent exterior lines at the same time, as well as advanced hybrid technology and excellent specifications to say the least.

The GPMA wheelbase on which the new GS8 is based allows the use of a multi-link rear suspension and all-wheel drive capability that remains exclusive to the hybrid variant, so the front axle is driven by a turbocharged 2.0-liter four-cylinder engine that generates 190 horsepower, while the electric motor drives the rear axle with a 54 horsepower

The Chinese SUV looks large, with a boxy design that simulates the levels of prestige available in cars from the caliber of Cadillac Escalade, Toyota Land Cruiser and Hyundai Palisade. While the large central grille is the most prominent modern design feature, the GAC GS8 takes it so far that the GS8 is the most distinctive on the road with a look that can't be ignored.

In this context, we point out that the car has two options that the consumer can get, one of which is characterized by a continuous design that extends from the hood to the lower part of the front end. As for the second, the grille stops at the same level as the headlights. At this point, it's not clear if the different designs are compatible with the hybrid or hybrid versions of the car.

Read More: Why Is Renting A Car In Dubai The Best Option

Read More: The 10 Ugliest Cars Ever! 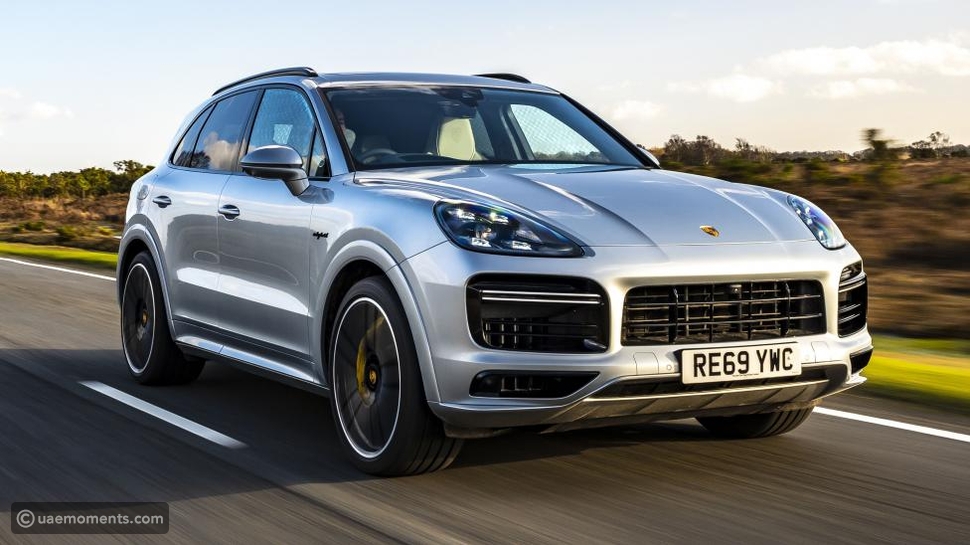 The Porsche Cayenne Hybrid is an excellent luxury SUV, with a powerful hybrid system capable of driving it with surprising ease on the open roads on one hand, and cursing  the city using battery power alone on the other. Dynamically, the suspension provides the ability to combine comfort on the highway and straight sections, with excellent traction on winding roads. Inside, the cabin is spacious, with high-quality materials, and the wide-screen infotainment system is easy to use.

The Porsche Cayenne Hybrid is available with two powertrain options. While the Cayenne E-Hybrid has a turbocharged 3.0-liter six-cylinder engine and an electric motor that brings the total power to 455 bhp, the Cayenne Turbo SE Hybrid is available with a 4.0-liter eight-cylinder engine and an electric motor with a total power available through these Hybrid system at 670 hp. Both systems are mated to an eight-speed automatic gearbox and all-wheel drive. 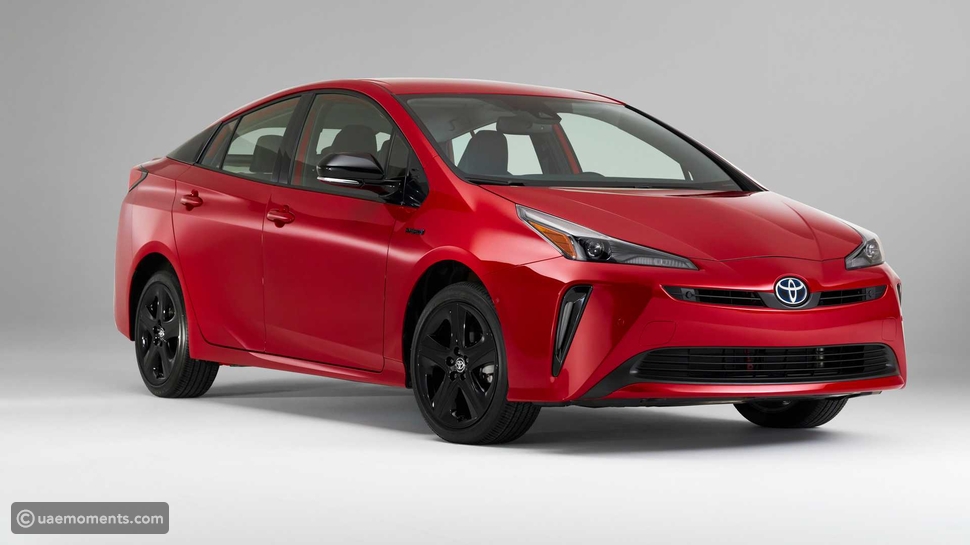 It is certainly one of the most successful hybrid cars in the world and is currently in its fourth generation, the advanced development and the accumulated experience can be seen in all the details of the car, both from its unique exterior design, its innovative cabin, and of course its advanced hybrid technologies.

Although equipping a car with an instrument cluster located in the center of the dashboard cannot be classified in any way as exciting, the information presented by the Prius cluster makes you ignore this matter, as it remains in the end a practical way to remove the steering wheel from the field of view when you want to follow The state of the vehicle's functions, especially since you can also benefit from the head-up display system.

Of course, the ability to reduce fuel consumption in the Prius is provided thanks to the hybrid technology on which the car is based, which consists of a 1.8-liter engine that produces 95 bhp at an engine speed of 5,200 rpm and a maximum torque of 142 Nm. combined with a 71 hp electric motor generate 121 hp when working together It should be noted that you can drive the car on electric power alone until it reaches a speed of 40 km / h. As for the transmission, it is done via an automatic CVT gearbox.

In terms of exterior design, looking at the Prius from the outside makes you see the great effort made by the design team to hide the dimensions of the car that enhance the interior space, especially in terms of roof height. The truth is that they have been spared to the extreme, although the design of the Prius' body makes it more or less sci-fi, it never lacks elegance. 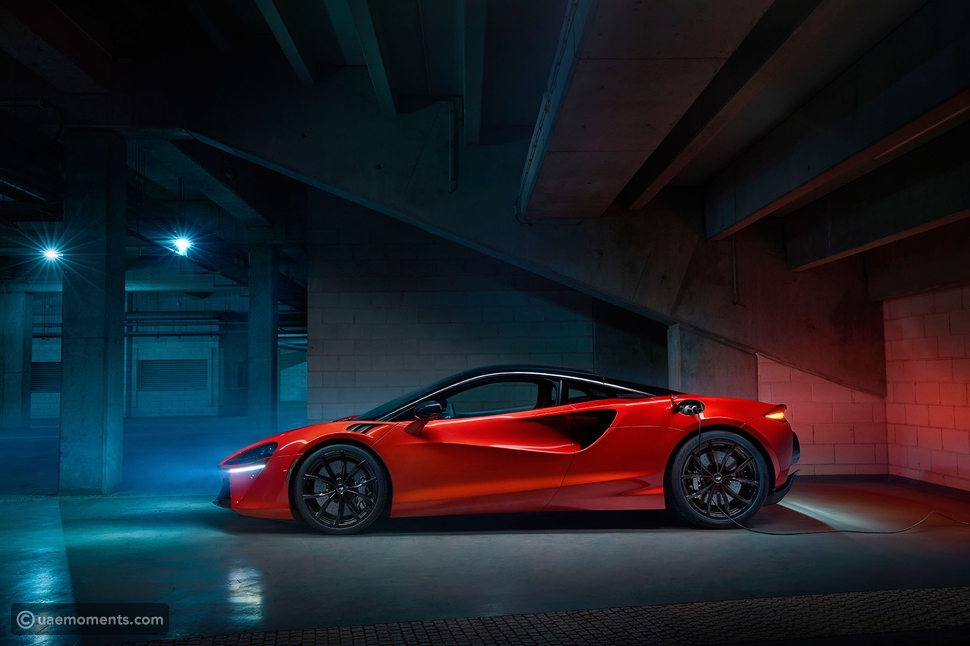 The McLaren Artura comes as a replacement for the well-known McLaren 570S, which is based on an all-new wheelbase and a lightweight carbon-fiber chassis as is customary for the manufacturer from one of the most successful teams in Formula One.

Mechanically, the McLaren Artura 2022 benefits from a plug-in hybrid rechargeable system, which combines the first six-cylinder engine available in McLaren cars with an electric motor, knowing that the internal combustion engine is a turbocharged 3-liter that alone is capable of 577 bhp and 584 Nm of torque, while the electric motor generates 94 bhp and 225 Nm of torque, when the two engines work together they produce 671 hp and 804 Nm of torque. As for the transmission, the Artura comes with an automatic eight-speed dual-clutch gearbox.

The latest car of the British manufacturer, which weighs 1,395 kg, accelerates from a complete stop to a speed of 100 km / h in 3 seconds, and has a top speed of 330 km / h. The car can also cover a distance of up to 30.5 km depending Exclusively on electricity. The 3008, which is considered the smallest crossover produced by the French manufacturer, is characterized by a design that is in harmony with Peugeot's future direction, which states that the company's cars the external shape, must be in harmony with of the logo that adorns their bodies, the lion.

From the inside, the 3008 has the same revolutionary design as the 208 with a driver-oriented interior and sporty designs, most importantly the sporty steering wheel and digital gauges.

Now, before getting into the mechanical details, we stay inside to point out that the 3008 is the same as all modern Peugeot cars in terms of its futuristic cabin with impressive digital gauges and distinctive driving assistance systems. But the most noticeable thing is the use of the same type of fabric used on the seats to cover some parts of the front console, which gives the car a special character from the inside.

And being the first hybrid car from the French manufacturer in our region. Mechanically, the Hybrid trim of 3008, as indicated by its name, has a hybrid system consisting of a turbocharged 1.6-liter four-cylinder engine with a 200 BHP and a 100-bhp electric generator and a range of 45 km on a single charge.