"The roads and transport sector is critical not only to accelerating economic growth but also enhancing the wellbeing of the community. The rapid development of Dubai’s roads and transport network, with investments exceeding AED140 billion over the past fifteen years, reflects our belief in the role a strong infrastructure base plays in enhancing our global competitiveness" His Highness said. 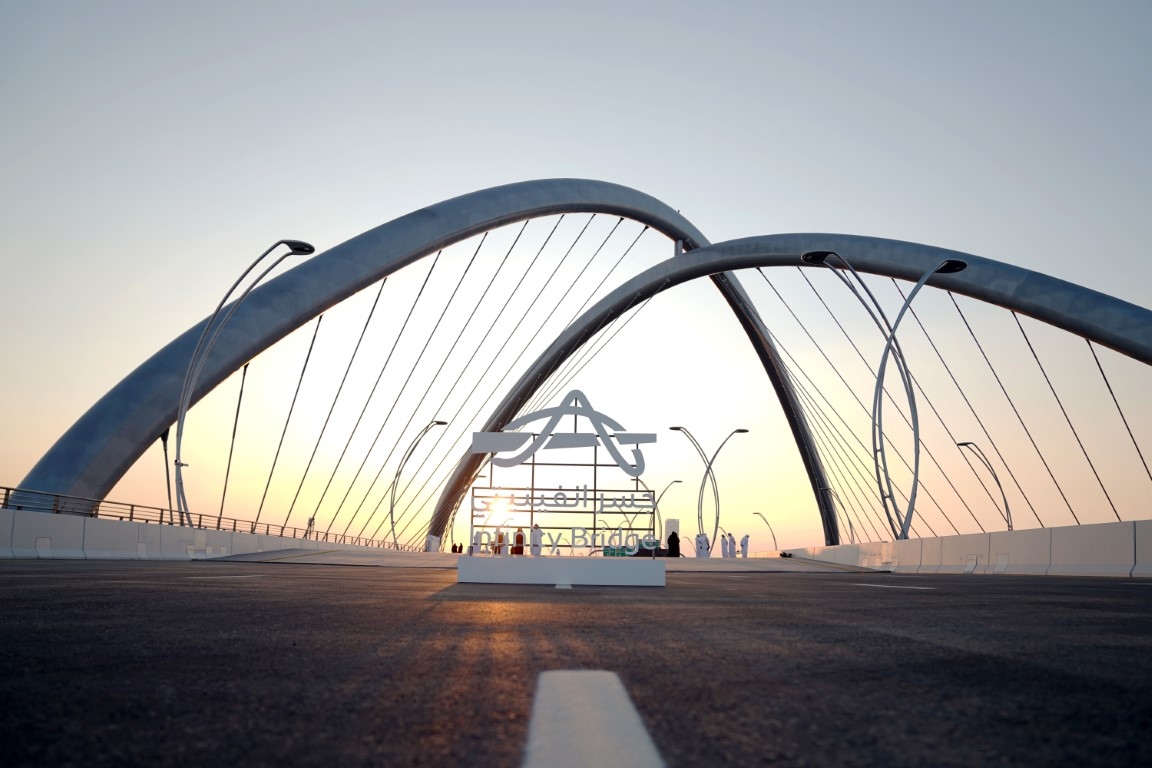 Mattar Al Tayer also briefed His Highness about the Infinity Bridge and Al Shindagha Corridor Project, which the new bridge forms part of. Consisting of six lanes in each direction, the Infinity Bridge has an architectural arch shaped in the form of the infinity symbol. The bridge’s iconic structural design is inspired by the infinity concept, which symbolises Dubai’s unlimited ambitions.

The bridge supports development needs and improves the link between Deira and Bur Dubai by raising the total number of lanes crossing Dubai Creek from 48 to 60.

The bridge can accommodate 24,000 vehicles per hour in both directions and features a combined 3-metre-wide track for pedestrians and cyclists.