Be aware of these 11 laws in UAE

In some cases, you may face deportation

Be aware of these 11 laws in United Arab Emirates

The UAE has displayed an extraordinary advancement across all fronts in our lives. From infusing tolerance to constructing new wonders. The impossible has become a reality, and yes there is Minister of Possibilities and a Minister for Happiness. Building the highest tower in the world (Burj Khalifa), the only 7 star hotel in the world (Burj Al Arab), the Palm on reclaimed land from the sea… are just few examples. However, if you live or plan to visit United Arab Emirates, you should be aware that tolerance and breaking the law are not hand in hand. So make sure you are aware of the following to make your stay and trip to UAE a memorable one. Breaking the law can get you in severe trouble. 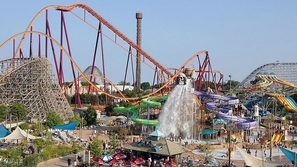 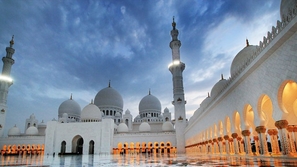 Most beautiful mosques in the UAE

It is illegal in the UAE to “invade the privacy of another person” using computer networks or social media. This can lead to a minimum six-month jail sentence and a fine of between 100,000 and 500,000 dirhams.

A case hit the headlines in 2016 when a woman in Ajman was accused of breaching her husband’s privacy after transferring photos from his phone to hers via WhatsApp. She later accused him of having an affair. As well as being fined 150,000 dirhams, the woman was deported.

2 - This sounds strange. Eating or drinking is not allowed on public transport

Eating and drinking is completely banned on all forms of public transport and their stations, from metros and buses to pedestrian crossings. Getting caught consuming food and beverages can cost you 100 AED.

Poppy seeds are a source of opium and are a banned substance in the UAE. Being caught in possession of poppy seeds is a serious violation of the law and results in a jail sentence.

As per the UAE’s cybercrime laws, VPN users can face fines ranging between 500,000 and 2 million dirhams if they are “using a false IP address or a third-party address by any other means for the purpose of committing a crime or preventing its discovery”. So whether you are trying to access a restricted or blocked site, or downloading copyrighted material, you are risking a hefty fine.

Don’t let the frequent sandstorms give you the excuse for having a dusty car. Dirty cars are seen to be “disfiguring the city image and public health”. As a result, they are routinely towed away, with owners being fined up to 3,000 dirhams.

6 - Washing your car (remember the previous!)

While not washing your car can get you into serious trouble, washing your car “incorrectly” can, too. You are prohibited from washing your car in residential areas or employing laborers to wash your car. These casual car washes “distort the city’s beautiful image” as well as being environmentally hazardous, as the dirty water pollutes the streets and sewers. Car wash must be done at proper facilities in malls, petrol stations and parks. Most of these car washes use recycled water and chemicals that don’t harm the environment. 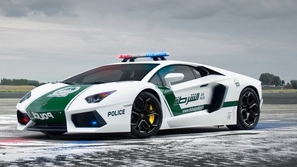 Raising money for charitable causes close to your heart is a sensitive business in the UAE. Fundraising must first be approved by the Islamic Affairs and Charitable Activities Department (IACAD); otherwise, publicizing the fundraiser and appealing for donations with permission breaches the UAE’s charity laws. This can lead to imprisonment, fines of between 250,000 and 500,000 dirhams.

8 - Taking photos of people without their permission

This is a very serious offence that has caught out many people in the past. The UAE is very strict about preserving the privacy of individuals, and taking a picture of someone without their knowledge or consent is taken very seriously. This is further exacerbated if you post these images on social media platforms. According to the cybercrime laws, you can be fined up to 500,000 dirhams and jailed for six months for the offence, although in practice the sentences are much harsher, with various visitors having been deported.

One infamous case was that of Jodi Magi, an Australian teacher who was jailed, fined 10,000 dirhams and deported after posting an image of a vehicle parked across two disabled parking spots to her personal Facebook page.

Swearing in public is completely prohibited in the UAE, with the use of the F-word being a crime, as it “disgraces the honor or the modesty” of a person, according to Article 373 of the UAE Penal Code. Swearing is punishable by up to a year in prison and a fine as high as 10,000 dirhams (£2,157). Flashing your middle finger, which is considered an “indecent gesture” that breaches “a victim’s pride, privacy and/or modesty”, will result in deportation.

This extends to your online activity; using swear words in WhatsApp messages, or on any social media or messaging platform for that matter, breaches UAE’s cyberlaws. This includes sending emojis of the aforementioned indecent gestures. You can face a fine of up to 250,000 dirhams, a prison sentence or deportation.

10 - Snapping and sharing photos of road or aviation accidents

Taking pictures in general is a risky business in the UAE. As well as a prohibition against taking pictures of military buildings, courts and palaces, you are not permitted to take any pictures of road accidents you see on your journeys. This can set you back between 50,000 and 3 million dirhams, and leave you at risk of deportation. This extends to aviation accidents: posting images and videos on social media platforms is completely prohibited.

Possibly the most ambiguous offence on this list, anything construed as a rumor is punishable under UAE law. Gossiping, especially on social media, can result in a three-year jail sentence and a fine of up to 1 million dirhams. Intending to crack down on those who “damage the social peace and public order” and pose a threat to “national peace”, the UAE has very strict laws about the spreading of news online.

This was brought to light after the 2016 floods, when photos and videos of the damage caused by the heavy rain and strong winds were circulated widely on social media platforms. These were denounced as rumors, and it was declared that discussing the storm and sharing negative photos was illegal.