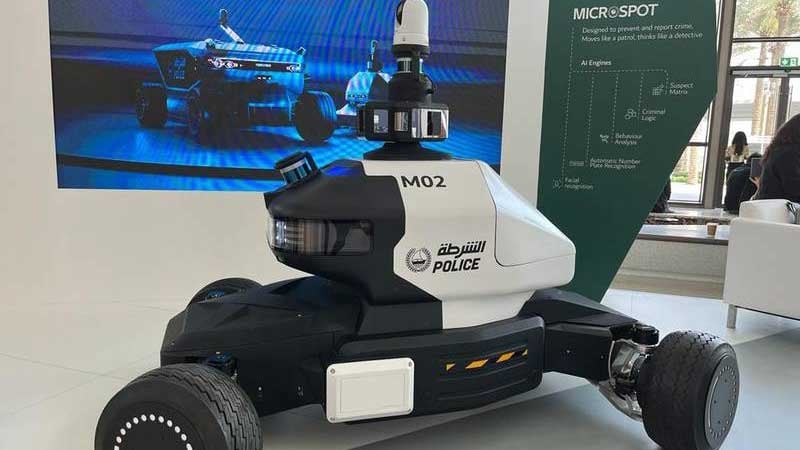 The ‘Drone Box’ will reduce the police response time from 4.4 minutes to just one minute and can drive up to 50km per hour. It works by selecting select a pre-programmed mission or click on the Dubai map; the drone will automatically take off to go to the desired location and share visuals with the operator.

The drone also has a live feed in case of an alert or alarm system in a certain location.

These drones can also be deployed at industrial sites for inspection, such as to know the radioactivity at nuclear plants and oil and gas facilities.

Upon returning to the platform, the drome will recharge for the next mission as it’s embedded with a self-charge system.

M01 autonomous vehicle will be deployed on the highways to check the speed limits as well as other security purposes.

Is equipped with a drone, multiple cameras and can also scan people’s faces and share the data with the relevant authorities.

In case of an accident, the vehicle deploys the autonomous drones and Dubai Police officials will be able to take visuals to assess the situation on the ground.