Dubai ranked first in Middle East and North Africa (MENA) region and second in the world in attracting foreign direct investment (FDI) in cultural and creative industries (CCI) in 2021.

According to the Dubai FDI Monitor report, Dubai attracted 233 new projects in the creative economy in 2021.

Surpassing other major cities such as New York, Singapore and Berlin, Dubai improved its rankings from fifth in the previous year. The report was based on data from the Financial Times' 'FDi Markets', the world’s leading data source on greenfield FDI projects.

The sector’s estimated value of FDI capital flows exceeded AED4.9 billion in 2021. The rise in FDI inflow and rankings reflect the enhanced attractiveness of the emirate’s creative economy.

In terms of the number of new jobs in the creative economy, Dubai held on to its top rank regionally and fourth globally with 6,204 new jobs created from FDI. 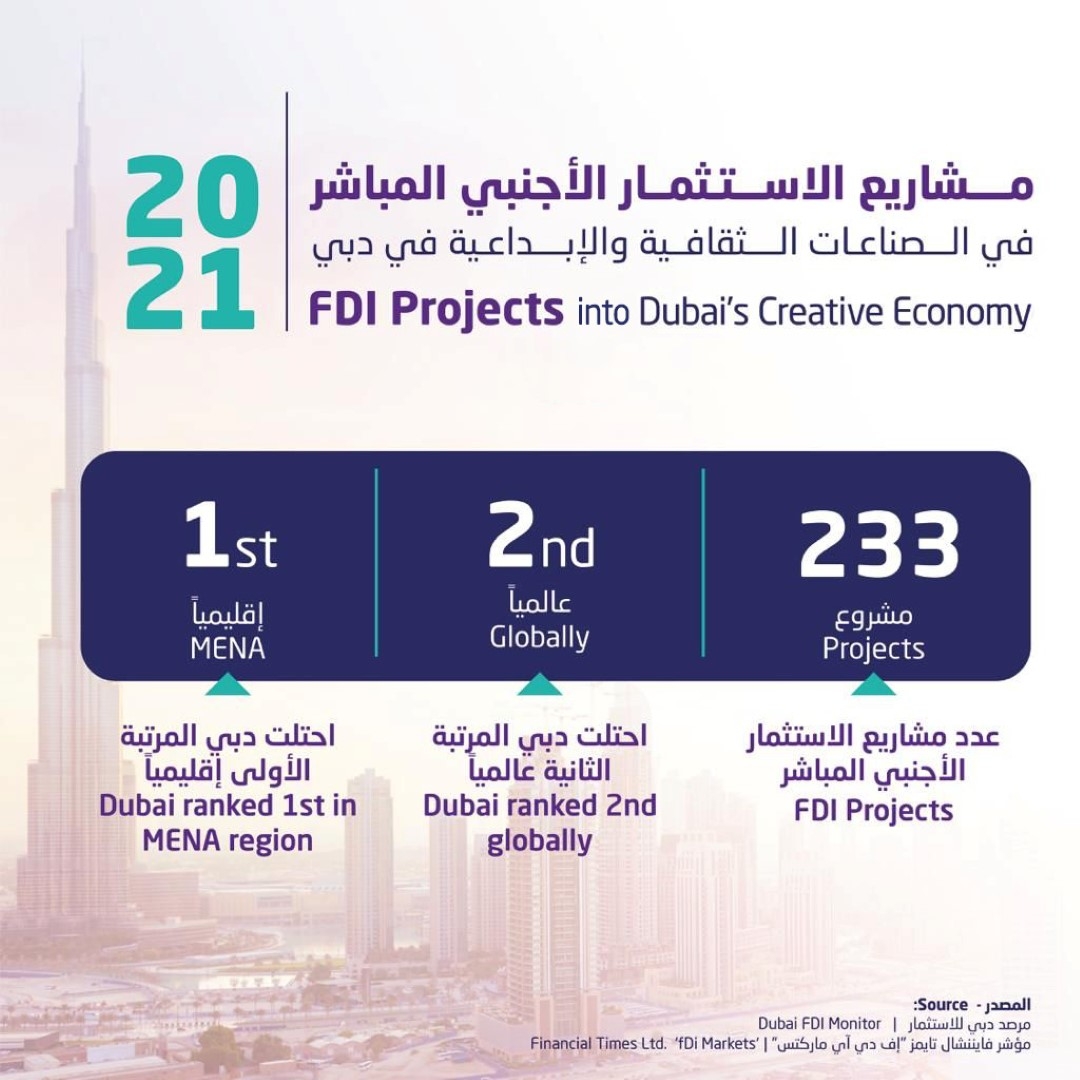