Each train will have a seating capacity of over 400 passengers and will run up to 200 km/h.

The passenger train will connect 11 cities and regions in the UAE from Al Sila to Fujairah, including Al Ruwais, Al Mirfa, Dubai, Sharjah, Al Dhaid, and Abu Dhabi.

Passenger services will allow travellers to plan their journeys between the Emirates and cities of the UAE more efficiently, from booking their tickets until they reach their final destination.

Read More: Pictures: Etihad Rail To Connect The 7 Emirates With Saudi and GCC 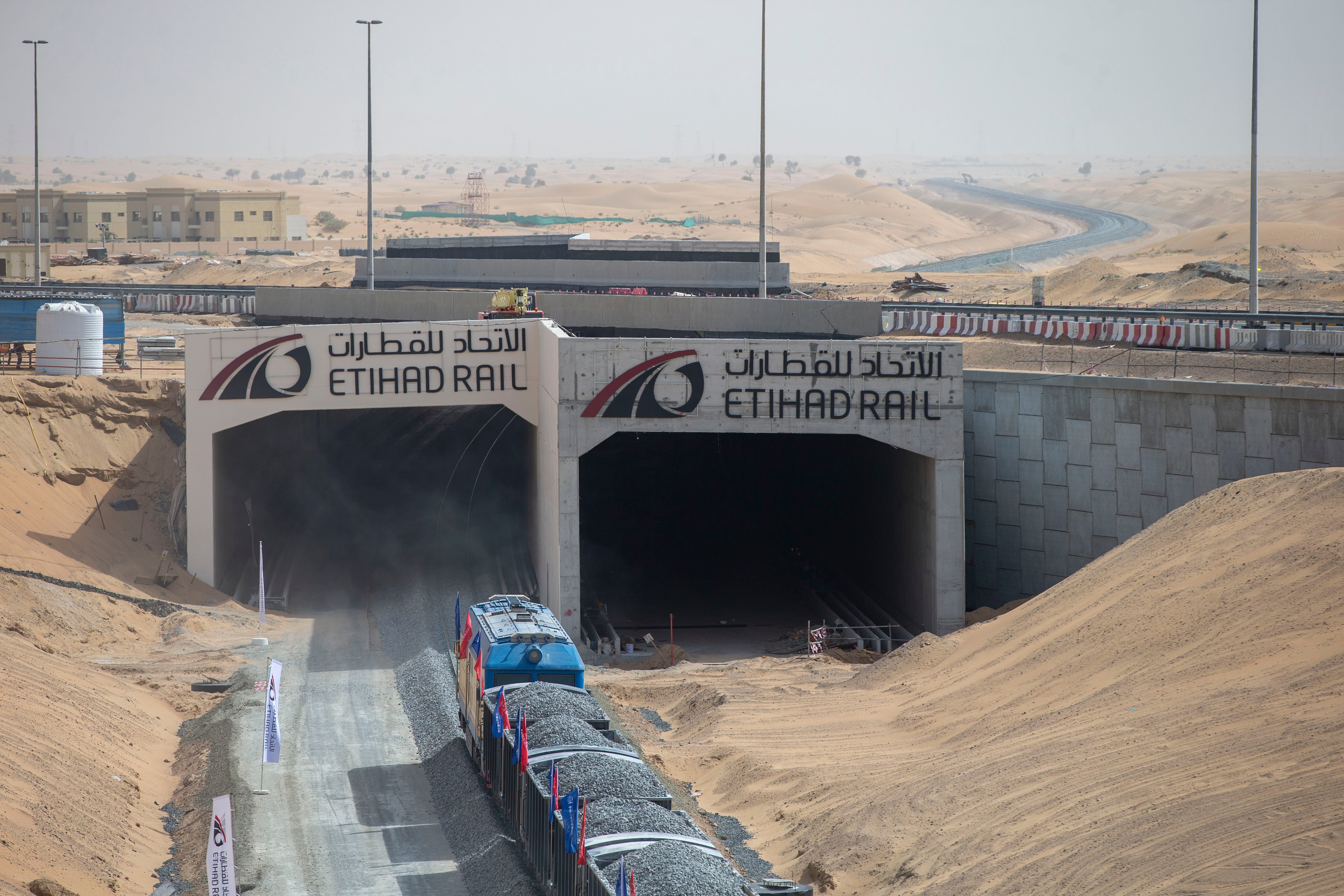 In February, Etihad Rail signed an agreement with First Abu Dhabi Bank (FAB) for financing the railway passenger transport services, with a total value of AED 1.99 billion as part of the UAE National Railways Programme.

The National Rail Network's route in the final package of Stage Two extends for 145 kilometres, connecting the borders of Dubai and Sharjah, going through Fujairah to Ras Al Khaimah. It comprises 54 bridges and 20 wildlife crossing points.

It also has nine tunnels extending 6.9 kilometres through Al Hajar Mountains, including the largest heavy freight railway tunnel in the Arab Gulf which runs for 1.8 kilometres. The route is known for its distinct geographic location, being surrounded by mountains on all sides.