The Story Behind Each Dirham Note

Related articles
UAE: The Country Has Lot to Contribute to UN Security Council
A number of intellectuals participated in the of "In A Parallel World"
Restaurants Taking Crypto Payments in Dubai

The UAE currency, ‘Dirham’ has been introduced for the first time on 19 May 1973. Prior to the Dirham, the Rupee, Dinar and even the Maria Theresa silver thaler were used.

Read More: What is Zakat in Islam? How to Calculate It?

Read More: Top Offers and Coupons Apps in The UAE

Read More: Here's How to Save Money in the UAE

Here is the story behind every note and every dirham that you definitely own in the UAE. 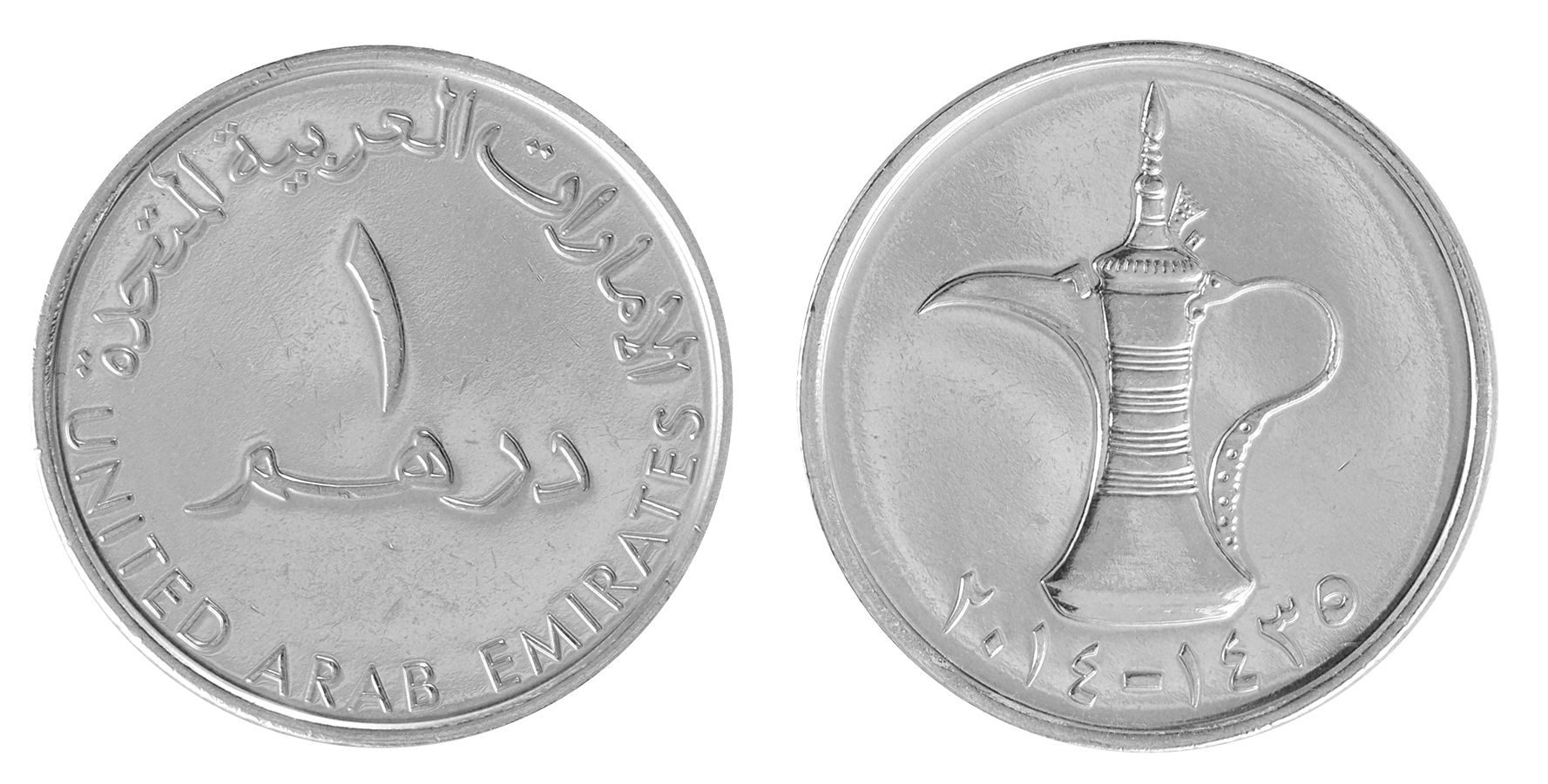 The symbol of a 1 Dirham coin is the Dallah Coffee Pot which represents Emirati culture and the hospitality for guests. How do they welcome guests? Dating back to the earlier days, the Emirati followed a tradition of greeting the guests with a steaming pot of Arabic coffee with some dates. Arabic coffee or Qahwa is a perfect blend of Cardamom and Saffron and is still served as a welcome drink among most families. 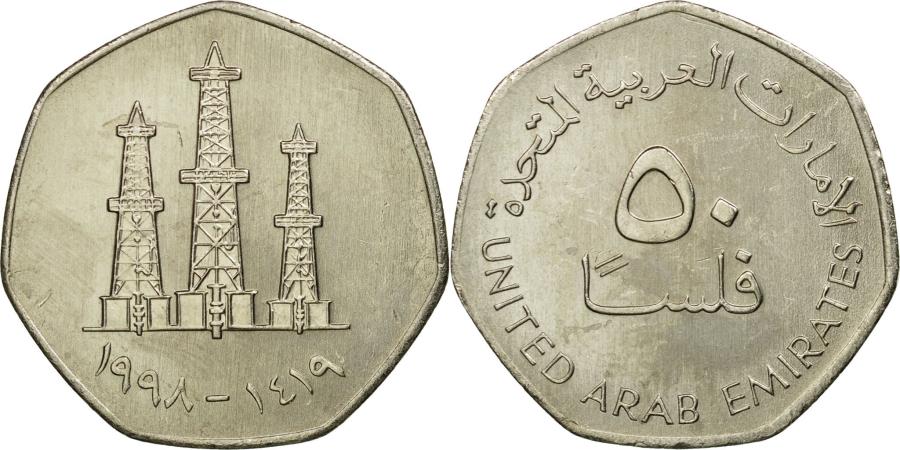 The little structures you see on 50 Fils coins are actually three oil derricks marking the turning point in the UAE’s history. Contributing massively to the country’s progress, oil was first discovered in the 1950s, even before the seven emirates had united to form the UAE. Before the discovery of oil, fishing and pearl-diving were the main sources of income in the UAE.

The 25 Fills Currency of UAE 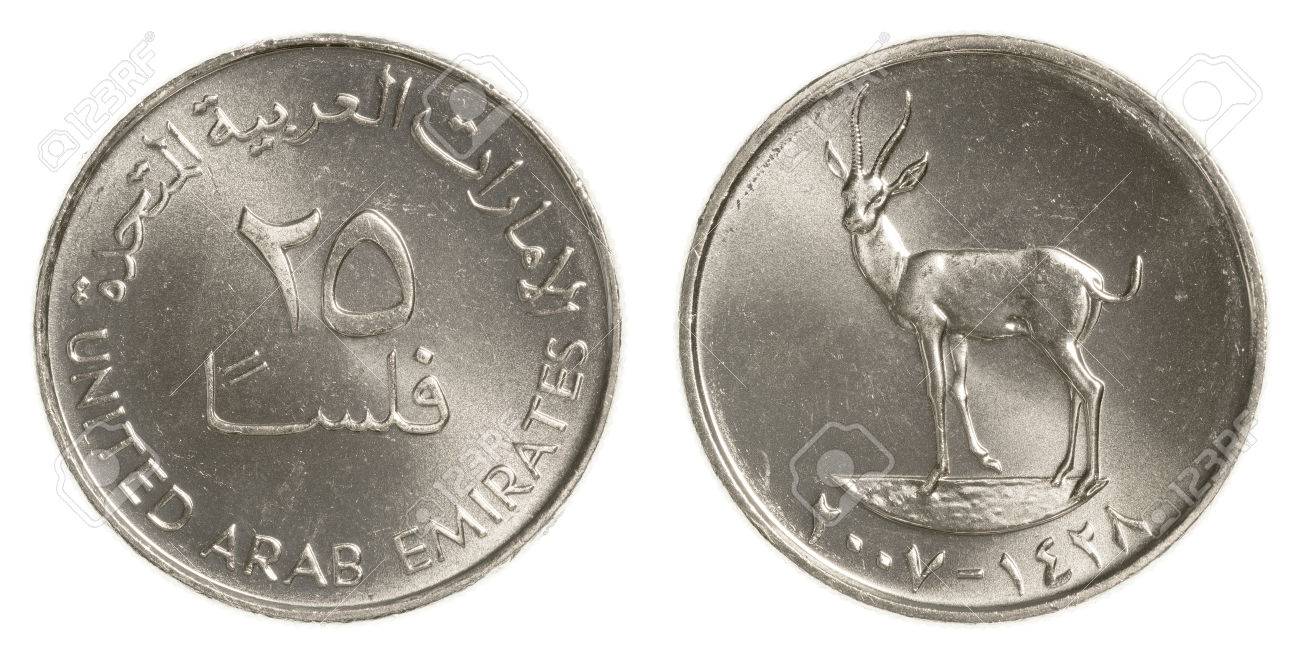 The Symbol on the 25 Fills Coin is a gazelle is the Arabian Sand Gazelle, a native of the UAE’s desserts. These magnificent creatures are mostly found in the deserts of Abu Dhabi. They are an integral part of wildlife in the UAE and are known to have been around since the time of the late Sheikh Zayed bin Sultan Al Nahyan.

The symbol found on a 5 Dirham note is the blue soak in Sharjah. Blue Soak is also called the Central Market, known for trading and shopping. About the place, it is of rich culture with 600 shops selling almost everything. Being built with stunning architecture, it stands as one of the historical monuments in UAE and fits the best in its currency. At the back of AED 5 banknote, you will find the Imam Salem Al Mutawa Mosque. 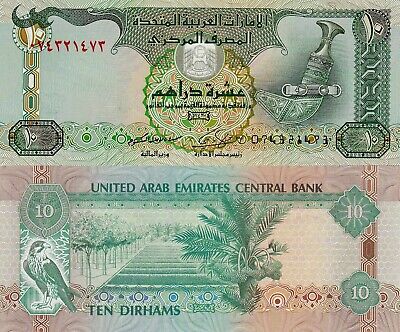 Omani Dagger is a weapon used for hunting by the men. Being a symbol of power, it will forever remain as an iconic symbol of the UAE’s heritage. Though the use of these has gone, it still makes itself a place as collector’s items because of its cultural importance.

This one is a UAE national symbol that we most strongly associate with life in the Middle East. The palm tree was a source of food and shelter before the country transformed into the modern, commercial hub that we know. Symbolizing sustenance and hospitality, the palm tree appears on the AED 10 currency note as a reminder of what stood tall in the country before the era of the skyscrapers and shopping malls.

The iconic dhow boat appears on the AED 20 currency note. Early day Emiratis relied almost solely on fishing and pearl diving for their income. These traditional sailing vessels with their distinct lateen sails would take divers and fishermen out to sea for months at a time. Sailing and freediving were dominant occupations among most local men. Like a lot of the national symbols, this one also serves as a reminder of the pre-oil era in the UAE, when men needed to rely on dhow boats to make ends meet.

The Arabian Oryx is the symbol found on a 50 Dirham note, as it is again a creature in the deserts of UAE and the national animal of the country. Not of much cultural importance, it made itself as one of the symbols to mark the presence of wildlife. Due to the efforts of Sheikh Zayed Bin Sultan Al Nahyan, once an extinct animal, now has been saved and walks with pride.

The Al Fahidi Fort is the symbol found on the 100 Dirham Notes as this place acted as the residence of the rulers and a fort of defense for the country over 200 years ago. Built in 1787, this is one of the most important landmarks that represent the UAE heritage. The fort still stands in the Al Fahidi area in Bur Dubai as the Dubai Museum now, where visitors can catch a glimpse of the historical artefacts as well as get an insight on the life of people in the UAE back in the day. The UAE Coat of Arms can also be seen on the 100-dirham banknote.

The Central Bank of the United Arab Emirates is the entity that is responsible for managing the currency of country making it a fitting symbol on the UAE currency. This iconic building is located at the Al Fahidi District, facing the Dubai Creek.

500 Dirham Note symbol is the Falcon

The Falcon bird played an important role in the past. Bedouins used this bird to hunt small prey and have been an important survival tactic those days. However, now it has become a pass time for the locals and a cultural aspect for the tourists. In addition, it is the national bird and official emblem of the UAE.

The symbol on the 1000-dirham note is ‘The Qasr Al-Hosn’, the ancient stone watchtower in Abu Dhabi. With this being the safeguard, also served as home to the rulers and seat of the government. This has now become a museum preserving relics and artefacts.