The flag of the United Arab Emirates has been a source of great pride for Emiratis. But did you ask yourself what do the colors mean, who came up with the design and how did it come to be? Let's find out the full story about the UAE flag.

The Story Of UAE National Flag

The truce was abolished in 1971 after which six of the sheikhdoms — Abu Dhabi, Fujairah, Sharjah, Dubai, Umm Al Quwain and Ajman formed the United Arab Emirates. Ras Al Khaimah joined the Federation in 1972.

The Pan-Arab colours —red, green, white and black — were used for the final flag. The four-colour design includes three horizontal stripes with a vertical red band on the right.

So Who Designed The UAE Flag?

The UAE flag was originally designed by Abdullah Mohammed Al Maainah who was 19 years old at the time. His design was one of many competing to become the official symbol to mark the country’s union. He understood the essence and the importance of the UAE’s flag and so put all his efforts to win the competition. He later went on to become the Minister of Foreign Affairs.

The new flag was originally raised for the first time on December 2nd 1971 by the country’s founding father, His Highness Sheikh Zayed bin Sultan Al Nahyan. Representing unity, the Pan-Arab colours are a staple sight in all national, religious, social, sports and other events held in the United Arab Emirates.

One of the interesting UAE flag facts is that only the President of the United Arab Emirates is allowed to raise the UAE flag with the falcon emblem. This version is also known as the UAE presidential flag. 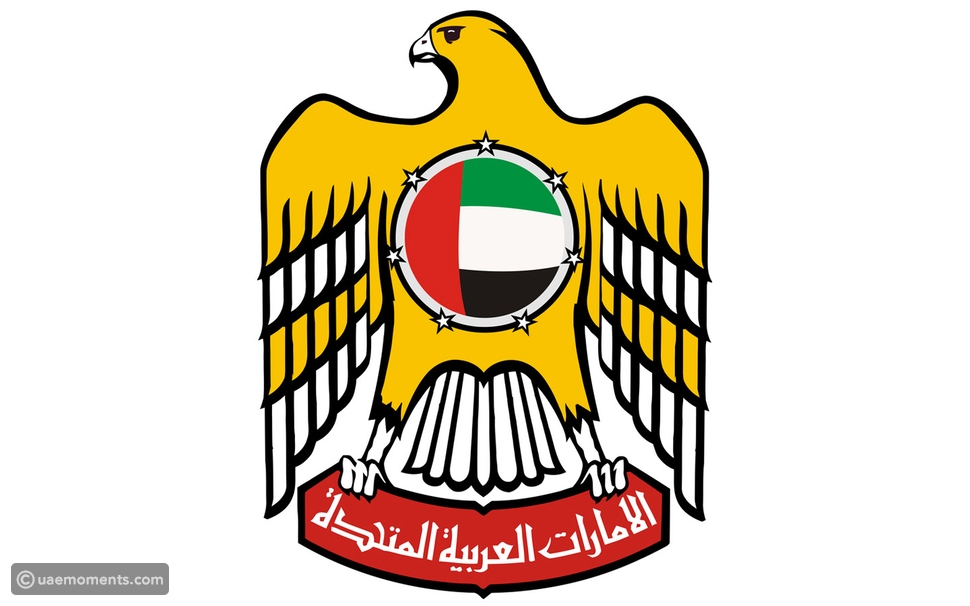 The emblem of the UAE was originally a golden hawk with a circular red shield in front with seven stars and a white Arab sailboat.  This was the official emblem of the country until 2008 before the shield’s design was changed to the national flag.

The Colors Of UAE National Flag

The history of the UAE flag has a direct impact on its design, especially the colours chosen for it. The flag represents UAE citizens and the values that make the nation so great like achievement, dignity, pride, safety, peace and happiness. 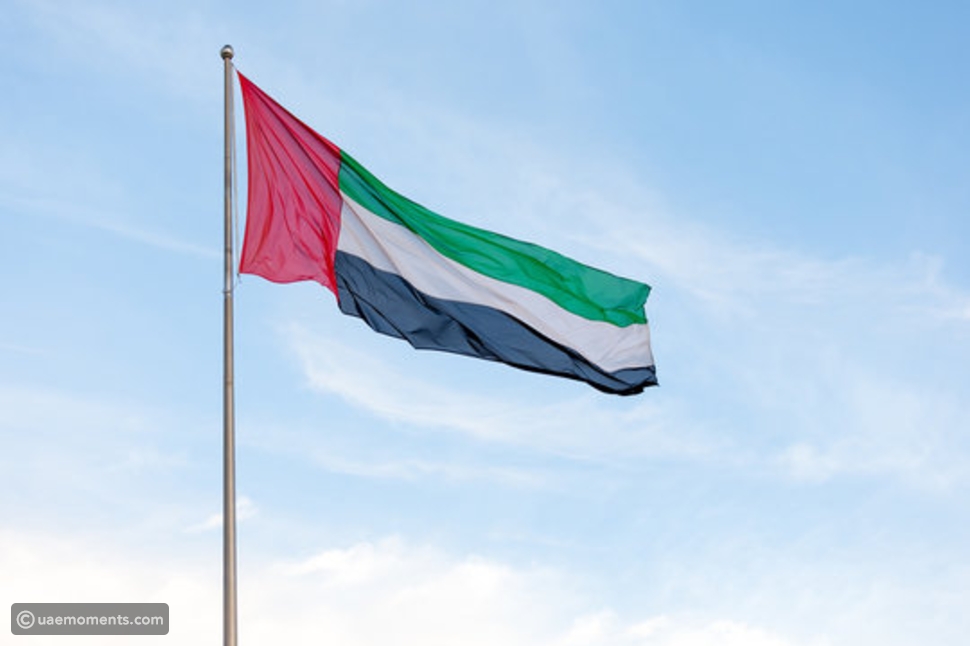 Meaning Behind The Colours

The history of the UAE flag has a direct impact on its design, especially the colours chosen for it. The flag represents UAE citizens and the values that make the nation so great like achievement, dignity, pride, safety, peace and happiness.

When using the flag, the red stripe is closest to the pole and the green on top. Here is a brief look at the UAE flag colour meaning:

The vertical red stripe in the flag means “together in unity” with the red representing strength, hardiness, bravery and courage. It symbolises the sacrifices of previous generations who laid the foundations for the Union.

Representing the country’s prosperity, the green bar in the UAE flag is a symbol of the natural resources and agricultural heritage of the country.

The black stripe represents courage and power. It reflects the strength of the Emirati citizens as well as their rejection of extremism and injustice.

The length of the flag is twice its width. 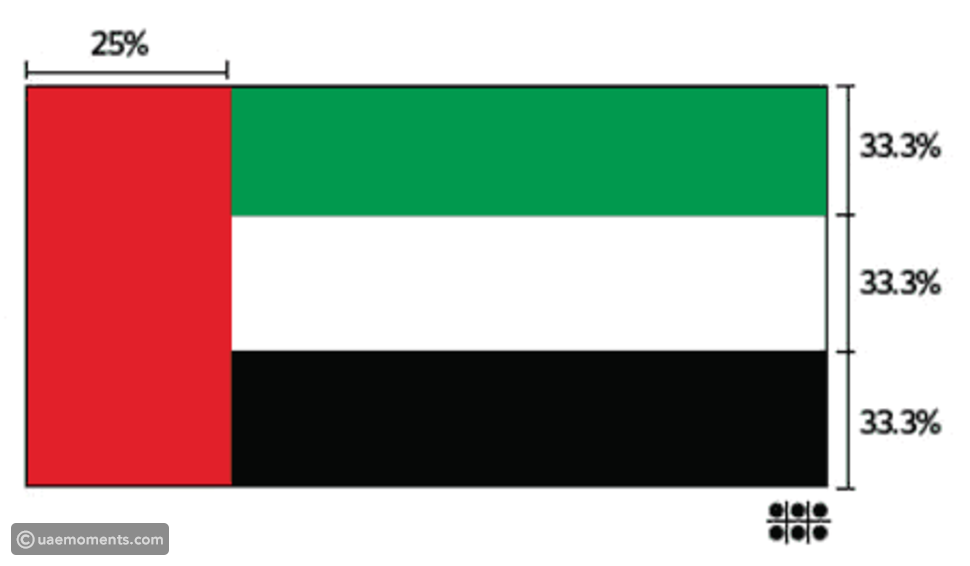 Why Is The UAE Flag Day Celebrated?

The country’s national flag is honoured on the UAE Flag Day. The day is commemorated every November 3rd since its launch in 2013 by His Highness Sheikh Mohammed bin Rashid Al Maktoum, the Prime Minister of the UAE and Ruler of Dubai. It marks the date when His Highness Sheikh Khalifa bin Zayed Al Nahyan became President of the United Arab Emirates in 2004. 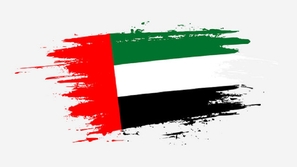 Read More: Flag Day: Protocol of How the UAE Flag Should Be Flown