This is one of the main findings of the 13th Annual ASDA’A BCW Arab Youth Survey released today.

This year’s study, conducted by global research and analytics company PSB Insights, polled 3,400 young Arabs, aged 18 to 24 years, in 50 cities and territories in 17 Arab states from 6th - 30th June 2021, with the cohort being equally split between men and women.

Nearly half of young Arabs (47%) selected the UAE as their favourite place to live, more than double the number of votes the poll’s second-ranked country, the US received. Almost the same proportion (46%) said the UAE was the country they most wanted their own to be like, followed by the US (28%), Canada and Germany (each chosen by 12% of interviewees) and France (11 %).

Read More: Weather to Cool Down in the UAE

The UAE’s growing economy and the wide range of opportunities it offers were cited by nearly a third (28 %) of the Arab youth, with the country’s clean environment, safety and security, and generous salary packages also ranked highly among the characteristics they most associate with the country. 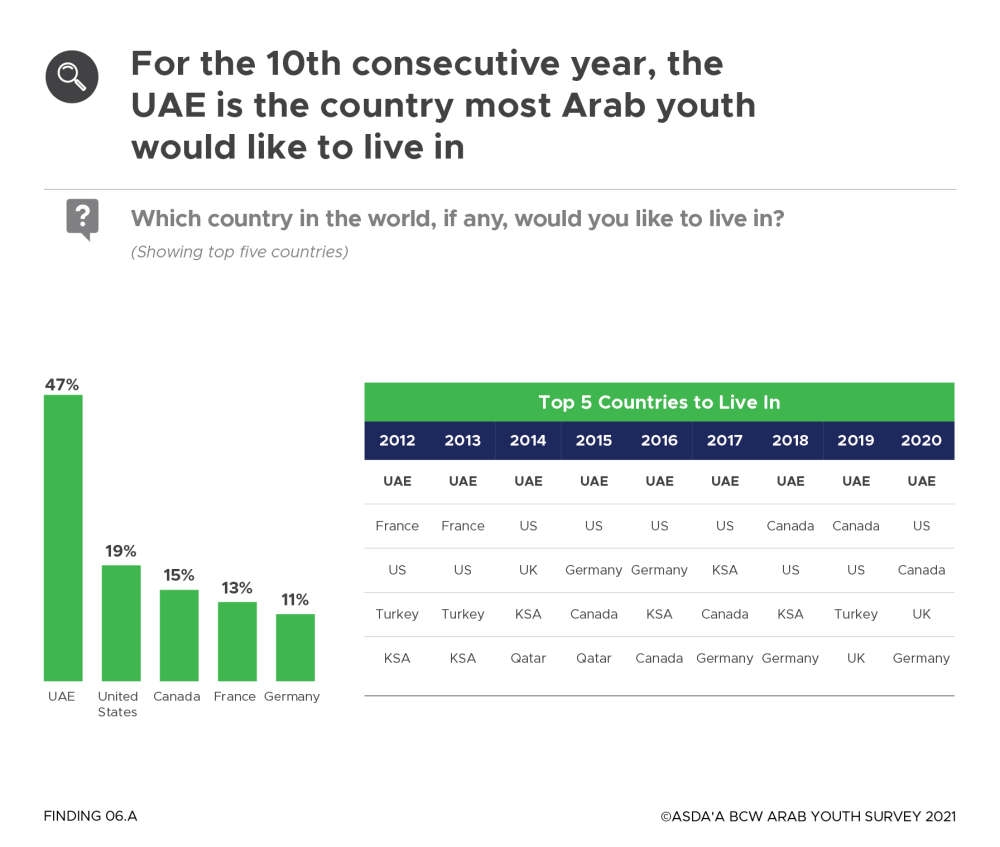 Arab youth in MENA region overall were surprisingly hopeful and optimistic about the future, according to the survey with nearly two-thirds (60 percent) saying their best days lay ahead of them. In the UAE, 90 percent of Emirati youth said their ‘best days lie ahead’.

While nearly two-thirds (62%) of Emirati youth said they expected to have a better life than their parents, a staggering 99 percent said their country’s economy was heading in the right direction, up from 97% last year.