YOUR GUIDE TO HAJJ RITUALS 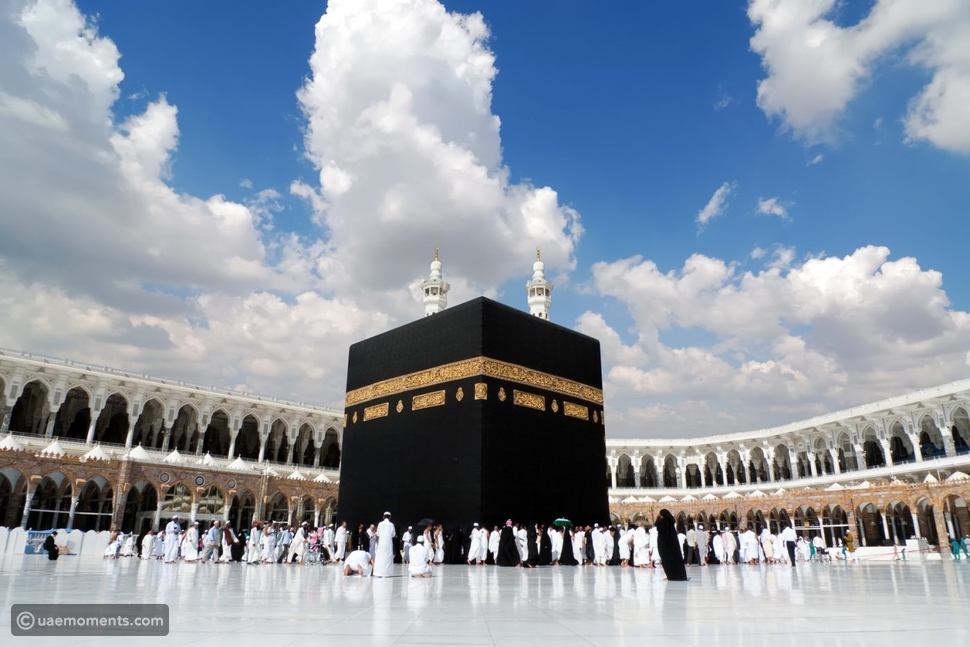 The Hajj, in essence, means ‘pilgrimage’ to the holy city of Makkah in Arabic and must be performed by every Muslim each year during the first ten days of the sacred month of Dhu al-Hijjah, the final month of the Islamic lunar calendar. Regarded as one of the profound deeds in Islam, Hajj teaches Muslims to practice goodness, show humility, be at peace with oneself and be sincere to Allah. There are three types of Hajj that a pilgrim may choose to undertake, namely:

Hajj al-Ifrad – This essentially refers to performing the rituals of Hajj alone without the need of a sacrificial animal (Hadee) or Qurbani. A prilgrim who undertakes this form of Hajj is called Mufrid.

Hajj al-Qiran – In this type of pilgrimage, one performs both Hajj and Umrah together while being in the state of Ihram. This form requires a sacrificial animal to complete the rituals. A pilgrim who undertakes this form of Hajj is called Qaarin.

Hajj al-Tamatt’u – The most common type of Hajj pilgrimage and the one Prophet Muhammed (PBUH) encouraged his companions to perform. It refers to performing Umrah rituals during the Hajj season and then proceeding to complete the steps to Hajj between the 8th and 13th day of Dhu al-Hijjah.
Both Umrah and Hajj rituals are performed by entering a separate state of Ihram, and a sacrificial animal is required in order to complete this form of Hajj. A pilgrim who undertakes this form of Hajj is called Muttamatti.

Pilgrims can choose to undertake any of the three Hajj procedures that is easier for them.

HAJJ RITUALS – HOW TO PERFORM HAJJ

The acts of faith performed by all pilgrims during their spiritual journey to the Holy Kaaba are collectively known as the Hajj rituals, which lasts five days from the 8th to 12th day of Dhu al-Hijjah.

Hajj begins on the 8th day of Dhu al-Hijjah, when pilgrims make their intentions to undertake the pilgrimage by donning the Ihram garments.

Assuming Ihram from Miqat – The intention to perform Hajj

Before pilgrims wish to enter the Al Masjid Al Haram (the sacred boundary of Mecca) and move across to perform Hajj, they should wear Ihram in order to make haram and traverse the five different areas of Miqats in the Haram boundary.

Before setting off from their place of stay and making their way to the sacred boundary of Mecca, pilgrims are bound to assume a state of Ihram, which is the combined sacred act of Niyyah and Talbiyah necessary to perform Hajj. Niyyah is the innate intention to perform an act of worship, while Talbiyah is a special prayer said in supplication to attain Ihram. 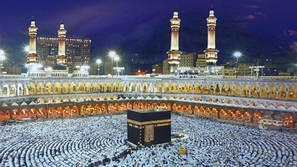 Hajj and Umrah. Know your rights in Saudi Arabia

All pilgrims are required to stick to certain guidelines before entering into the Miqat.

To become a Muhrim (a pilgrim that has attained the state of Ihram), a pilgrim must prepare himself for Ihram by following the below steps as instructed by the Prophet (PBUH):
• Performing ablutions – cleansing the body to attain physical purity, which involves some rituals that are mandatory (Mushtahab) and others, are preferable for Ihram:
I. Ghusl (Mustahab)
II. Perfuming the head & beard. (Mustahab)
III. Clipping finger & toe nails (Preferred)
IV. Trimming moustache (Preferred)
V. Shaving off unwanted body hair (Preferred)
• Changing into the sacred attire of two-pieced white Ihram sheets (Izar and Rida) for men and ordinary Islamic clothes for women. Both, men and women, should wear the flip-flops or sandals that expose the middle bones of the midfoot.
• Performing the two Rakats of Salah al-Ihram while covering the head.
• Pronouncing the Niyyah as the Miqat approaches
• Reciting Talbiyah repeatedly while traversing the Miqat stations in the sacred boundary of the Grand Holy Mosque until the commencement of Tawaf before travelling to Mecca for the next step of Umrah.

Pilgrims intending to undertake Hajj al-Tamatt’u must combine Umrah rituals with that of Hajj.

Below are the ten important Hajj rituals step by step:

I. Reassume Ihram and the intention to perform Hajj
After completing Umrah rituals, pilgrims must assume the state of Ihram and declare their intentions to do Hajj.
Note: repeat step 1 of Hajj Preparation

II. Travel to Mina
Soon after the observing the morning prayers, all pilgrims must head to Mina (a town in Mecca), where they stay an entire day carrying out ritual prayers – Duhr, Asr, Maghrib, Isha, Fajr and Qasr – as stated in the Quran.

III. Travel to Mt. Arafat to perform Wafuq
During the second day of Hajj, 9th day of Dhu-al-Hijjah, pilgrims travel to Arafat from Mina reciting Istaghfar and making supplications. Upon reaching Mount Arafat, pilgrims observe Duhr and Asr combined with Qasar prayers near the Jabal al-Rahmah from noon to sunset. This act is known as Waquf (standing before Allah).

IV. Offer Prayers in Muzadalifah
Post sunset, pilgrims head to Muzadalifah (a town between Mina and Mt. Arafat) to observe the evening prayers and rest the night until Fajr prayers in preparation for the next day’s ritual of stoning the devil. Pilgrims pick up 49 pebbles of similar size for Rami.

On the 10th day Dhu al-Hijjah, pilgrims leave for Mecca before sunset to do Tawaf al-Ifadah and Sa’iy and get back to Mina to perform Rami, Nahr and Halq.

V. Perform Rami in Mina
On the 11th and 12th days of Hajj, pilgrims must complete the stoning of the Devil or Rami. Before Sunrise, pilgrims head back to Mina and participate in a ritual known as ‘Stoning the devil’. Seven pebbles (of similar sizes) are thrown at a stone structure known as Jamrat al-Aqabah. This is an act carried out at noon on each day. All pilgrims are required to leave for Mecca before sunset on the 12th day of Dhu al-Hijjah.

VI. Animal Sacrifice – Nahr
The culmination of the stoning ceremony calls for an animal sacrifice. For this pilgrims can purchase sacrifice voucher or a coupon, which states that a sacrifice has been made in their name. the sacrificial animal is either a lamb or a camel. The animal is butchered and its meat is packed and shipped to other Middle Eastern countries or is fed to the poor.

VII. Halq (shaving the head) or Taqsir (clipping or shortening of the hair for men and women)
Men should get their head completely shaved, or get their hair clipped. While women are forbidden to shave their heads and only allowed to have a lock or strand of their hair clipped. The act of cutting the hair symbolizes one’s detachment from physical appearances and complete subjection to Allah.

IX. Repeat Stoning at Mina After Sunset On the 11th and 12TH day of Dhu al-Hijjah
The stoning ritual is repeated by throwing pebbles at two other monuments other than Jamrat al Aqabah – Jamrat Oolah (the first Jamrat) and Jamrat Wustah (middle Jamrat). Pilgrims face the Jamarah (main pillar), with the Mecca on their left and Mina on their right, stone it with seven small pebbles while reciting takbeer.

On completing the Tawaf, pilgrims can proceed to collect their belongings, leave Kaaba by setting their left foot out first and making supplications while doing so. This final step marks the end of Hajj rituals. 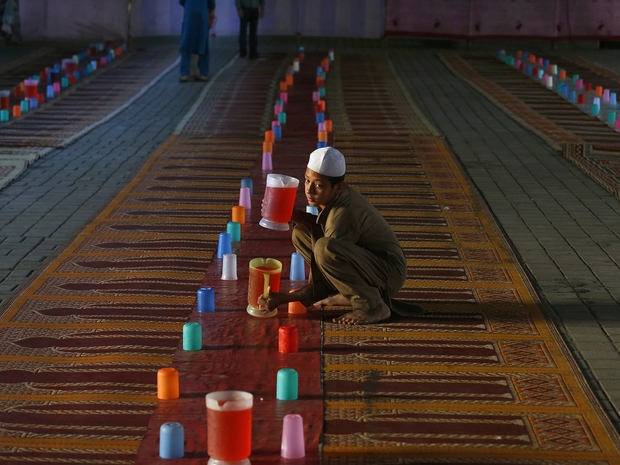 Ramadan around the world in pictures 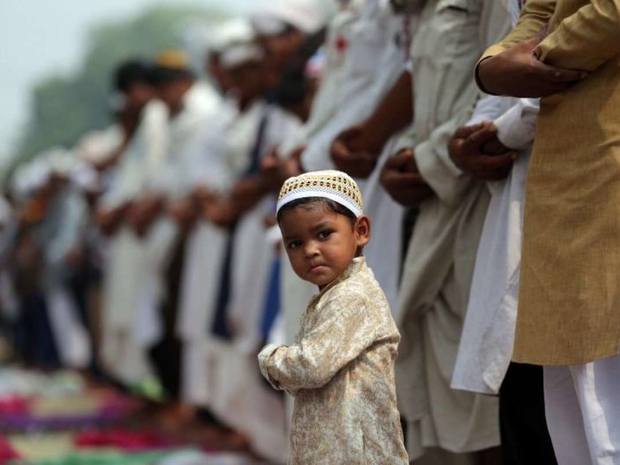 In pictures. This is how over 1 billion people celebrated Eid El-Fitr