I Scream, You Scream, We All Scream for Ice Cream. For now, let's talk about Ice-cream itself and not the song!

Ice cream's origins are known to reach back as far as the second century B.C., although no specific date of origin nor inventor has been undeniably credited with its discovery. Over a thousand years later, Marco Polo returned to Italy from the Far East with a recipe that closely resembled what is now called sherbet.

Historians estimate that this recipe evolved into ice cream sometime in the 16th century. England seems to have discovered ice cream at the same time, or perhaps even earlier than the Italians.

Here's a full video on the history of Ice Cream from our team!

And with that by now came to a lot of weird and crazy flavors some of them are, Pickled Mango, Corn, Pear, and Blue Cheese, Lobster, and more. However, who as well loves the edible cones? They taste amazing especially if you love crazy tastes. In light of that, did you know Earnest A.Hamwi who was born in Damascus, conceived the idea of the ice cream cone while working at an ice cream concession at the Fair when he noticed visitors buying both hot waffles and ice cream at an adjacent concession 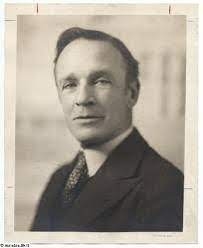 Ernest became superintendent of the Cornucopia Waffle Company in 1906 and in 1910 founded the Missouri Cone Company. He established the Western Cone Company in 1940. In 1943, shortly before his death, he received a patent on a new type of ice cream cup. Earnest died at his home at 4026 North Twentieth Street, St. Louis, Mo. Interment at Valhalla cemetery. So now on Ice-cream day, what flavor of Ice cream will you get?