10 Oldest Cities In The World

Related articles
These are the oldest cities in the world
Most Expensive Cities in The World
Abu Dhabi, Sharjah, and Dubai in The Top 10 Safest Cities in the World

Cities embodied the stages of human development throughout history; The Atlas website published a list of the oldest cities around the world.

We chose from the two UNESCO and Atlas the ten oldest historically recorded cities, so our dependence will be on the cities approved by the two sites (UNESCO and Atlas):

Damascus is the oldest city in the world

According to the famous historian Josio Flavis, Damascus was founded by Oz, the son of Aram. The origin of its name is still unknown, but some cuneiform tablets have been found dating back to the third millennium BC, in which the name of Damascus was mentioned, and it has many names throughout history.

One of the ancient pharaonic discoveries, which dates back to the reign of Pharaoh Amanovs III (1403 - 1205 BC), indicates that it was one of the kingdoms belonging to this pharaoh, which was referred to as Damska, and it received great attention during the second millennium BC as the center of the Aramaic kingdom under the name Dar Al-Misiq (The Meroitic House). ) They are the original inhabitants of Damascus and they spoke the Aramaic language.

It was also referred to as Damascus in the Bible and was known by several names, including: Al-Fayhaa, the City of Jasmine and the Pearl of the Orient.

The most important antiquities in Damascus

Damascus is one of the oldest inhabited cities in the Middle East, according to the official website of UNESCO. Byblos Which took its name from the Greek word (Biblion), which means (the book), the coastal city is located on a sandstone cliff 40 km north of Beirut. Its history, according to the UNESCO website, dates back to 8000 BC.

Archeology shows that it was inhabited since the beginning of the Neolithic era and was known as the country of Canaan, according to historian Durant in his book (The Story of Civilization); American historian and philosopher. "The god El, the greatest of the gods among the Canaanites, the creator of humans and the founder of life, established the city of Byblos at the beginning of the formation and it remained the religious capital of Phoenicia."

An alphabet in Byblos, a developed alphabet taken from Ugarit in Lattakia, Syria

The Phoenicians developed during the Egyptian occupation and made their most important contributions to the world: their 22-letter alphabet, which was later discovered on the ark of Ahiram; The king of Byblos was of Phoenician origin, who ruled between (969-936) BC, which replaced the cuneiform writing. The Phoenician alphabet was first transferred to Greece in 800 BC and then spread to other countries through Greek merchants. Argos, one of the oldest cities in Greece

The city of Argos is located in the northeastern part of the Peloponnese peninsula in Greece. It had a prominent place in the (Iliad) by Homer. The monuments date back to the Bronze Age, and its age is estimated according to the Atlas site and the UNESCO site to 5000 BC.

It was named after Argos, son of Zeus, and Argos is a hero of Greek mythology. It was the most prominent city in the Peloponnese until its defeat by Sparta. The city flourished during the Byzantine era (1388-1394) until it was destroyed by the Turks in 1397. It became part of the Ottoman Empire between (1460-1830) AD During the Greek War of Independence (1821-1829), the first parliament was established in Argos. 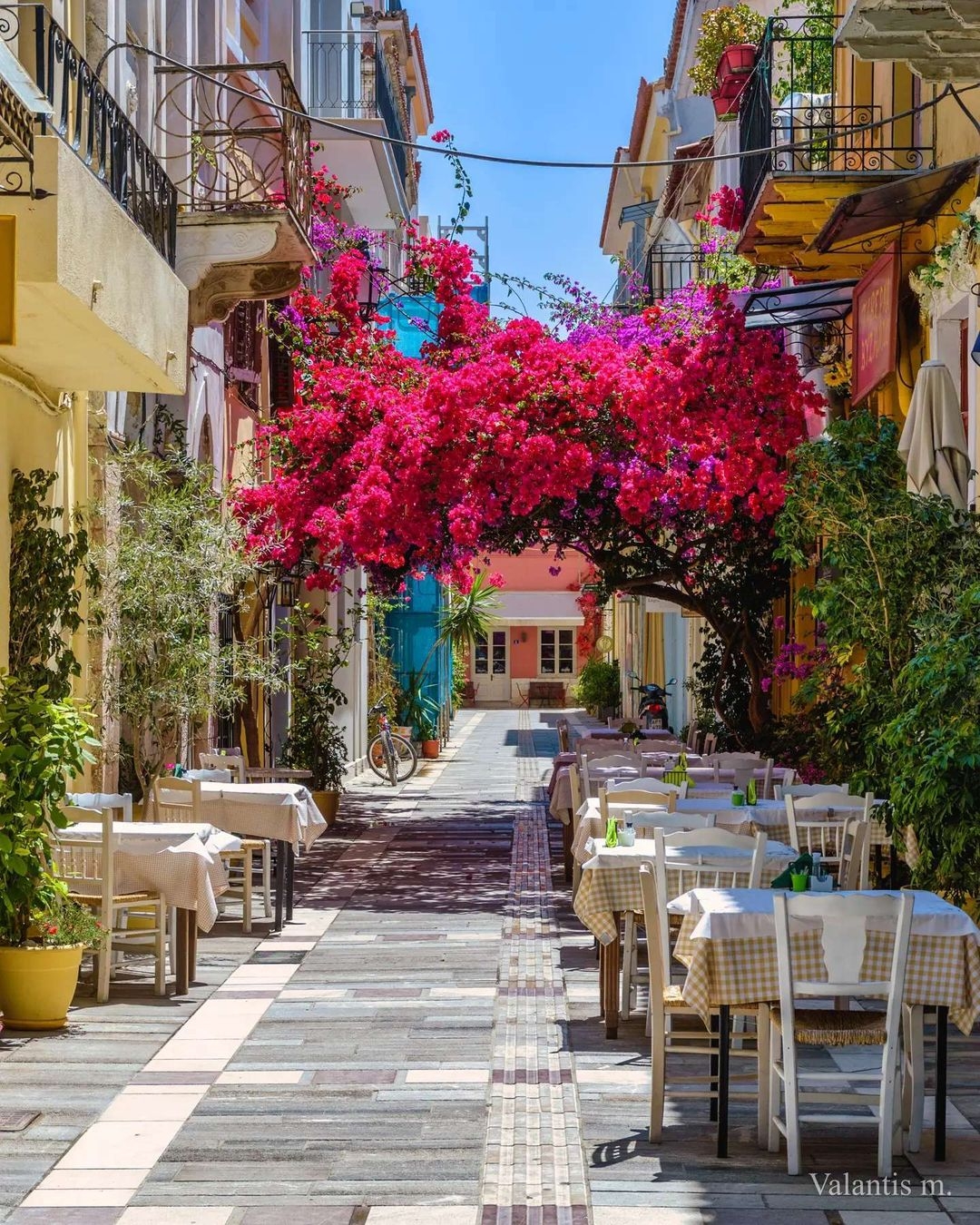 Aleppo, one of the largest and oldest Syrian cities

Aleppo is located in the northwestern part of Syria. The unearthed antiquities showed that the city was built in the second millennium BC, according to the UNESCO website. The name of Aleppo was mentioned for the first time in a temple that was discovered under the citadel. In it, an archive of the city of Ebla was found at the end of the third millennium. before milling.

In the late twentieth century, archaeologists discovered within the French expedition that excavated under the Aleppo Citadel in 1922; The remains of this temple are buried on the site of the Citadel of Aleppo since the Middle Ages, on the hill in the center of the city. The oldest parts of the temple date back to the third millennium BC, and the temple was renovated several times.

Aleppo was mentioned in ancient Pharaonic manuscripts in the twentieth century BC, then it became the economic and political capital of the Yamhad Kingdom; The kingdom of northwest Syria in the eighteenth century BC, and then became an important commercial center in the Hellenistic era: a period of time between the fourth and fifth centuries BC and then in 636 AD it became part of the Islamic state during the rule of the Umayyad Caliph Sulayman ibn Abd al-Malik. Athens, the capital of Greece and one of the oldest historical cities

The capital and largest city of Greece, named after the Greek goddess of wisdom (Athena), the Atlas site mentioned the age of the city of Athens, where antiquities were found dating from 5000 to 7000 BC, and it contains many monuments of the Romans, Byzantines and Ottomans.

The UNESCO website stated that the city was destroyed during the Persian invasion of it and rebuilt after thirty years. The Parthenon Temple is one of the most famous temples of ancient Athens. It was built in the middle of the fifth century BC and was a temple to the gods Athena, built on Mount Acropolis (Acropolis). It was designed by the architects Actinos and Callicrates between 432 and 447 BC. Jerusalem.. the cradle of monotheistic religions and worldly conflicts

Jerusalem is one of the oldest cities in the world, according to the UNESCO website. Its history is linked to the three religions; Judaism, Christianity and Islam, archaeologists estimated the age of the city from 3300-4000 BC, i.e. in the Copper Age, the Egyptians and Canaanites settled it during the Copper Age and the First Iron Age from 3300-1000 BC. The Bulgarian city of Plovdiv has attractive historical monuments

The second largest city in Bulgaria and the oldest city in Europe, the Atlas site identified the age of the city of Plovdiv at 4000 BC, settled since the Neolithic period and was invaded by the Greeks and Romans, the King of Macedonia Philip II called it Philippopolis in 342 BC, and one of their most prominent monuments is the stadium ancient Philipp polis; It is the name that the city bore at the time and still hosts big shows today.

Then the Roman general Terentius Varro Lucullus named it Trimontium, meaning the city of the three hills. Then the Romans called it Pulpudiva and it was shortened to Plovdiv. The city was under the rule of the Byzantines in 970 BC and then occupied by the Ottomans in 1364. Luxor, the city of the pharaohs and the first archaeological area in the world

The Arabs called it (Luxor) because of the large number of palaces and temples in it. Its Pharaonic monuments attract people from all over the world. The southern part of the city was built around the temple of Amon, the king of the gods, commissioned by the Pharaonic King Amenhotep III. The temple was built near The Nile River, as it is known today as the Luxor Temple, passes by a road leading to the statue of the Sphinxes. Moon City, Jericho is one of the oldest cities in occupied Palestine

A Palestinian city located in the West Bank, and its location is of great importance. It is evidence of the knowledge of development from the first settlements of humans to modern civilization. The Atlas site identified the age of Jericho at 3000 BC, but it was exposed to many conflicts that led to its demolition and reconstructed more than once .

There are many religious monuments, such as the Mount of Experience. It is believed that the tomb of the Prophet Moses is located there, as well as the Jericho Tower, which was considered to be the first skyscraper in the world. Several theories have been found about the reason for its construction; Some archaeologists have suggested that the 8.5-meter-tall ancient tower was a symbol of strength, and others said it served as a sign or used as a tool to tell time in antiquity. The ancient Iranian city of Ray with its archaeological history

Located southeast of the capital, Tehran, the Atlas website mentioned that the age of the city of Ray dates back to 3000 BC, and was mentioned in the Avesta (the holy book of the followers of the Zoroastrian religion) and was considered a sacred place for them.

As it was also mentioned in the Book of Tobias (one of the travels in the Bible), it was considered one of the most important cities during the first eras of Islam, Ray was one of the capitals of the Seljuk Empire in the eleventh and third centuries

The city was severely damaged after the Mongol invasion. 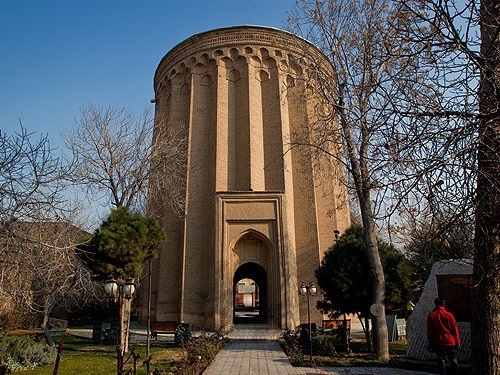 We may not have included all the cities, but we chose the oldest ones for general knowledge. Every city has a story, and every story has a long history that is still visible in its landmarks to this day.