ArabsTurbo: The Best Anticipated Cars In GCC Markets For 2022

The best cars to be launched in our markets during 2022

The year 2022 will certainly witness the arrival of many prominent cars in our markets, but in the midst of this large number, some models we are eager to drive for a reason or another, so here is a list of the best seven cars that we are waiting for this year. 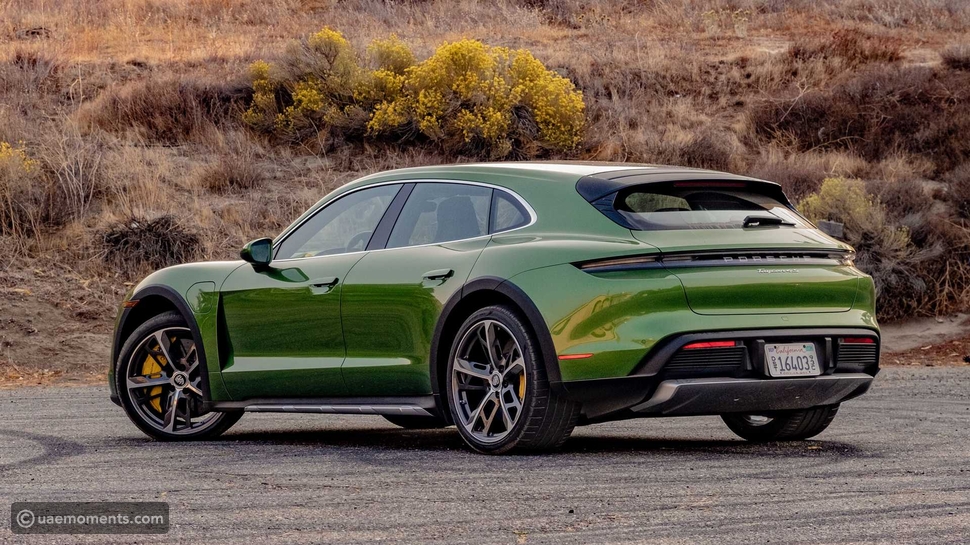 It's the second step in Porsche's electric strategy, and if you're still wondering what it is and what its purpose is, you just have to go back in mind to the great successes of Audi's cousin, The AllRoad Quattro, to get to know more about the Cross Turismo from a practical point of view, with the difference that the latter bears an exceptional design, and holds the spirit of excellence that cars from Zuffenhausen always enjoy.

Mechanically, the Cross Turismo comes largely identical to the Taycan. The same 93.4 kWh battery packaged below powers the same engines in the same 4 trims 4, 4S, Turbo and Turbo S. It even comes equipped with the same suspension and with adaptive air springs and four-wheel steering.

The most important thing that distinguishes the Cross Turismo from its traditional sister Taycan,  is the storage space that can accommodate 447 liters of luggage, knowing that this number can rise to 1,211 liters when the rear seats are folded. 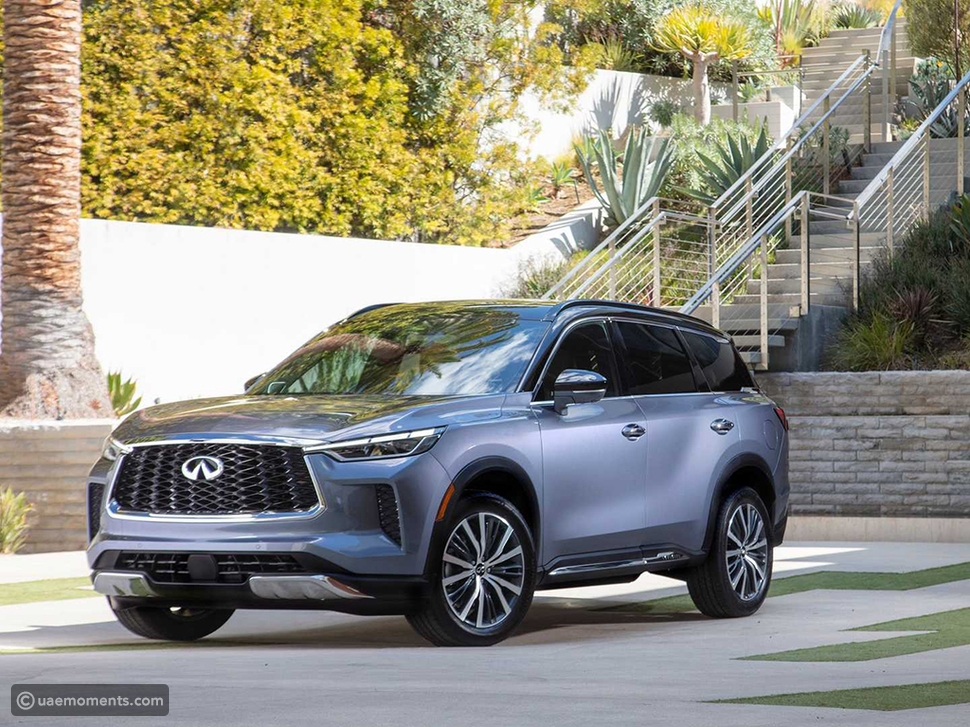 The QX60 is the new mid-size crossover from Infiniti and aims to elevate this model by incorporating the same luxurious design ethos as its sibling’s exterior lines. The new design represents a clear departure from the design language of the previous generation, while it underwent The interior cabin for a more luxury features, comfort and design that looks more upscale.

Under the hood, buyers will find a powertrain consisting of a 3.5-liter six-cylinder engine with 295 horsepower and a nine-speed automatic gearbox.

Although the cabin has been significantly redesigned, the 2022 QX60 retains its three-row interior layout, which means space for up to seven passengers in comfort. The higher-spec Autograph class comes with separate seats for the second row, which reduces the passenger capacity to six. The cabin is luxurious and upscale, with extensive use of premium materials throughout, and the car's design team made extra efforts to dampen the sound to further isolate the cabin harsh surrounding 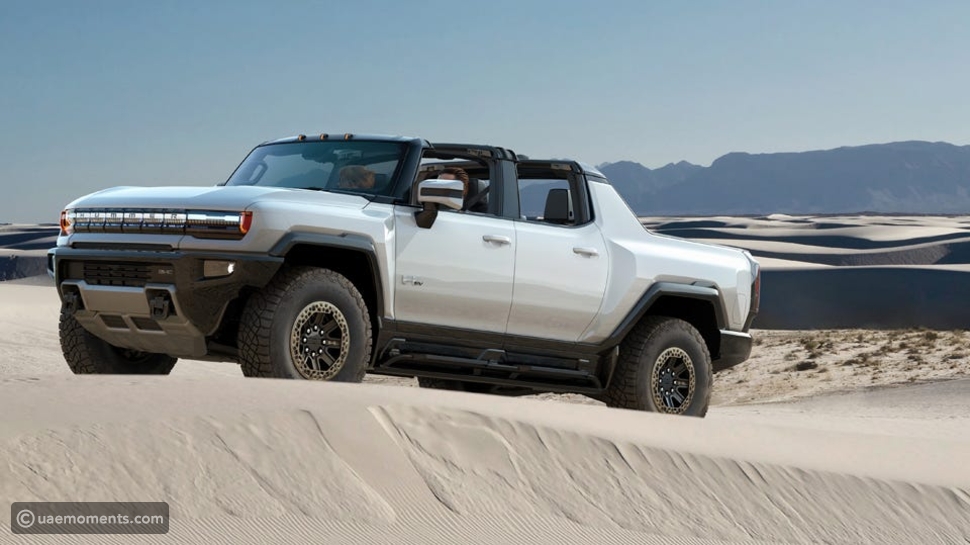 With the Hummer EV, Hummer is back stronger than ever with a model powered by the energy of the future, the electricity, and it has capabilities and features that were not available to any civilian or military Hummer ever produced. Although this return comes under another brand, the sister GMC.

Exclusively, the Hummer EV comes with a four-wheel steering system with a side-to-side travel feature, or what the company calls “crab mode”, and the latter is an exclusive feature for Hummer that allows the rear and front wheels to steer in the same angle when traveling at low speeds, enabling tilted movement. of the vehicle, which enhances the maneuverability capabilities in rough terrain.

The Hummer EV has three engines that combine together to generate a power of 1000 horsepower.

The new Hummer has the ability to quickly charge DC power of 800 volts up to 350 kW, and by activating the "Whats to Freedom" feature, the Hummer EV is able to accelerate to a speed of 100 km / h in just three seconds, which is the same performance as high-performance sports cars to accelerate despite its large size and relatively high weight. 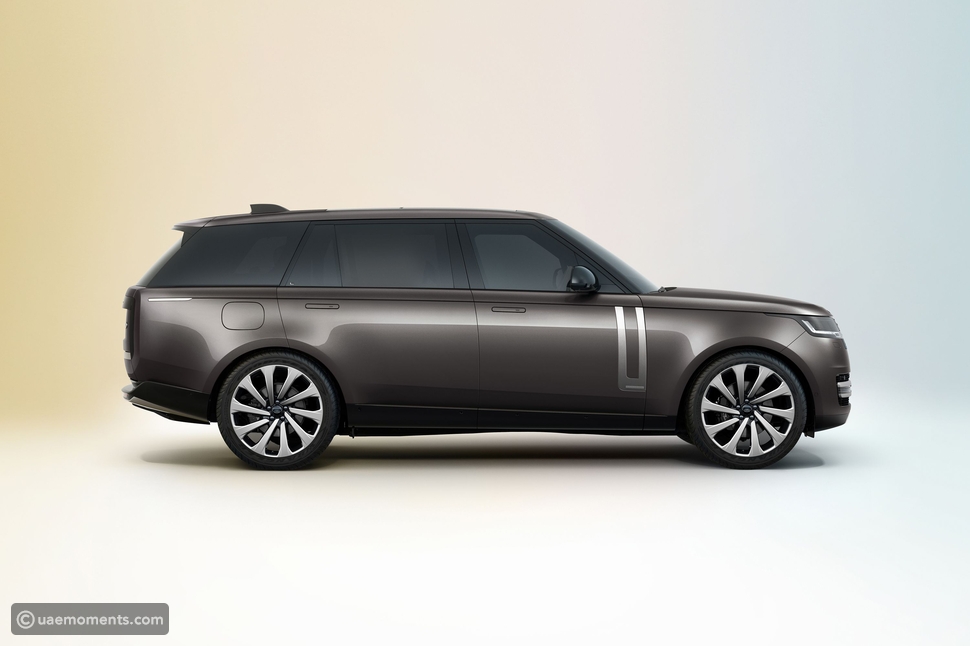 Restyling a Range Rover is often very difficult. How can you replace a car that has a strong personality and a distinguished presence on the road that has been devoted for decades and decades to the throne of luxury SUVs, the thing that allowed the current generation to complete an entire decade in the market without fundamental changes, while it is still in Top of the pyramid when it comes to design, luxury and capability.

So the task is difficult, but Massimo Frascella, chief designer of Land Rover, was able to carry out this difficult task with great success. Thus, the Range Rover 2022 came with a design that is very similar to the previous model, but with modern exterior lines to the extreme.

Apart from the exterior design, the hidden changes are under the hood. Or rather, under the body of the vehicle in general, the new MLA-Flex wheelbase that is made out of aluminum, which is lighter and more rigid than the previous generation. Mechanically, the options are wide, starting with the famous Land Rover turbocharged and supercharged six-cylinder in-line engine, with a power of 400 horsepower. As for the top trim, it is equipped with a new eight-cylinder engine, producing 530 horsepower and 750 Nm of torque. 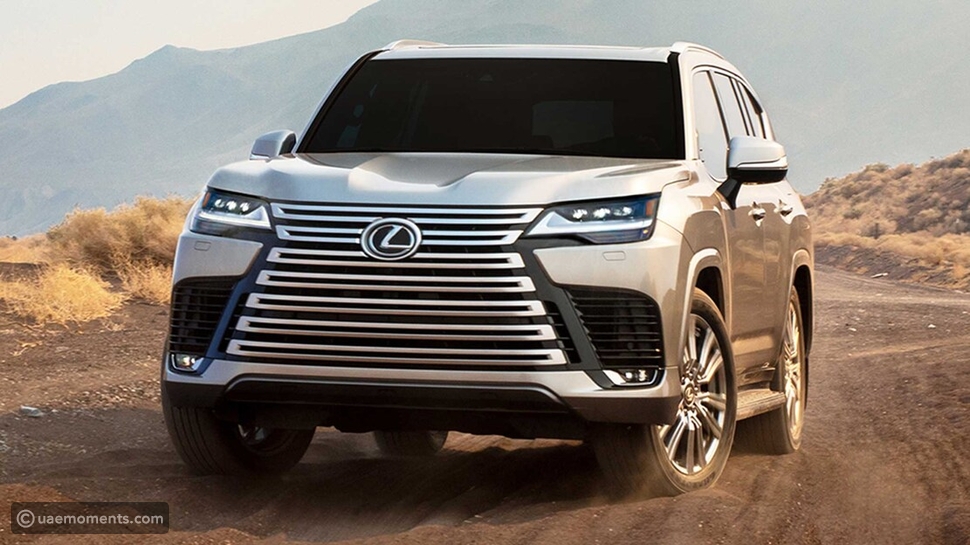 After the new generation of Toyota Land Cruiser was launched last year, the year 2022 will witness the arrival of the Lexus LX to our markets, the same markets that considers this luxury SUV as one of the most preferred options.

Mechanically, as with the cousin of the Land Cruiser, the LX abandoned the 5.7-liter 8-cylinder engine in favor of a 3.5-liter six-cylinder engine connected to two turbochargers, with a maximum power of 409 hp, which reaches the wheels via an automatic gearbox.

As for the exterior, the large ventilation grille stands out in the front so that it plays a prominent role in emphasizing that the car belongs to the Lexus family, and for its part, the new design headlights reinforce this matter through a line of LED lights.

The rear side is distinguished by the redesign of the lamps, which have become fully functional with LED technology and provides better illumination and enhances safety levels on the road, in contrast, when looking at the side, the clear similarity with Toyota Land Cruisers emerges.

For the first time in the history of this distinguished model from the German manufacturer, the Mercedes SL 2022 comes from the development of the AMG sports branch, which is based on performance and power to be an alternative to the AMG GT convertible.

The new Roadster is completely true to the current Mercedes design language by adopting a semi-flat front end and sharp headlights against the rear stop lights integrated into the rear of the car, which has become more rounded, and the wide front grille coordinates well with the large LED headlights and the distinctive long bonnet that contains details inspired by the original 300SL, the LED taillights echo the new design, and the rounded rear end features four-way exhaust tips and an active spoiler in four different positions to suit the driving conditions.

From the inside, the Mercedes SL 2022 cabin stands out with high levels of luxury, seats that provide massage function, a 360-degree camera system, and other luxurious features.

For the first time ever, the SL is available with all-wheel drive, variable torque distribution and an electromechanical control clutch. The powerful engine is geared via a nine-speed automatic gearbox. Normally, any Ferrari engine is considered a mechanical gem, so what is the truth about this new Ferrari gem? It is a six-cylinder engine with a 120 degree angle and a capacity of 2.9 liters connected to a turbocharged system and an electric motor for the total power of 830 bhp.