All you need to know about longest lunar eclipse in UAE

The longest total lunar eclipse of the 21st century, lasting one hour and 43 minutes, will be visible across wide swaths of the world including Europe, Asia, Australia, Africa, South America and the Middle East.

The total phase of the Earth's natural satellite will turn a spectacular red or ruddy-brown color. From start to finish, the entire celestial event will last nearly 4 hours.

The reason this lunar eclipse will be a particularly long one is because the moon will be at its apogee - furthest point from the earth - causing the moon to move slower, so that the eclipse lasts longer. 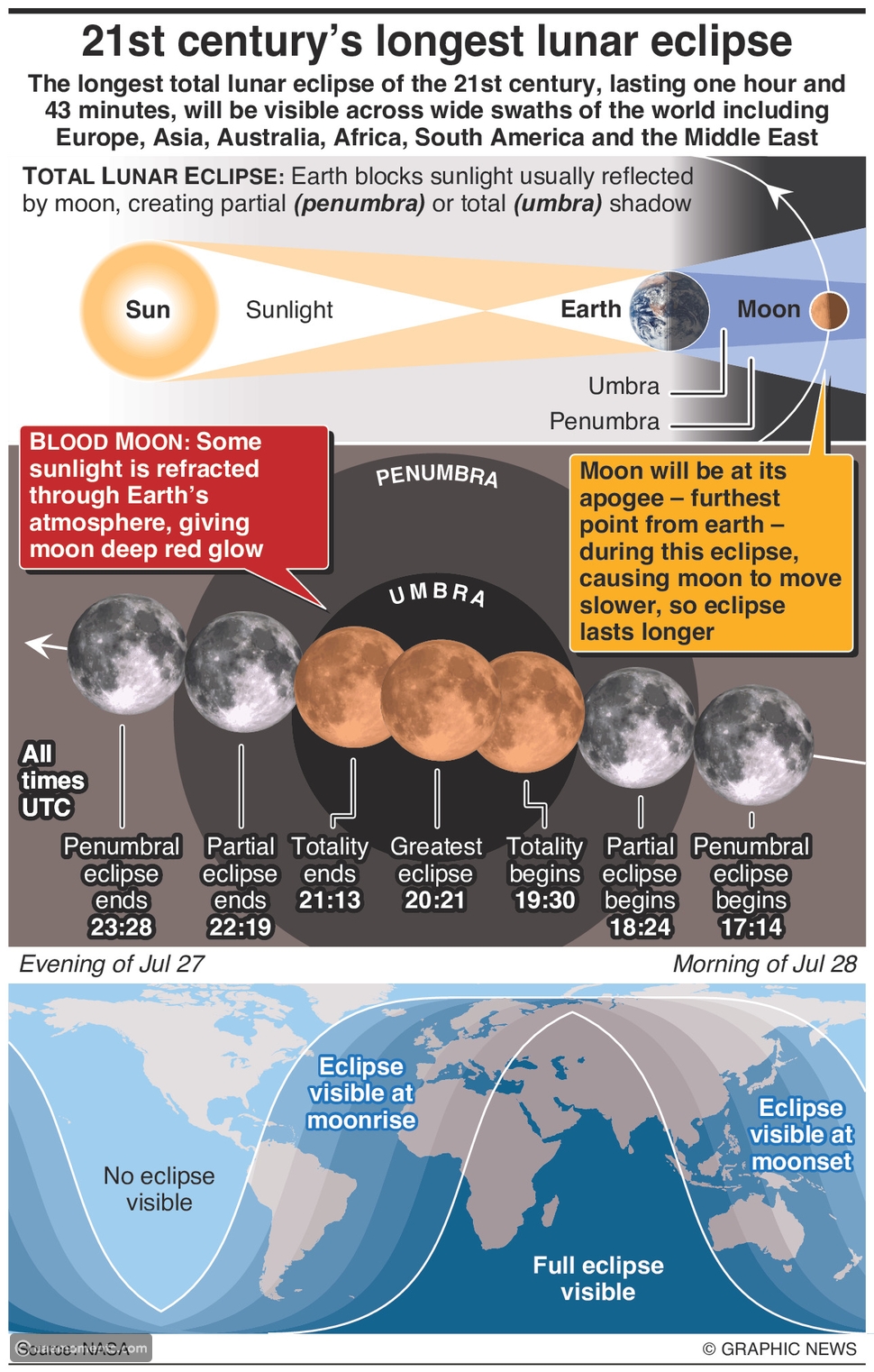 As an added celestial bonus, around the same time, stargazers may spot Mars at its closest position to Earth in 15 years, making the red planet appear about 10 times brighter than usual. Unlike with solar eclipses, you need no special equipment to observe lunar eclipses. These latter events, which occur when the moon passes into Earth's shadow, are safe to view directly with the naked eye, telescopes or binoculars.