Denmark this week wrote the latest chapter in a global story that is becoming strangely familiar. The country’s new ban on any “garment that hides the face in public”—widely understood to be targeting Islamic veils like the burqa and niqab—entered into effect on Wednesday.

Limitations on wearing face veils in public have already been enacted in France, Belgium, the Netherlands, Bulgaria, and Austria. They’ve been debated as far as Australia and the Canadian province of Quebec. Despite regional differences, a similar pattern of events has recurred in some of the countries. Although not every element of the pattern has appeared in every country, France, Quebec, and Austria, for instance, have followed a progression that goes roughly like this. 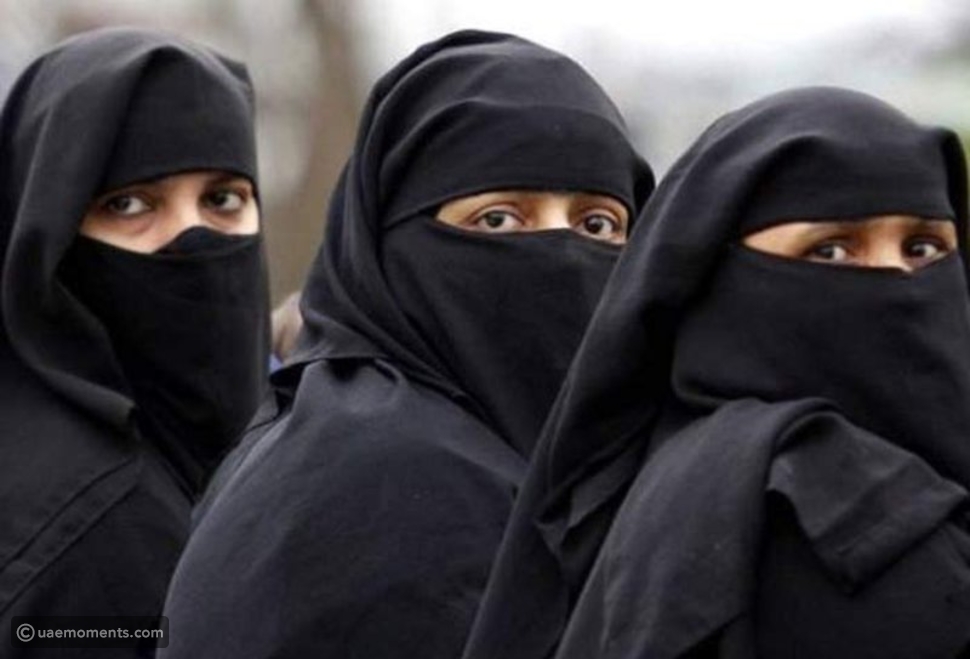 First, politicians in a country propose banning the face veil, which is worn by a small number of Muslim women and reflects one interpretation of the Quran’s injunction to “cover and be modest.” They argue that a ban will promote integration, or public safety, or that wearing a veil is inconsistent with national values like gender equality. Pundits and lawmakers loudly debate the policy, and the argument rages in the press. A few propose legal challenges. Eventually, the ban is passed into law.

Then, Muslims protest in the streets together with non-Muslims, some of whom wear veils in solidarity. Then comes yet another round of loud debate, amplified across the media. With time, reports indicate that discrimination against Muslims is rising in the country. Many Muslim women begin to hold more tightly to their religious identity, and some who didn’t wear the veil before the ban now start wearing it as an act of protest. Some others opt to stay home, though it’s impossible to say how widespread the phenomenon is.

If the ban was truly meant to promote gender equality, it appears to backfire. And yet, a few months later, another country enacts its own ban, and the whole process happens all over again.

Denmark has so far followed this progression. It was nine years ago that the right-wing Danish People’s Party first called for a ban on full-face coverings in public. But the move later found support elsewhere on the political spectrum. More recently, Marcus Knuth, of the ruling liberal party Venstre, argued that full-face veils are “strongly oppressive.” The justice minister, Søren Pape Poulsen, called one such full-face covering, the niqab, “incompatible with the values in Danish society.” The law enacting the ban passed in May. As it entered into force this Wednesday, hundreds of Muslims protested while wearing the now-illegal veils. They were joined by non-Muslims, many of whom also covered their faces—with everything from niqabs to horse-head masks—in solidarity.

On Thursday, I spoke to Sabina, a 21-year-old Muslim who lives in Copenhagen and wears the niqab. (She declined to give her last name out of concern for her safety.) She told me she’s worried the ban will result in niqab-wearing women becoming isolated in their homes. “I haven’t been out all day because I really have to consider if it’s worth going out and worth me getting a fine, because I’m at risk of that now—every time I step out of my front door, I’m a criminal.” A violation results in a fine of about $150 for a first-time offender.

But she added that she and other women will refuse to take off the veil. “The niqab is a huge part of my identity. It’s a very spiritual choice—and now it has also become a sign of protest,” she said. “I actually believe that whenever politicians make these discriminatory laws, we only get stronger. We feel that this ban has made us a lot more vocal, brave, and strong. We are encouraging even more women to wear the niqab. It has already resulted in me being more firm in my beliefs and holding more tightly to my niqab.”

If the experience of places like France, Quebec, and Austria are any indication, Denmark’s ban is likely to keep backfiring.

France banned Muslim headscarves and other conspicuous religious symbols from public schools in 2004, and banned full-face veils from all public spaces in 2010. President Nicolas Sarkozy declared, “It is a question of freedom and of women’s dignity. The burqa is not a religious sign. It is a sign of the subjugation, of the submission, of women.” But instead of complying, some young Muslim women began to express resentment of French society, and doubled down on head-covering as a form of political protest. “It’s my way of fighting, to say no to the government, who took away my liberty,” said one woman who began veiling herself after 2010.

“This is a case of ‘reactive ethnicity’—when you have a policy to ban a practice, so people continue it in protest,” Jeffrey Reitz, a sociology professor at the University of Toronto who researches Muslim immigration, told me in an interview last year. “In France, it clearly backfires.”

What’s more, surveys of attitudes toward French Muslims showed that there was a strong correlation between the highly publicized legislation banning headscarves in 2004 and an increase in anti-Muslim sentiment. In 2013, a pregnant woman suffered a miscarriage after two men allegedly attacked her for wearing the veil and ripped it off her face as she walked down the street in a Paris suburb. A report that year indicated that more Muslim women were staying home, because “after the ban they felt considerably less secure because of harassment and violence targeted at them by members of the public who have been emboldened by the ban … Restrictions on the movement and security of women in the public space has had significant detrimental consequences on their physical and mental health and on their relationships.”

In Canada, the province of Quebec has been debating a similar ban for years. In 2013, the “Charter of Values” sought to ban “ostentatious” religious symbols—including the full-face veil, the headscarf, the turban, and the kippah—among public workers, and argued that this measure would promote gender equality. Muslims protested in the streets, and thousands of non-Muslims joined them, with some donning headscarves to show their solidarity. The charter was never implemented, but a later iteration known as Bill 62 did pass into law last October. However, the controversial part of that legislation that would bar women with covered faces from accessing public services was challenged in court, and its enactment was suspended pending judicial review. This June, a judge suspended it for the second time. Even though that part of the law hasn’t come into effect yet, women’s groups have been reporting an increase in verbal and physical attacks against veiled Muslim women.

“It’s obvious. Since the debate over the charter, the increase in intolerance is palpable,” Valérie Létourneau, a spokeswoman for an umbrella organization of 17 women’s centers across Quebec, told The Globe and Mail in May. “It’s contributing to a climate of fear. Veiled women are finding it harder to leave their homes.” She said that dozens of assaults against veiled women were reported to her during a single meeting of her coalition. One man had rammed a woman’s shopping cart with his own and told her, “Go back to your country.” Another man yelled at a woman on a bus, “We should have never opened the door to you!” Other women’s-center employees insisted in the same interview that ever since the government started debating a ban, people have been emboldened to behave aggressively toward Muslims. As Fabienne Mathieu put it, “They dropped a bomb and we’re dealing with the shrapnel.

In Austria, the ban on full-face coverings that went into effect last year has had several unintended consequences. Of the people who were arrested for breaking the law, most were not veiled Muslims. After all, only about 150 Muslim women in Austria actually wear a veil. Instead, the ban resulted in officers fining one man for wearing a shark costume and another for wearing a rabbit costume. They also stopped Asian tourists wearing anti-pollution masks, and a leukemia patient who’d been ordered to wear a mask to protect his immune system.

“If this law was intended as a contribution in the fight against conservative Islam, then I can only say: It’s gone belly up,” said the police commander Hermann Greylinger. Some officers are now declining to enforce the law. One characterized the ban as “nothing but populism.”

In Denmark, too, observers say populism is part—but not all—of what’s animated the ban. “This legislation has been supported by the Conservatives, the Liberal party, and the Social Democrats,” said Stig Hjarvard, a professor at the University of Copenhagen who researches the role of religion in Scandinavian societies. “There’s both a populist anti-immigrant or Islamophobic position and a secular Enlightenment discourse.” The latter argues that banning veils is vital to emancipating “oppressed” women

Hjarvard said that public opinion in the country has been shifting for years, to the point that a majority now expresses concern about Islam as a threat to Danish culture. “Denmark is a very small country, but proportionally speaking it has been heavily involved in the wars in Afghanistan and Iraq. So the whole War on Terror and the question about Islam has been pushed high on the agenda in Denmark, a bit more than in countries like Norway and Sweden. Those questions have spilled into this [burqa ban] discussion and been exploited, not least by the populist right.”

He added that Denmark’s right-wing politicians these days lean heavily on identity politics as a method of political point-scoring, and that the burqa ban must be seen in context of other recent moves. In May, the government passed a law requiring children who live in what it calls “ghettos”—Muslim-majority immigrant communities—to receive training in “Danish values.” That same month, Immigration Minister Inger Stojberg said Muslims should stay home during Ramadan “to avoid negative consequences for the rest of Danish society,” claiming it’s “a danger” to work while fasting.

Agnès De Féo, a sociologist who’s spent 10 years studying Muslim veiling practices in Europe, told me bans can have dangerous consequences. “These measures create discrimination and self-marginalization,” she wrote in an email, “because these women, feeling excluded, will opt out more.” She added: “The noise that is made around these laws, whose scale is disproportionate to the phenomenon itself (50 to 200 women would be affected by the niqab [ban] in Denmark) creates a bad reaction that does not only affect women who wear the niqab. This affects the entire Muslim community, which feels that such measures, with such publicity, for such a small number of users, is a way of telling Muslims that ... they are strangers.”

Human-lefts groups have likewise slammed Denmark’s new law. “This blanket ban is neither necessary nor proportionate and violates women’s rights to freedom of expression and religion,” said Fotis Filippou, Amnesty International’s deputy director for Europe. “If the intention of this law was to protect women’s rights, it fails abjectly.”

In spite of such statements, and in spite of the adverse effects such bans have on Muslims, Denmark’s new law is unlikely to be overturned. The European Court of Human Rights has consistently backed these bans, upholding France’s in 2014 and Belgium’s in 2017, and choosing to give each country significant leeway in determining what it needs to do to ensure public safety and social cohesion. The life cycle of the burqa ban probably won’t change anytime soon.