These are exciting days for Saudi Arabia. Shortly after staging its first-ever fashion show, and letting women drive their own cars, now a Saudi national has graced the Paris runway.

The 18-year-old wore a wide-legged trouser suit in crisp white, with the jacket cut to hang in a trailing cape. Fingers of gold caged her waist, matching the crest of golden spikes down her centre-parted hair. Next came a strapless dove grey dress, covered in hand beadwork, with a single line of feathers over one shoulder.

Despite only just starting her modelling career, Tamer has had a busy month; aside from her couture debut, she also appeared on the July cover of Harpers Bazaar Arabia. 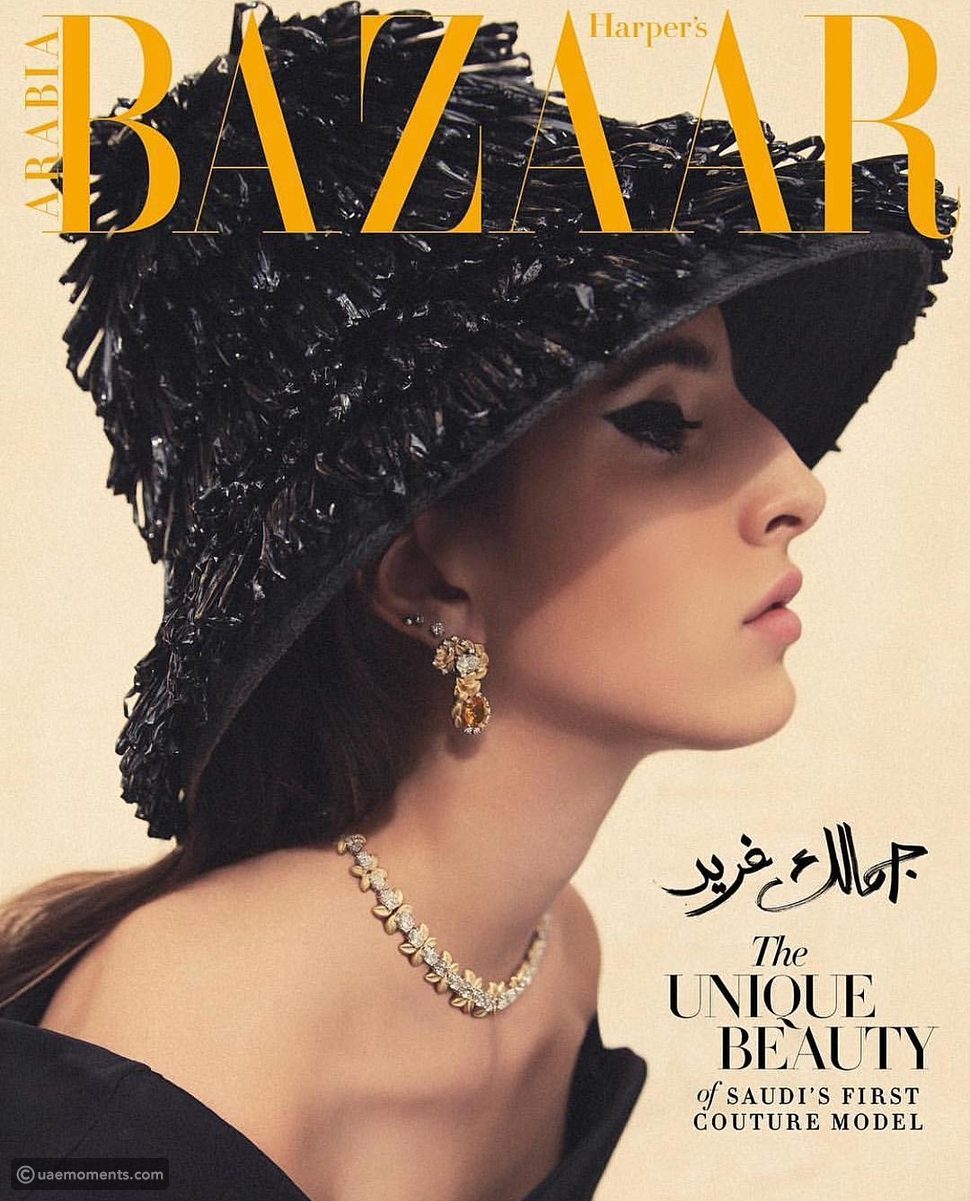