The UAE amazed the world with plenty of spectacular fireworks displays around the 7 Emirates, where 2 of them smashed five Guinness World Records as a total! Check them out in this article from UAE Moments.

The UAE hosted a series of outstanding events and shows to welcome 2022, and 2 Emirates smashed Guinness World Records: 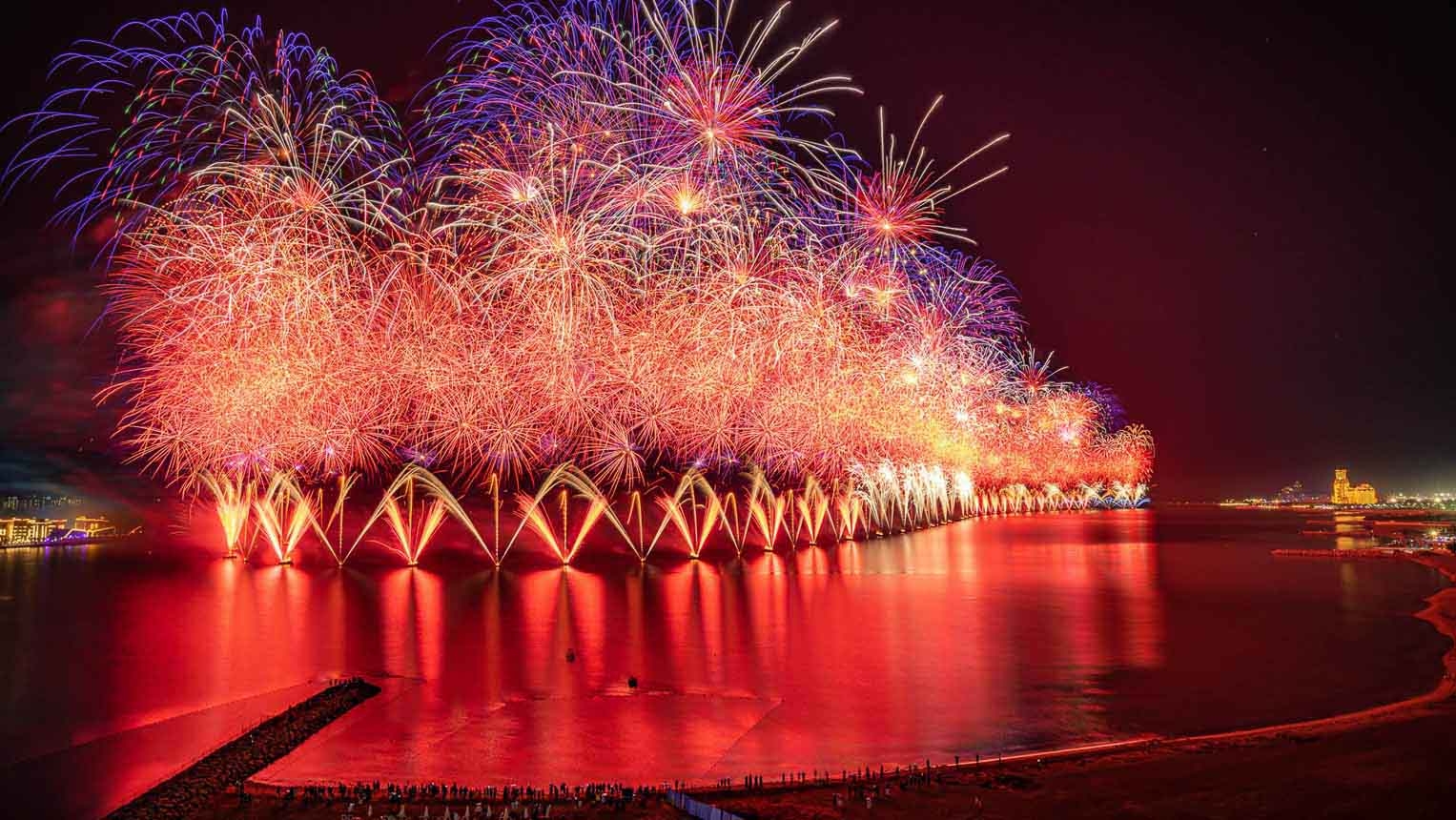 The public enjoyed a 12-minutes fireworks display that spanned over 4.7 kilometers above the Arabian Gulf, included 15,000 fireworks effects, over 130 sea pontoons, and a fleet of hundreds of pyrotechnic drones.

The second Guinness World Record was taken for the Most Remote Operated Multirotors/Drones Launching Fireworks Simultaneously launched by 452 drones to create the ‘Happy New Year’ visual in the sky.