Dubai has more than 339 world records, including the world’s largest airport terminal, shopping mall, indoor ski resort, and greatest number of diamonds on a perfume bottle.

Dubai has experienced quick globalization over the last 20 years and has increasingly worked to position itself as an international arts hub.

The ‘Dubai Celebration Chain’, this piece is 5 km long, weighs 240 kg and took over 45 days and 100 craftsmen to produce! This 22-carat handmade gold chain was unveiled at the Deira Gold Souk bus station in 2015 in honour of the Dubai Shopping Festival’s (DSF) 20th anniversary! And guess what? Shoppers also got to pre-book sections of the chain – between 8 and 26 grams. Dubai residents, were you here for this?

The tallest chocolate sculpture is a replica of the Burj Khalifa in Dubai. Created by Andrew Farrugia – a Maltese food artist – in 2014, this record-holding creation was 13.52 metres in height and took 4,200 kilograms of Belgian chocolate to create. It took 10,000 pieces of chocolate, hand cut by Farrugia and others. 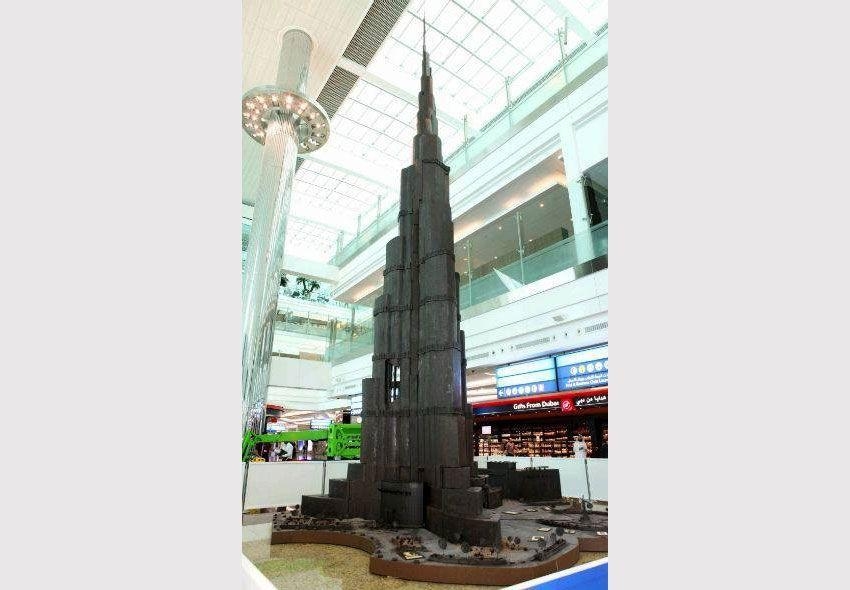 Largest Building In The Shape Of a Picture Frame

The Dubai Frame at Zabeel Park holds the Guinness World Record for the largest picture frame . At a height of 150 metres, the Dubai Frame has a 25 sqm glass panel bridge that gives visitors the experience of walking on air and an immersive gallery 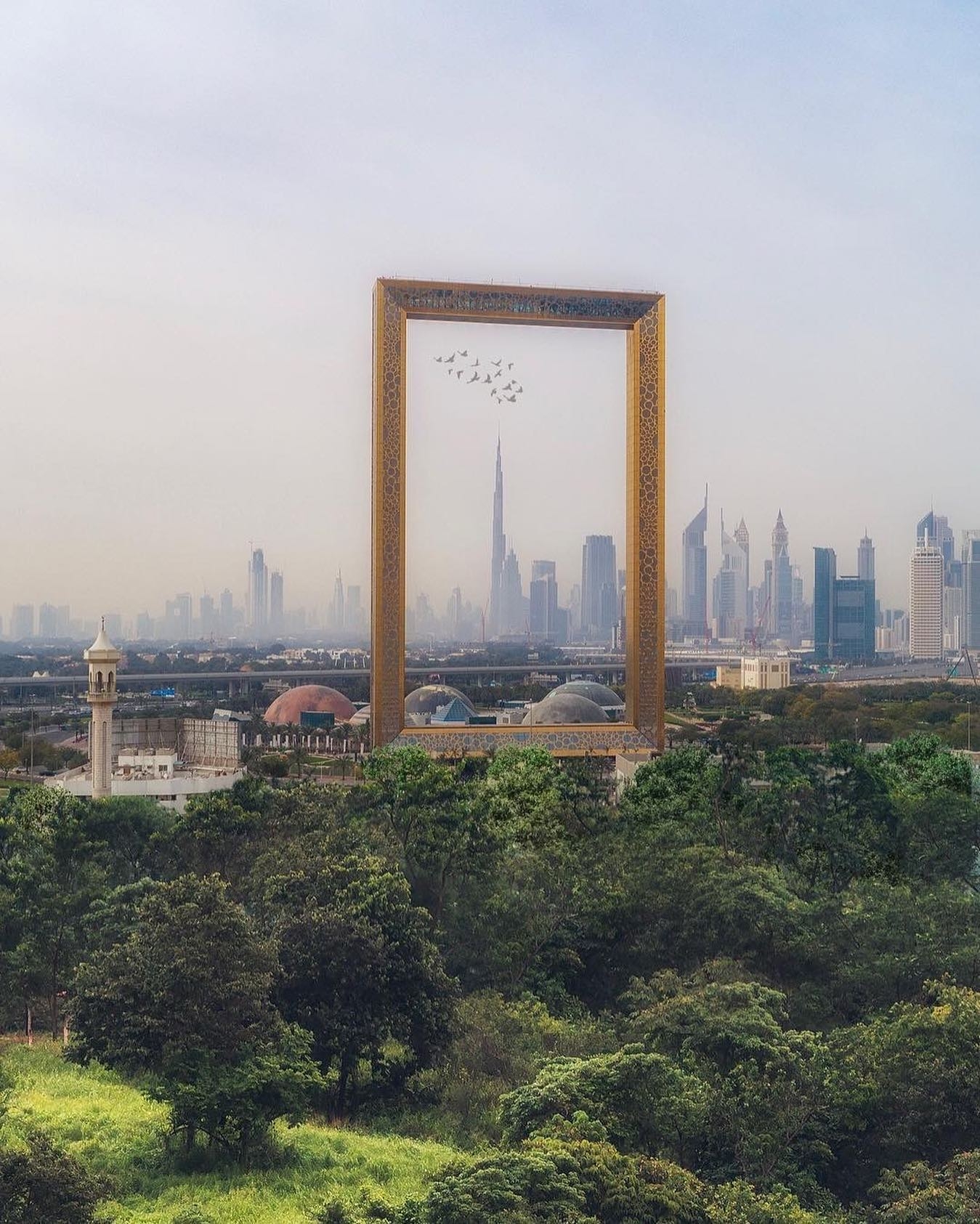 The Pointe, which was the site of a 2020 Dubai world record

Named Obaid, the dhow measures an awesome 91.47 metres long and 20.41 metres wide. This makes the dhow equal to the length of a standard American football field! 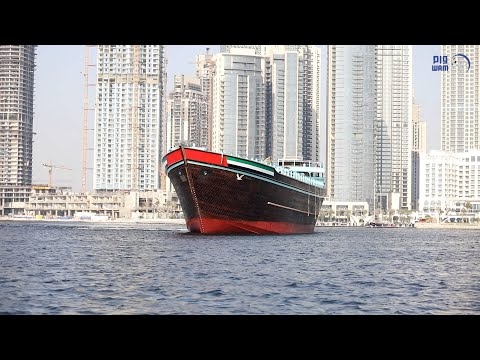 The Fastest Police Car In Service

The Dubai Guinness World Record by the Dubai Police is for their Bugatti Veyron supercar, which is the fastest police car in service (Image credits: Dubai Police)

The Dubai Police were presented a Guinness World Record in April 2016 for having the world’s fastest police car in service – a Bugatti Veyron – in their fleet of supercars. With an unbelievable top-speed of 407 km/h and a 1000-horsepower, 16-cylinder engine, this supercar can go from 0 to 97 km/h in a mere 2.5 seconds. 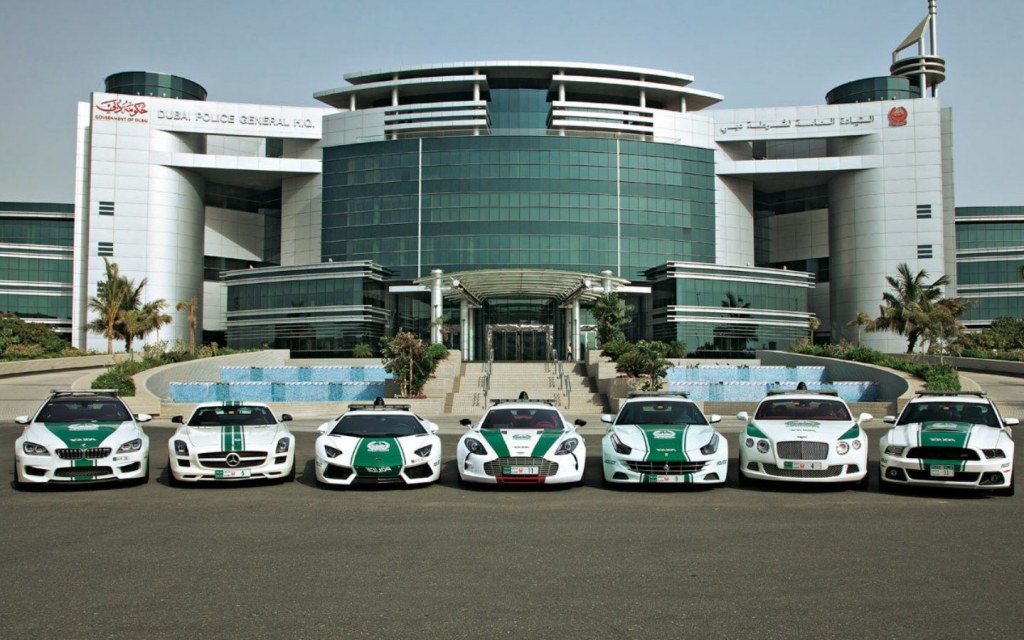