France defeated Croatia 4-2 in the final and was crowned champion for the second time.

The President His Highness Sheikh Khalifa bin Zayed Al Nahyan sent a congratulatory message to French President Emmanuel Macron on his country's win of the 2018 World Cup final in Russia.

France defeated Croatia 4-2 in the World Cup final at Moscow's Luzhniki Stadium and was crowned champion for the second time.

Sheikh Khalifa lauded Russia for providing huge resources and potentials to the participating teams,which contributed to the success of the Cup and delivery of its aspired noble goals. 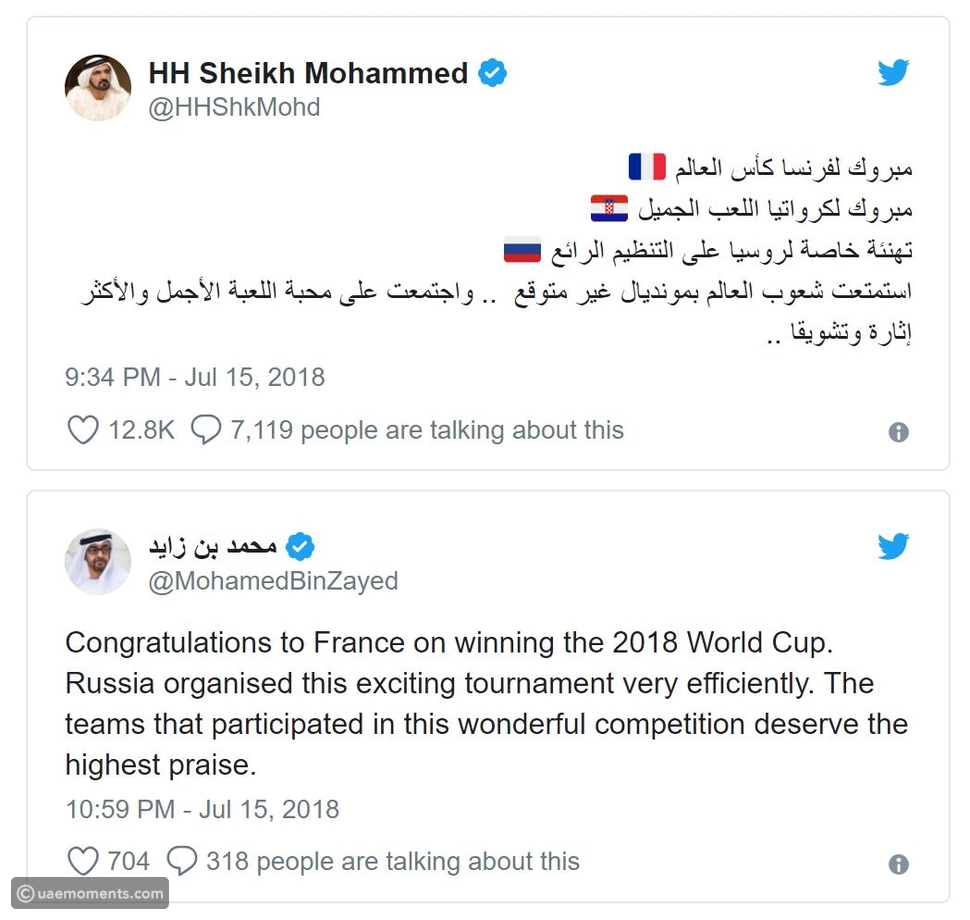