Related articles
UAE: The Country Has Lot to Contribute to UN Security Council
A number of intellectuals participated in the of "In A Parallel World"
Restaurants Taking Crypto Payments in Dubai

Cities that have stood the test of time have more than just the scars of history; they show the influence — positive and negative — of human civilization. The oldest cities in the world boast beautiful architecture and amazing stories, yet remarkably few ancient cities stand today. There is some disagreement about the historical record, so we've added a few cities to this list because of the area's religious or cultural significance. Here's our list of the oldest continuously inhabited cities in the world. 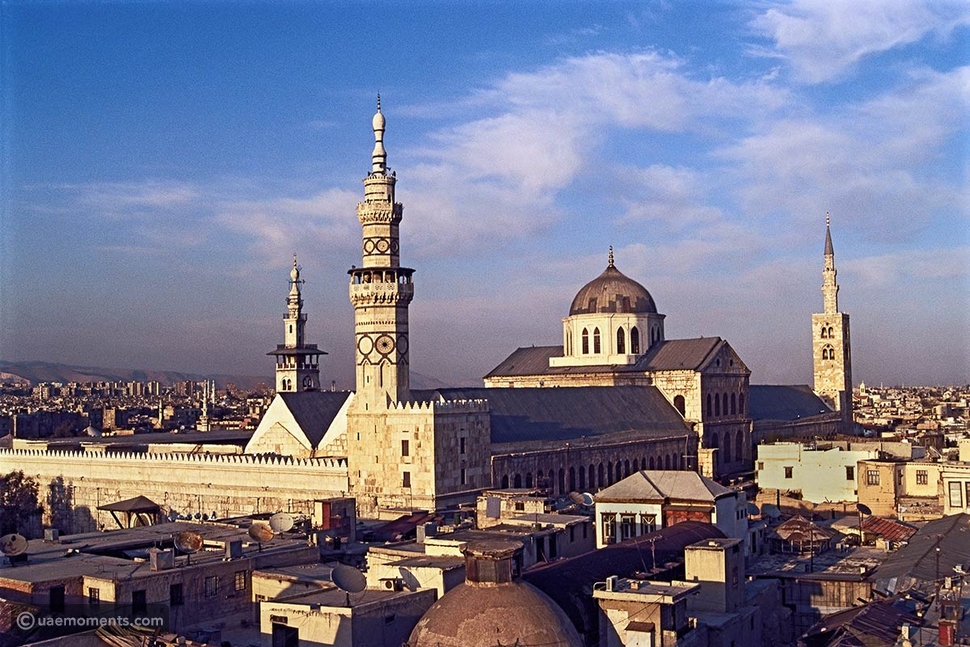 Damascus is widely believed to be the oldest continuously inhabited city in the world, with evidence of habitation dating back at least 11,000 years. Its location and persistence have made the city a nexus for civilizations come and gone. Today its metropolitan area is home to about 2.5 million people, and in 2008 it was named the Arab Capital of Culture. 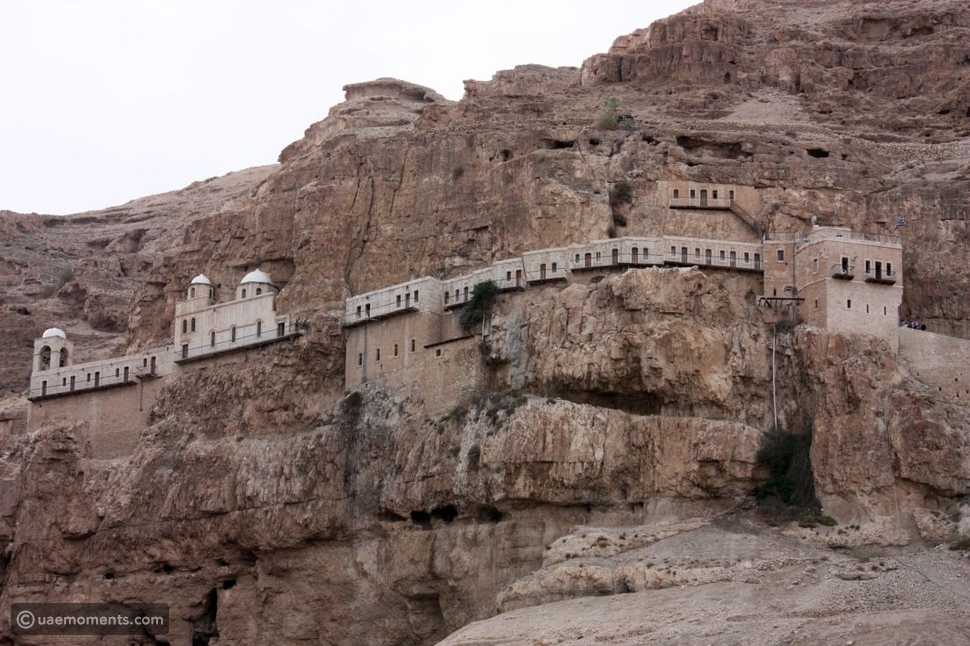 Fortifications unearthed in Jericho dating back to 6800 B.C. confirm that it is the earliest known walled city, and evidence of other habitation in the area dates back about 11,000 years, which means it's a serious contender to be the world's oldest city. Incredibly, Jericho has remained inhabited — and dry — throughout history, despite its location well below sea level. This fact also makes the city the lowest permanently inhabited site on Earth. Today 20,000 people call Jericho home. 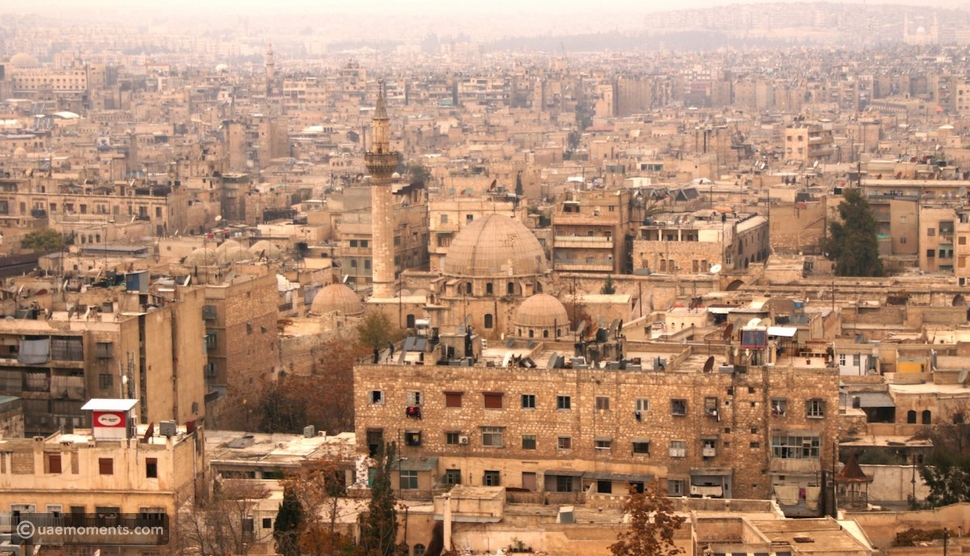 Evidence of habitation at the current site of Aleppo dates to about 8,000 years ago, but excavations at a site just 15.5 miles north of the city show the area was inhabited about 13,000 years ago. That means Aleppo and its surrounding region comprise the oldest known human settlement in the world. The city is first mentioned in cuneiform tablets from roughly 5,000 years ago, where it's cited for its commercial and military proficiency. Because of its location between the Mediterranean Sea and Mesopotamia — it was also the end of the Silk Road that passed through central Asia and Mesopotamia — Aleppo was at the center of the ancient world. Today it remains the largest city in Syria.

But the city has been in the headlines for all the wrong reasons in 2016, when the devastation of a four-year battle reached a climax. The fighting between government and rebel forces has killed thousands and forced thousands more to flee. The battle — one of the longest sieges in modern times — has caused catastrophic destruction to the Old City of Aleppo, which is a UNESCO World Heritage site. The ancient home of philosophy and the birthplace of Western civilization, Athens boasts a history of habitation that goes back long before the days of Socrates, Plato and Aristotle. The city has been continuously inhabited for at least 7,000 years. The oldest known human presence in Athens has been dated to between the 11th and 7th millennium B.C. Today it remains a sprawling metropolis, and its Acropolis still stands, overlooking the landscape. 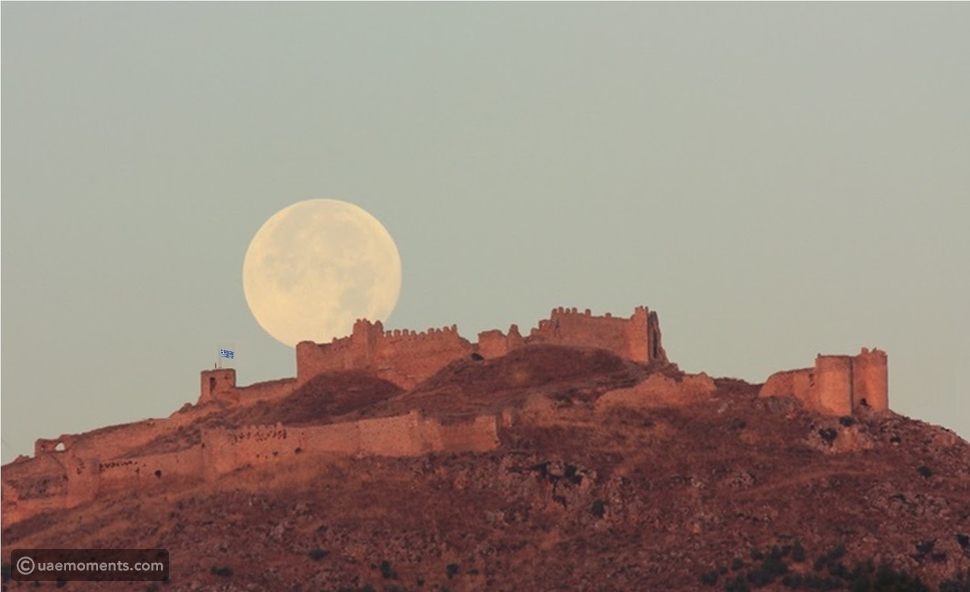 An urban settlement for about the last 7,000 years, Argos is in competition with Athens to be the oldest city in Europe. The city has long been powerful — its commanding position in the fertile plain of Argolis has earned it a powerful position, though it has a history of neutrality. For instance, the city refused to fight or send supplies during the Greco-Persian Wars. Perhaps that's part of the reason the city has withstood the test of time. 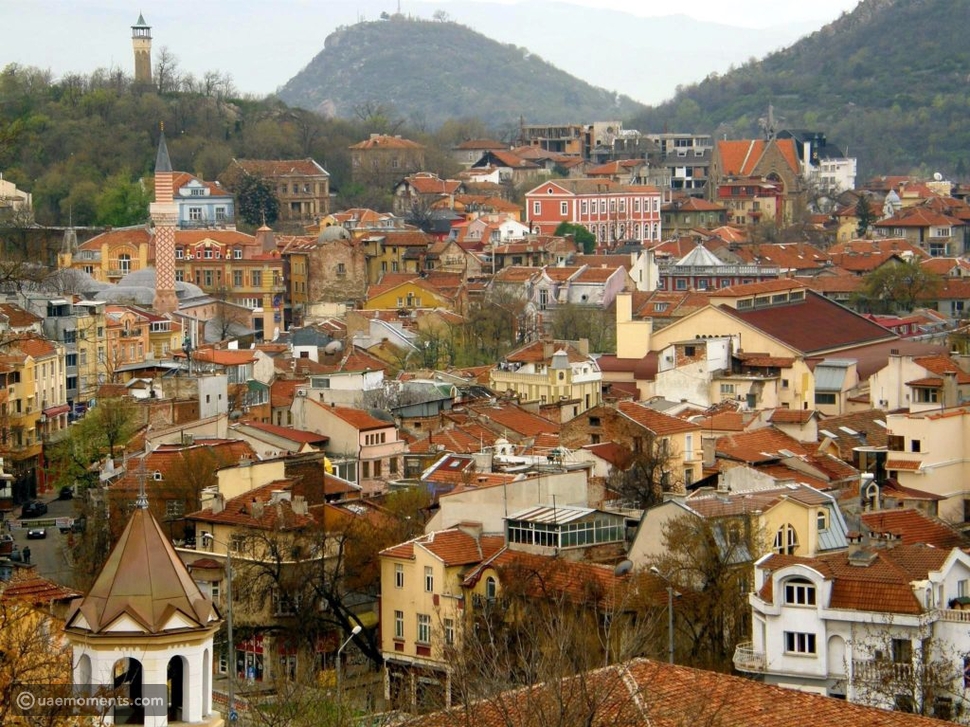 Plovdiv was originally a Thracian settlement known as Philippopolis to the Greeks, and was a major city for the Romans. It was also ruled by the Ottomans for a time. The beautiful city has a rich history dating back millennia, according to the Telegraph. Evidence of habitation dates back 6,000 years. Today it remains the second largest city in Bulgaria, and an important economic, cultural and educational center. 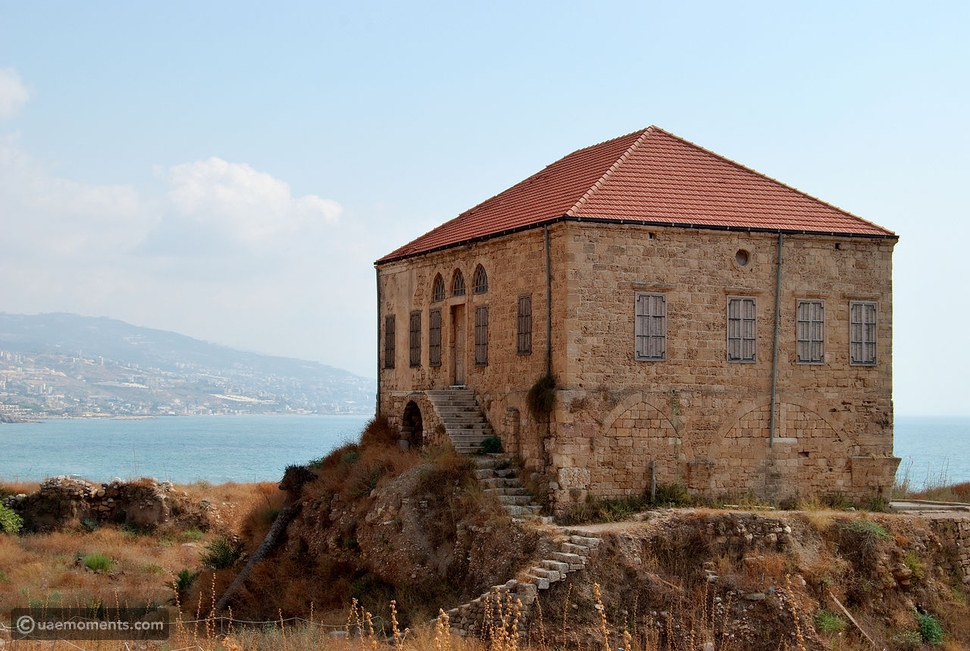 Though there's evidence of settlement as far back as 7,000 years ago, Byblos has been a continuous city for about 5,000 years. According to the ancient writer Philo of Byblos, the city had a reputation in antiquity of being the oldest city in the world. Interestingly, the English word for "Bible" is derived from "Byblos," because it was through Byblos that papyrus was imported to Greece. 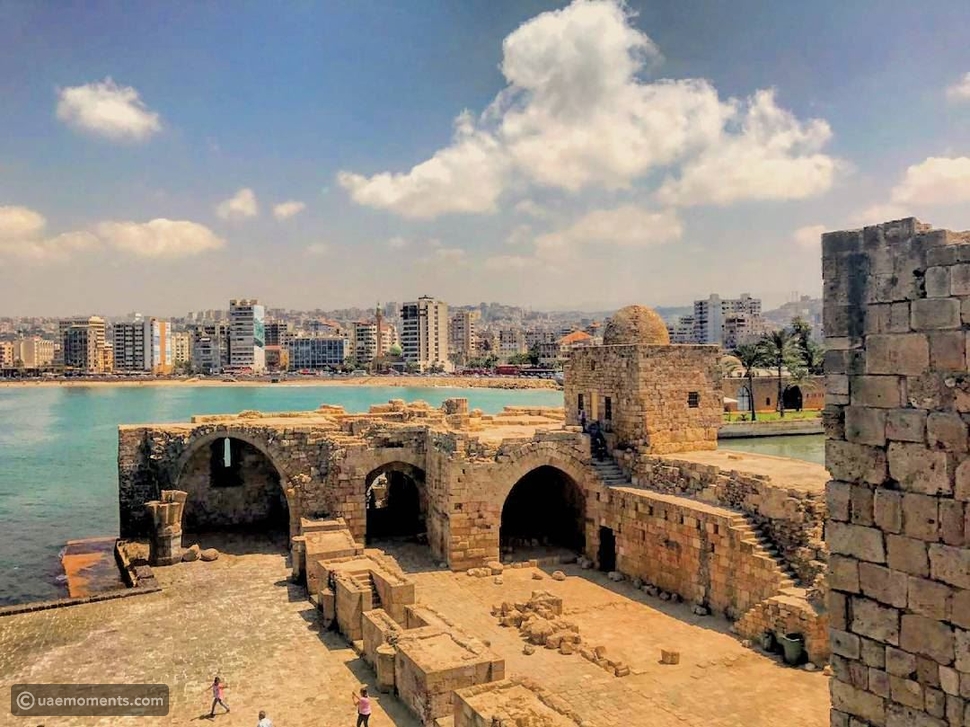 Inhabited for at least the last 6,000 years, Sidon was one of the most important Phoenician cities because of its location as a crucial port on the Mediterranean. This locale also led to the city being conquered by a revolving door of the world's great empires, including the Assyrians, Babylonians, Egyptians, Greeks, Romans and Ottomans. Today about 200,000 people call Sidon home. Located within the Greater Tehran metropolitan area, Rayy (or Rey), Iran, has evidence of habitation dating back 8,000 years, though it has likely been continuously occupied for about 5,000 or 6,000 years. The city retains a wealth of historical monuments, such as the 5,000-year-old Cheshmeh Ali hill and the 3,000-year-old Gebri castle. It was a deeply sacred city to the Zoroastrians. Jerusalem is one of several cities to have sprung up between 4,000 and 5,000 years ago in the thriving Levant region, but it holds a unique place in history as the nexus of several of the world's great religions. For that reason, it is home to a wealth of spiritual and religious sites. Unfortunately, Jerusalem's Old City has also been added to the list of World Heritage Sites in danger due to modern-day urban development, tourism and cultural turmoil. 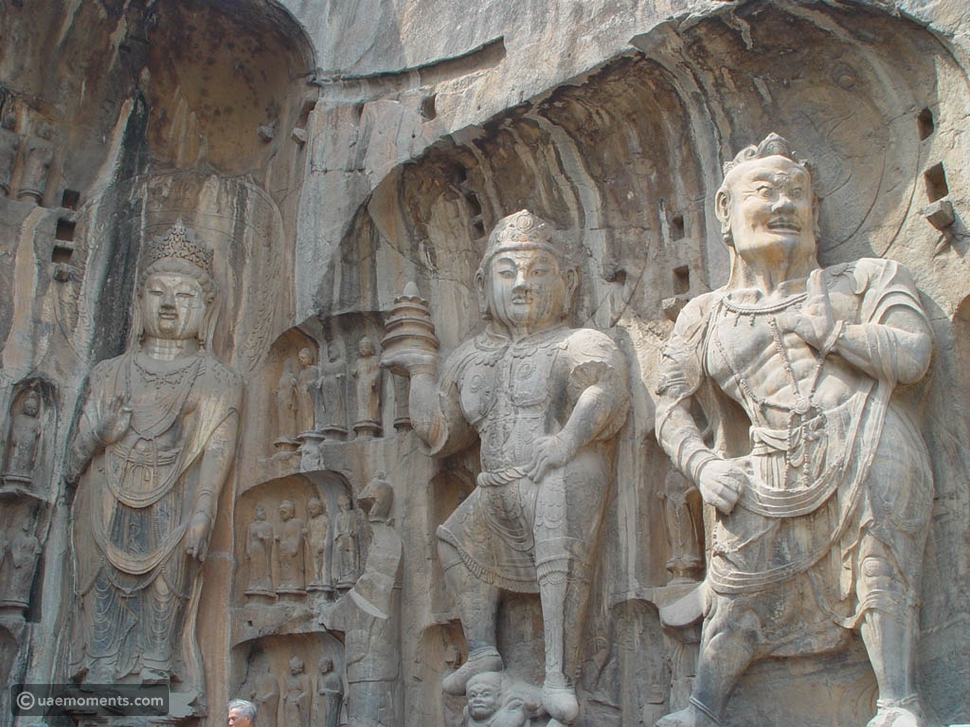 A number of ancient cities were first being built around 4,000 years ago in the Mideast and Europe, but Luoyang stands out from that time period as the oldest continuously inhabited city in Asia. Located on China's central plain, Luoyang is the oldest city in the country and one of the Seven Great Ancient Capitals of China. It has been in habitation since Neolithic times, with a continuous habitation for at least 4,000 years. Located at the intersection of the Luo and Yi rivers, the city was considered to be the geographical center of ancient China. According to Hindu legend, Varanasi is more than 5,000 years old and is considered the oldest city in the world, though evidence of habitation only goes back about 3,000 years, according to the BBC. This more modest date indicates Varanasi is among many ancient cities to appear around the first millennium B.C., and it is still the oldest city in India and is considered the holiest city in the world to Hindus. Its location on the banks of the sacred Ganges River also contributes to its prestige as an important site of pilgrimage.