UAE just continues to evolve from all aspects as of recently Sharjah has unveiled the UAE’s first high-speed electric sky pod network. 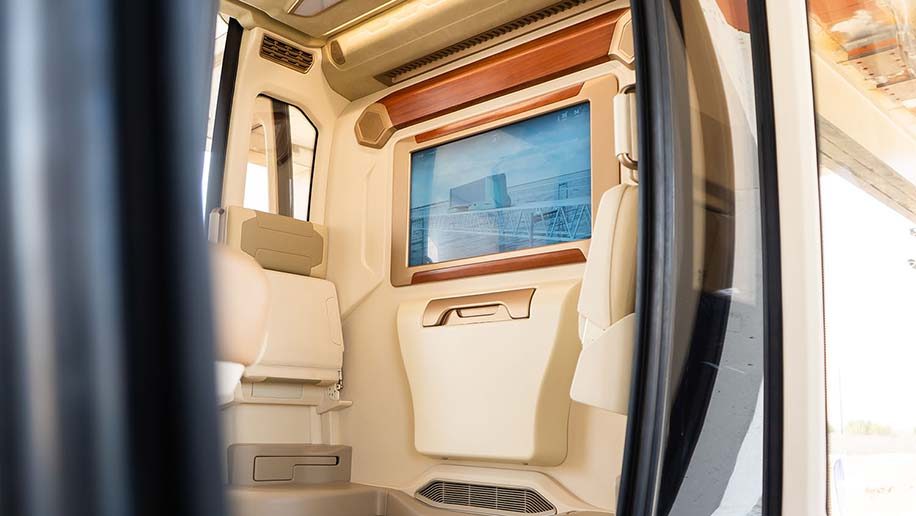 Designed in Belarus by Anatoli Unitsky, a scientist and member of the Russian Cosmonautics Federation, the sustainable SkyWay system could be carrying its first passengers within weeks.A development site at the park already has a working 400-metre track that carries a suspended Unicar pod built to withstand the extreme Middle East climate. This pilot project is expected to start carrying passengers in luxury pods from March this year.

Another 2km test track is due to open at the park in May. And within three years, a 130km sky track from Sharjah to Khor Fakkan port could be operational to transport freight.

The track will allow suspended pods hanging on a super-strong string rail to travel at a speed of 500kph once a full-length line is open.

“From a distance, it may look like a cable car – but it is light-years away,” he said.

Ropes and rolling wheels restrict that format to low speeds because of friction and load. This Unitsky String Technology is more like a railroad, with wheels rolling on a rail,” he said.

“There is steel-to-steel friction so it means it consumes much less energy than cars. It is a power-saving solution, with an electrical motor that can be operated partly by solar or wind energy.”

The project is supported by the Sharjah Government.