Historic Win for Saudi Arabia Over Argentina in an Epic Match

Related articles
PHOTOS: The Saudi Football Team Pulled A Major Upset!
Who Are The Saudi Players Who Scored Against Argentina?
Get a Chance to Watch Lionel Messi and Team Argentina in Dubai 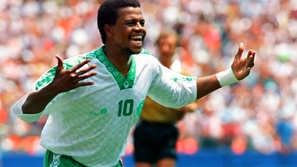 Read More: The Story of “The Green" Saudi Arabia in World Cup 1994

The Saudi national team achieved a historic win after overcoming its Argentine counterpart, with two goals to one, in the opening match for the two teams in Group C of the Qatar World Cup, which will be held from November 20 to December 18.

Although the Argentine national team advanced in the first half, and 3 Tango goals were canceled due to offside, Saleh Al-Shehri managed to equalize at the start of the second half, before Salem Al-Dosari added the second goal in a wonderful way against Martinez, the Argentine goalkeeper.

This win is the first inaugural victory for Saudi Arabia in its sixth appearance in the World Cup, as Al-Akhdar has never won in its first match.

Saudi Arabia also succeeded in being the first Asian team to score more than one goal against Argentina in the history of the World Cup. Messi, Maradona, and Batistuta had never scored two goals in their history against a team from the yellow continent.

The Argentine star, Lionel Messi, who is relied upon by many in the 2022 World Cup, played only one match against the Saudi national team, and it was a friendly in 2012, which ended in a goalless draw, before losing in today's confrontation.

Mexico and Poland will meet in the same group this evening.

The Saudi national team succeeded in surpassing the group stage once in its history in 1994, as Al-Akhdar seeks to repeat the same achievement. - Continuous Argentine attempts and Al-Owais in the right place. While FIFA World Cup's official account on Instagram called the Saudi team's victory "Historic".