The Gaf Tree: The National Tree of the UAE

Why are they important in the environment, natural heritage, to humans?

Related articles
In Pictures: What Are The National Symbols Of The UAE
The UAE National Holidays for 2021
The Locations Of The Cricket Tournament in The UAE 2021 It is also an essential food source, as well as a source of fuel, shelter and medicine for both humans and animal species. Many birds build nests on the Ghaf - Desert eagle owl, Brown-necked raven, Yellow-throated sparrow and Long-legged buzzard are examples. 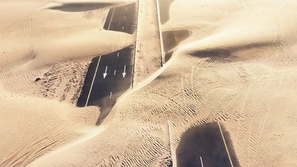 It was heavily used by the Bedouins as its seeds and leaves were once used instead of rice, its extended pods provide food for animals which in turn supply milk, butter, cheese, and meat.

The Ghaf woodlands also support large populations of insects, which in turn provide food for reptiles, birds and small mammals. This sturdy, evergreen tree can withstand prolonged drought and high salinity, tapping water deep in the sands. The seedpods of the Ghaf contain a sweet pulp, locally known as “khoka”, which are also eaten by nearly all livestock and humans, and salads can be made from the leaves – this is actually considered a delicacy here in the UAE! Other important uses include providing wood for construction and medicinal properties, as it is recommended for the treatment of chest congestion, toothaches and even snakebites!

Back in 2007, Emirates Nature, formerly known as Emirates Wildlife Society, and the World-Wide Fund for Nature (WWF) launched a campaign called “Save the Ghaf Tree”, which aimed to make the endangered tree a national symbol and to raise awareness about it among UAE residents. The campaign was well-received and a big success, as almost 1,000 trees were planted and the Ghaf was declared the national tree the following year!