Will Smith is one of HH Sheikh Hamdan's close friends. The American actor gifted the Crown Prince of Dubai and Chairman of the Dubai Executive Council some Aladdin-themed balloons and large presents to congratulate the royal on the birth of his twins. Read More: Lessons Sheikh Hamdan Will Teach to His Children

Read More: Sheikh Hamdan Welcomes Twins and These Are Their Names

The royal popularly known as Faz3, announced the birth of his twins with a story of blue and pink feet. His Highness then shared a picture of him holding both Prince Rashid and Princess Sheikha.

The ‘Men in Black’ actor has previously gifted the Crown Prince with an electric motorbike as the prince is a big fan of sports. 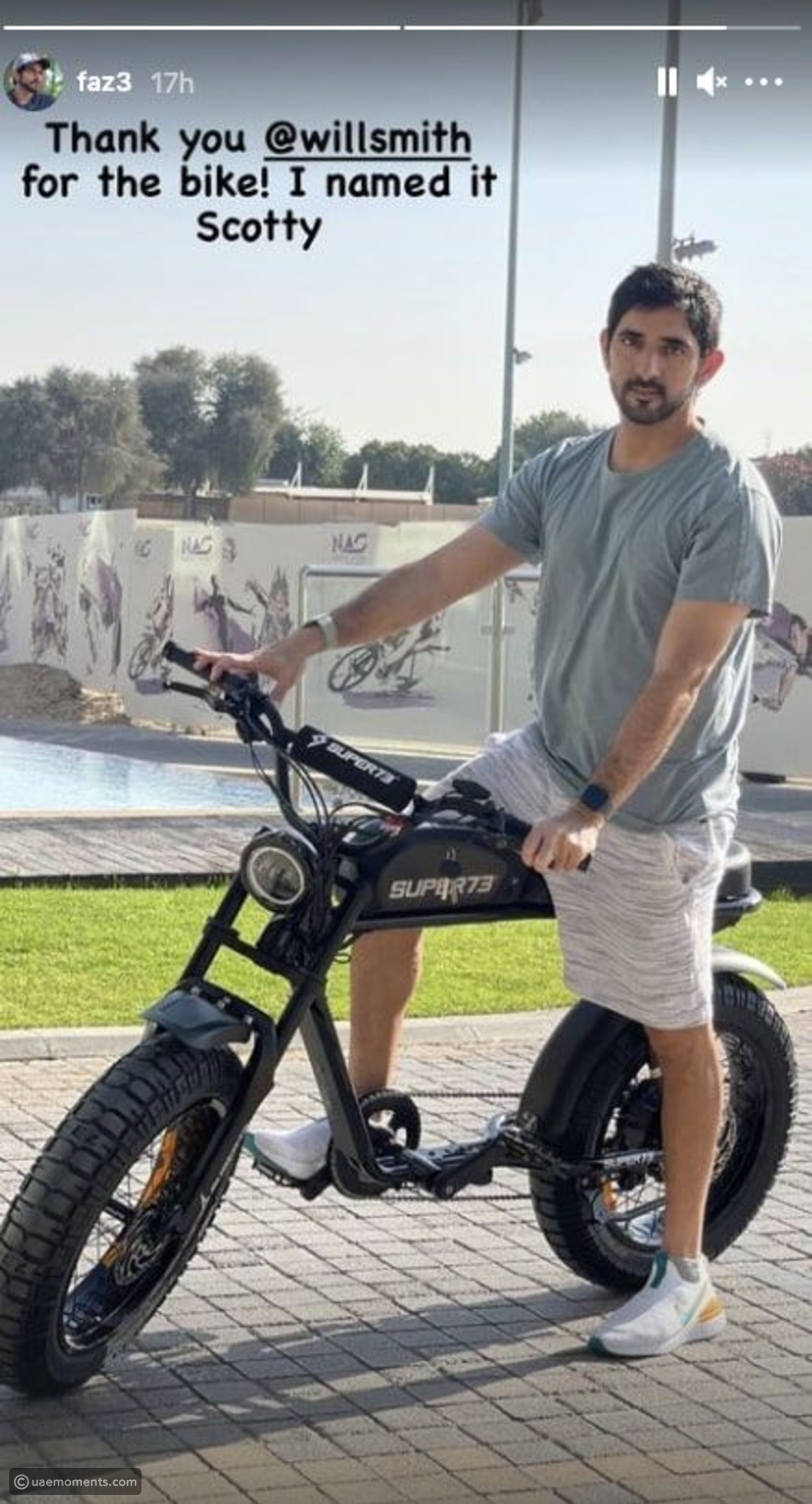 The Crown Prince made sure to post the thoughtful present to his Instagram stories, thanking Smith for his incredible congratulatory message.