His Highness Sheikh Hamdan bin Mohammed bin Rashid Al Maktoum, Crown Prince of Dubai is one of the biggest fans of horse riding.

His Highness chooses the most unique names for his horses so we’ve gathered few of the names we admire.

A picture of Dubai’s crown prince with his favourite horses or "close friends" as he commented on the picture (from left to right): the horse «Koraan» and then His Highness and then the horse «Faraan» 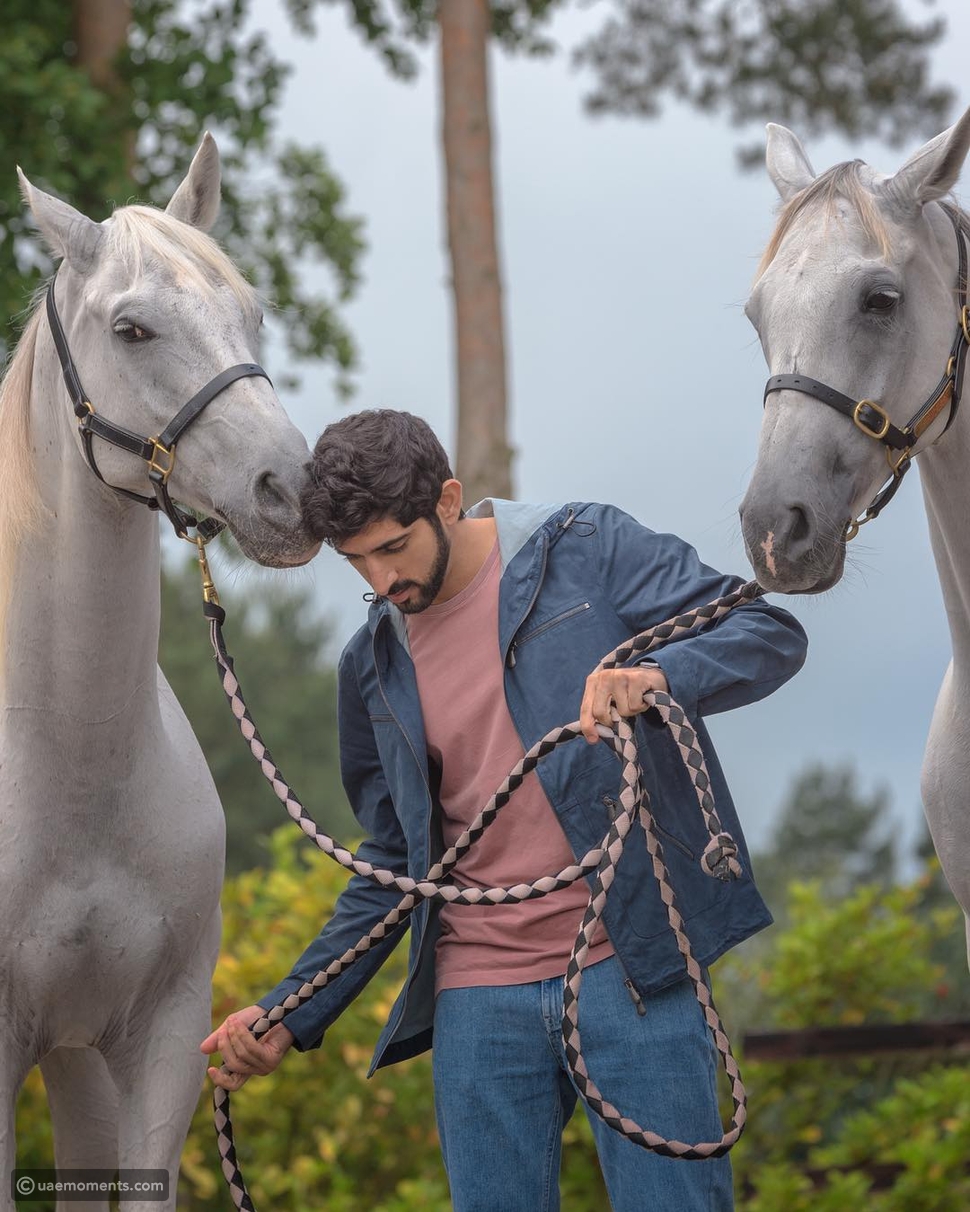 He previously mentioned some of the other names that belong to his horses such as "Utoufa De Lap" “Ittijah” (means direction in Arabic), “Dot Lay Kitten”, “Iqdar”, “Ajayib” (means wonders in Arabic) and many others. 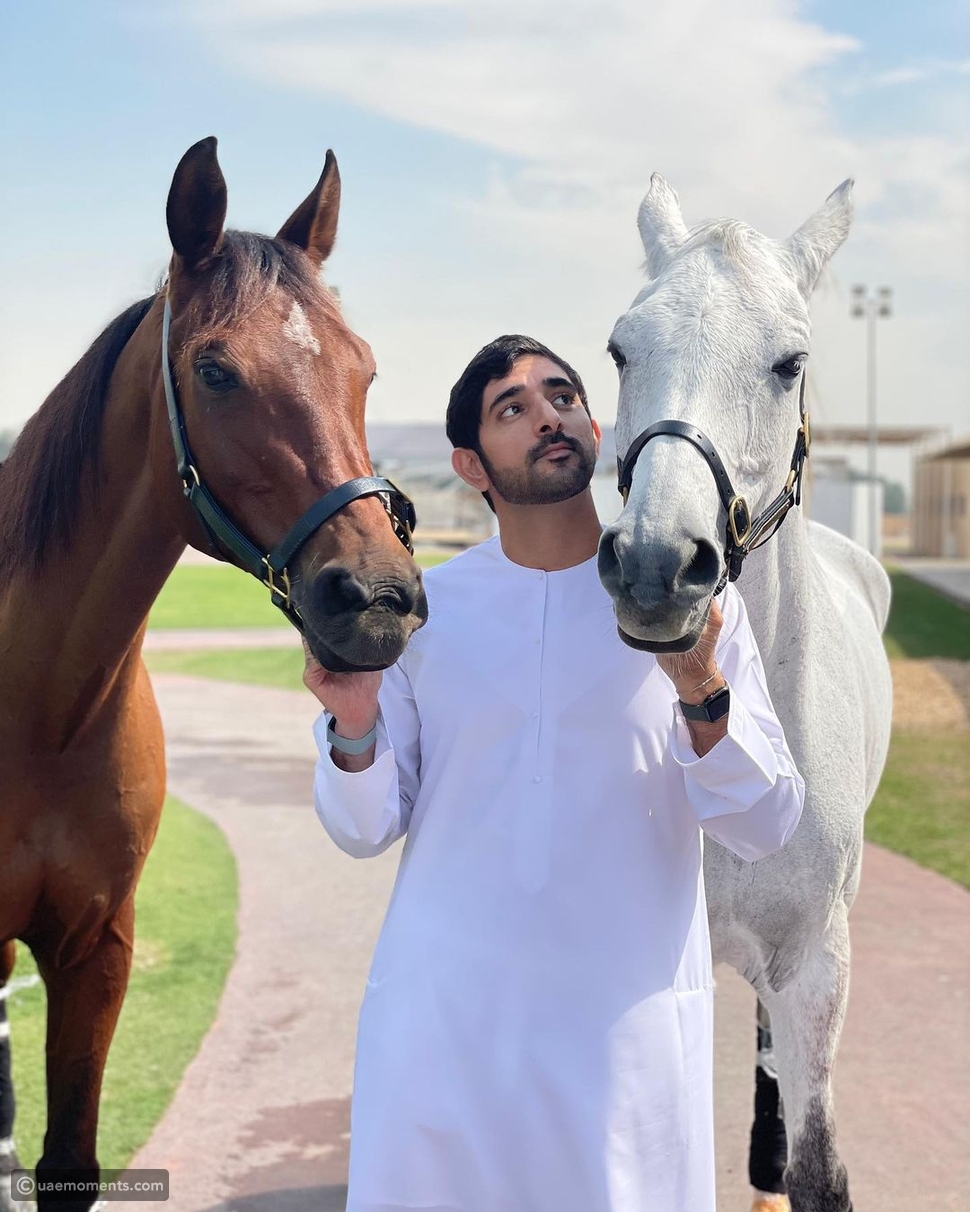 His Highness Sheikh Hamdan gifted a child a horse after the child told him about his desire to ride and own a horses, the child name it, "Yaqout".