Sheikh Mohammed bin Rashid celebrated his 69th birthday on Sunday and the festivities continued the following day with a barbecue by the sea.

The Vice President and Ruler of Dubai was pictured grilling food while on holiday.

His son, Sheikh Hamdan bin Mohammed, Crown Prince of Dubai, posted the photo of Sheikh Mohammed to his Instagram account on Monday.

His accompanying caption read: "When you are relaxed, life takes on a different flavour". 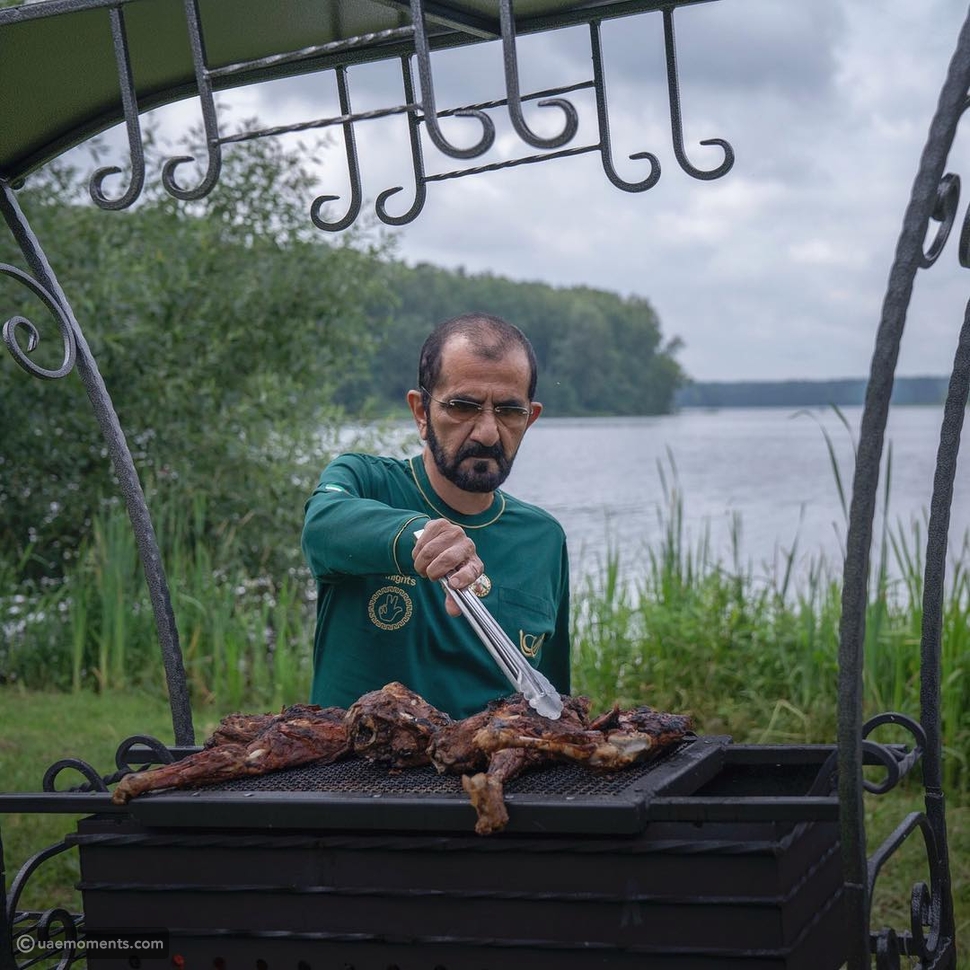 Sheikh Hamdan also shared videos on his Instagram story of himself and a companion standing atop towering cliffs in the Faroe Islands.

He toured Bergen in Norway earlier this week.

He focused in on an sign - written in English and German - that warned against standing near the very edge of the cliffs and later shared yet another photo of Sheikh Mohammed cooking a stew.

Last month, Dr Sheikh Sultan bin Mohammed Al Qasimi, Ruler of Sharjah, celebrated his 78th birthday with a barbecue in the English countryside. He wore a festive apron that dubbed him the 'King of the BBQ'.