Grace periods are in place for Emiratis, GCC passport holders and UAE residents whose documents have expired

Related articles
#BREAKING: UAE Announces A Decree To Abolish The Israeli Boycott Law
How To Check Visa Cancellation Status?
A New Entertainment Curfew Has Been Imposed In Dubai

The Federal Authority for Identity and Citizenship (ICA) can resume charging administrative fees for visa services from Sunday.

The UAE Cabinet has announced a three-month grace period until October for GCC passport holders and UAE residents to renew their visa and residency documents. 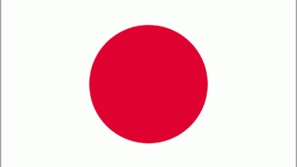 The 10 most Powerful Passports to have! 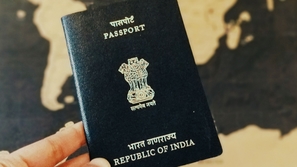 The Cabinet also granted a one-month grace period to renew visas from the date of arrival to the UAE for GCC passport holders and UAE residents who have spent less than six months out of the country.

The same applies for Emirati citizens, according to an announcement on Wam news agency.

UAE residents who have been out of the country for longer than six months or whose visas expired after March 1 have been granted a grace period – that will be determined by the ICA – to return to the Emirates from the date flights resume between the UAE and the country they are currently in.

Administrative fees cannot be charged during that grace period but will begin immediately after, the Cabinet said.

Authorities said the changes to amend the resolutions come as normalcy returns to the Emirates and economic activities resume.

The earlier decision to extend the validity of visas and entry permits for those in the UAE from March 1 until end-December has been cancelled.

The grace period given until the year-end for identity cards that expired on March 1 has also been cancelled, as per a government resolution that comes into effect from Saturday.

The Cabinet instructed the Federal Authority for Identity and Citizenship to start collecting fees due for providing visa and residency services from Sunday.

The authorities had earlier said all UAE residency visas that expired after March 1 would remain valid to the end of the year due to the global lockdowns prompted by the coronavirus pandemic.

Most recently, in June, immigration officials said a short-term amnesty for people who have lived in the country without a visa since before March 1 will run until August 18.

It targets people who were in the country before March 1 without a valid visa - such as workers with expired permits, jobseekers on expired visit visas and people working without any documents.

It did not extend to people who have lost their job since March 1, who must pay a Dh200 one-off fee and a fine of Dh25 per day.