Behind Burj Khalifa wonderful Construction ... The MastePiece of Dubai

The idea behind Burj Khalifa construction

The basic idea and plan behind the construction of the world’s tallest building in the world in Dubai was to switch from an oil based economy to a more diverse economy, with global recognition for Dubai. The erection resulted in a great boost to Dubai’s tourism department, the results of which have been obvious by the booming tourism in UAE.

The issue of the design was a serious concern since there were multiple factors to be considered to ensure that structural stability and reliability were attained. Skidmore, Owings, and Merrill (SOM) designed the tower on the basis of the bundled tube structure. Reinforced concrete, steel, and aluminum are the main structural components of the Burj. It has a total of 163 floors that are made accessible by 57 elevators.

The fascinating features that add to the beauty and charms of the record-breaking building include the following:

A post shared by Burj Khalifa by Emaar (@burjkhalifa)

Burj Khalifa and Dubai Fountain have been synonymous, as the world’s largest choreographed fountain, worth 217 million USD adds to the fascination of the tourists and visitors. It is illuminated by 6600 lights and 50 flamboyant projectors.

An outdoor observation deck was also constructed on Burj’s 124th floor. Under clear circumstances, the deck allows the viewers to look and observe distances as far as the shores of Iran.

An 11 ha park envelops the Burj Khalifa at its ground floor, that also houses a water room to water the plants in the glorious park.

Attractions that make you awe!

The building has so much to offer to its visitors and admirers. The 163 floors contain Armani Hotel for tourists, shopping malls, Nightclubs, Restaurants, and observation sites.

On average Burj Khalifa makes about 1.6-1.7 billion USD per year in revenues. Thus the total cost of construction has been covered in one year’s revenue generation. Burj Khalifa remains the most visited attraction in Dubai as more than 1.87 million people have visited it in the last year. The ticket price to visit the top of Burj Khalifa is 205 USD per person while the dining charges are about 80 USD per person.

Several possibilities have been discussed further increasing the height of the Burj in the coming years, but none of them have been realized as yet.

The Burj continues to receive admiration, adulation, and applause from individuals all across the globe.

A post shared by Burj Khalifa by Emaar (@burjkhalifa)

As Expo 2020 is blooming across the country right now, check out interesting news and articles on our Uaemoments website. 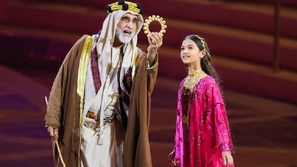 Read More: Who Is The Expo 2020 Dubai Opening Ceremony Girl? 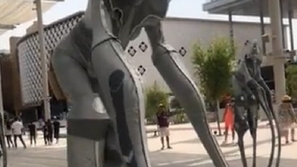 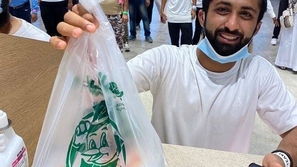 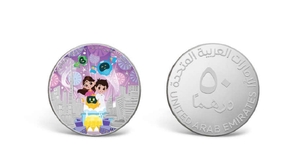