Another Record! Emirates A380 Year Of Tolerance Flight

Passengers from 145 nationalities on board!

Related articles
National Festival of Tolerance at Expo 2020 Dubai
Burj Khalifa Lights Up In Honour Of The Late Emir Of Kuwait
50 years of achievements: UAE Announces 2021 as 'The Year of The 50th'

Emirates has completed a one-off flight to mark the UAE Year of Tolerance and has broken a Guinness World Record. Operating as Emirates EK2019, the flight lasted around 90 minutes flying across all seven emirates (Dubai, Abu Dhabi, Al Ain, Ajman, Fujairah, Um Alquain and Ajman) and contained the most nationalities ever recorded on an aircraft.

In total, there were 145 nationalities represented on the Airbus A380, which was wearing a very special livery to mark the occasion. 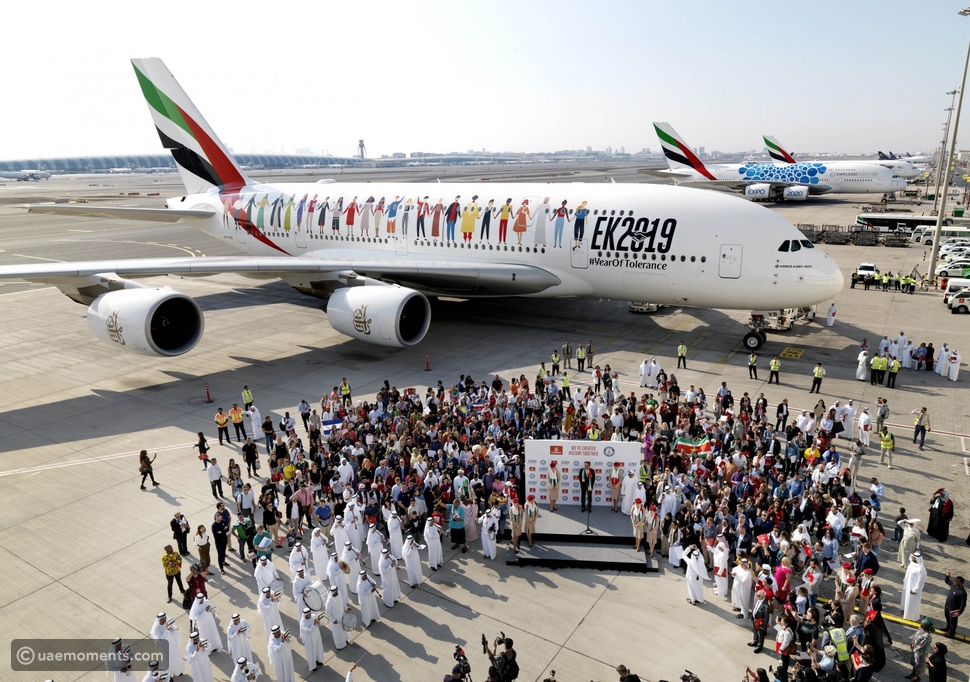 The special flight was to be operated by an Emirates A380, registered A6-EVB. This is one of the younger A380s in the fleet, having been delivered to Emirates in November 2018. Passengers were greeted with a dedicated check-in counter and, of course, plenty of photo ops. Each was given a special celebratory boarding pass, stamped with the EK2019 #yearoftolerance graphic. Every passenger was also invited to write down their name along with their nationality to add to a board celebrating the flight. 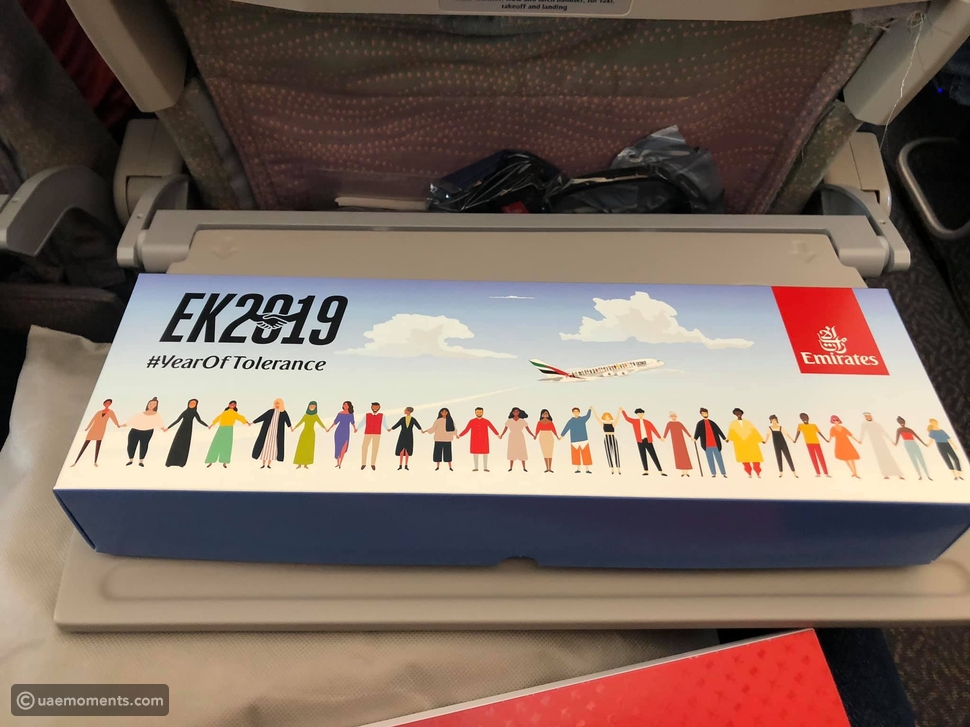 EK2019 took off at just after 12pm local time today from Dubai (DXB). The entire flight was to last only an hour and a half, returning to Dubai at 13:40. The A380 remained at a low altitude throughout the flight, maintaining just below 7,000 feet for most of the trip. Prior to landing, it raised its altitude to 7,850 feet as it cruised over the Persian Gulf.

7 reasons why you should never fly Emirates again! 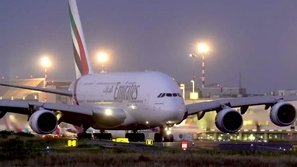 Why I choose to fly Emirates A380 in any class! 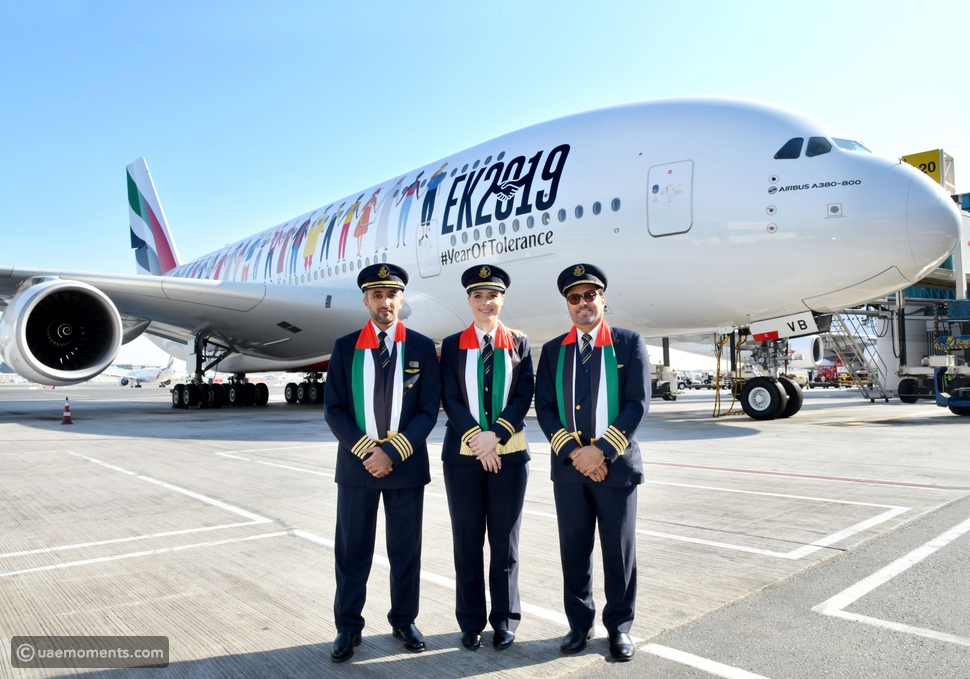 And it wasn’t just the passengers who demonstrated diversity either. The flight crew was comprised of two UAE nationals and one German, while the 22 cabin crew represented 18 countries between them.