A New Emirates A380 Airbus With Colorful Design Celebrating Expo2020

Emirates has outdone itself with its latest special A380 Airbus livery. The airline is no stranger to painting its jets with differing liveries to celebrate special occasions. Emirates has now revealed one of its boldest liveries to date, celebrating the Dubai Expo 2020 event in the city. 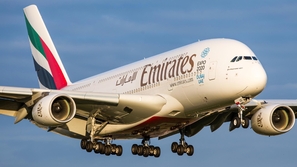 Read More: 16 Little Known Facts About The Airbus A380 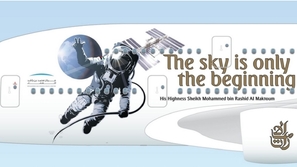 Many airlines shy away from special liveries, while others may consider them for very special occasions as there is always a risk that the liveries may not be appreciated by passengers and may have negative branding implications similar to what happened to British Airways in early 2000.

Emirates airlines have been known to bold about applying special livery to its aircraft for any number of occasions. In fact, in just five years, the airline has applied 50 unique designs to 100 aircraft.

How was the jet painted?

When Emirates revealed its ’50 years of the UAE’ livery, the aircraft had been covered in decals. This essentially meant the aircraft maintained its original livery underneath ‘stickers’. The airline took a different approach with the Expo 2020 livery. The aircraft was completely stripped of paint. The majority of the livery was painted on using stencils and electrostatic spray guns. The engine messages and the cabin crew images were then placed over the top by applying decals. Emirates described the entire project as “by far the largest one the airline has ever embarked on.”

Read More: Why I choose to fly Emirates A380 in any class!

Read More: Meet the Emirati female pilot who flies one of the largest planes