This coming Monday will see the first Israel's El Al Airlines to land in the United Arab Emirates. This would make it the first-ever commercial flight between the two countries. 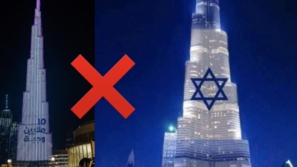 The flight between Tel Aviv and Abu Dhabi is expected to carry an Israeli delegation and accompanying US officials for talks on cementing Israel and the UAE's normalisation agreement. The website of the Israel Airports Authority listed the flight on Friday.

A return flight from Abu Dhabi to Tel Aviv was scheduled for Tuesday afternoon, the online timetable showed.

Authorities in both countries have not acknowledged the flight. Even the US Embassy in Abu Dhabi did not immediately respond to a request for comment.