Images: Shaikh Zayed Portrait Made Out of Nearly 3000 Discs

The first five-star DoubleTree by Hilton in Dubai has an artwork made up of more than 29,000 reflective discs placed on an artwork surface at varying angles to reflect light to the viewer using the “Wing Sculptural System” 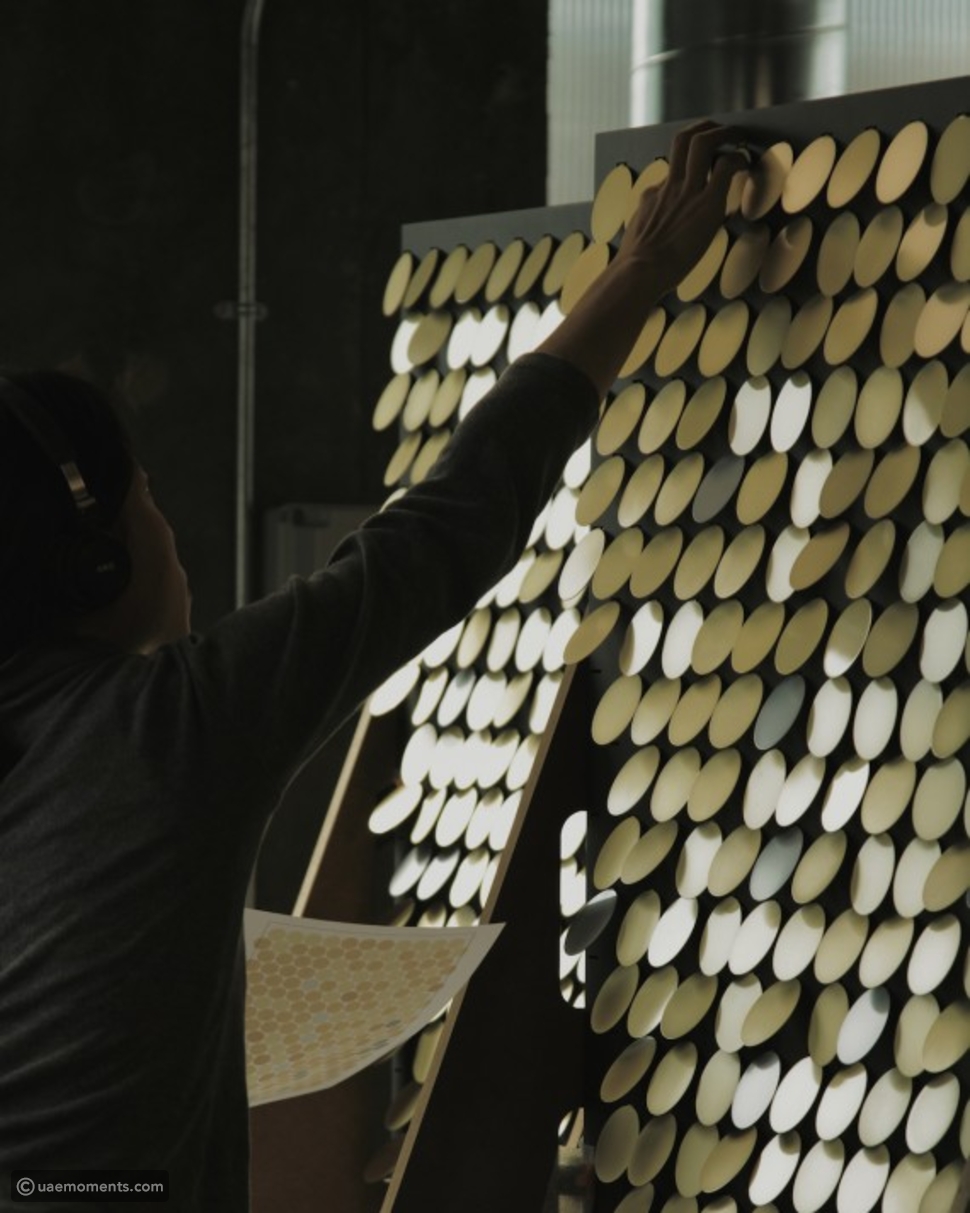 Commissioned by London-based Giles Miller Studio by the property owners AWR Rostamani through TWO boutique art consultancy, the piece took three weeks to assemble and to fit all of the discs to the specially engineered backing structure.

Its feature wall, the first-of-its-kind in the UAE, was commissioned by London-based Giles Miller Studio. 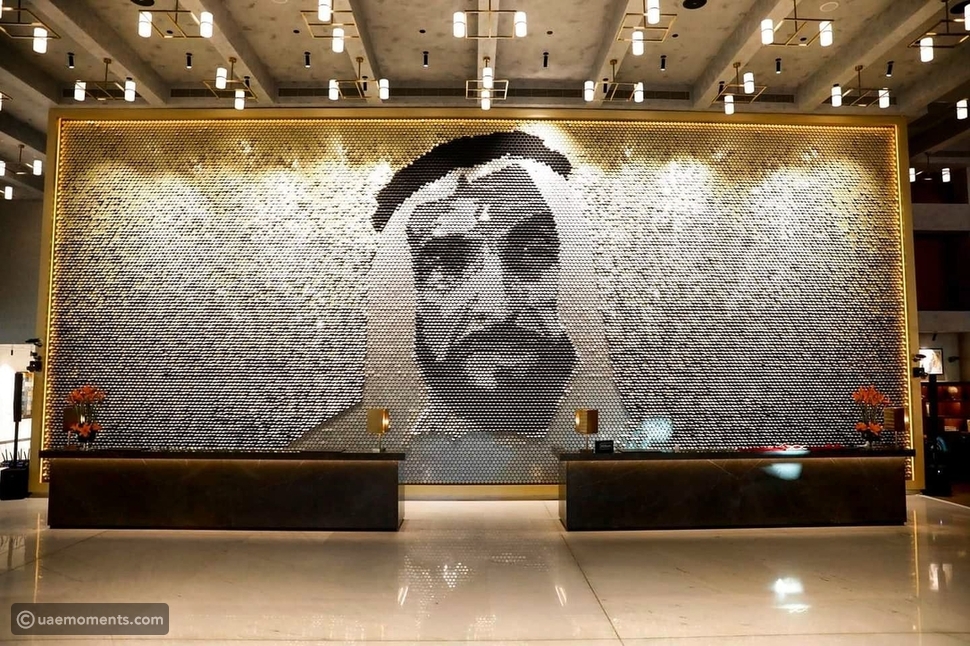 TWO, which launched in 2019, said it was "proud" to have worked with a team of designers and eight artisan makers on the unique portrait. 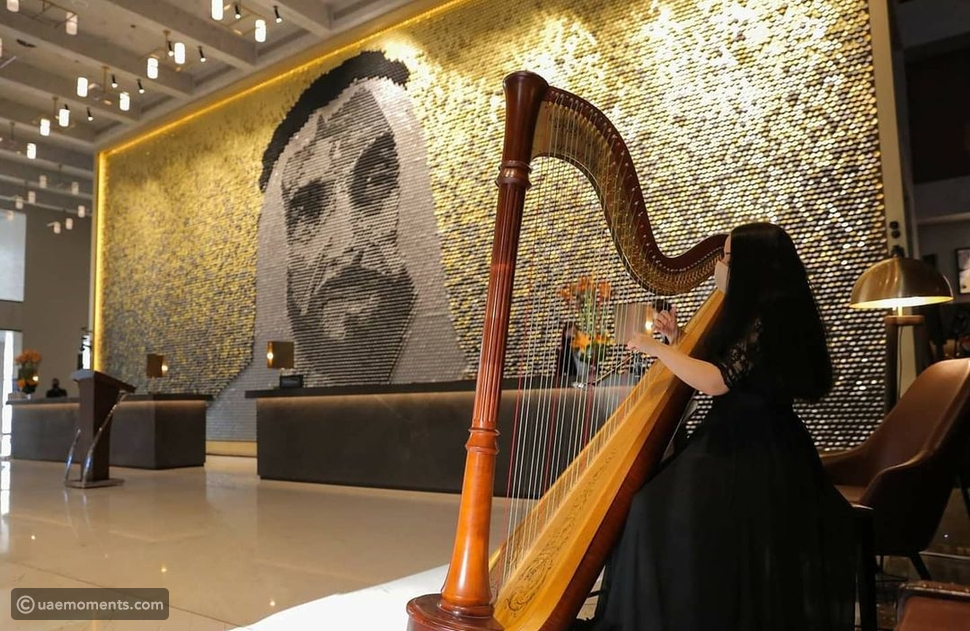