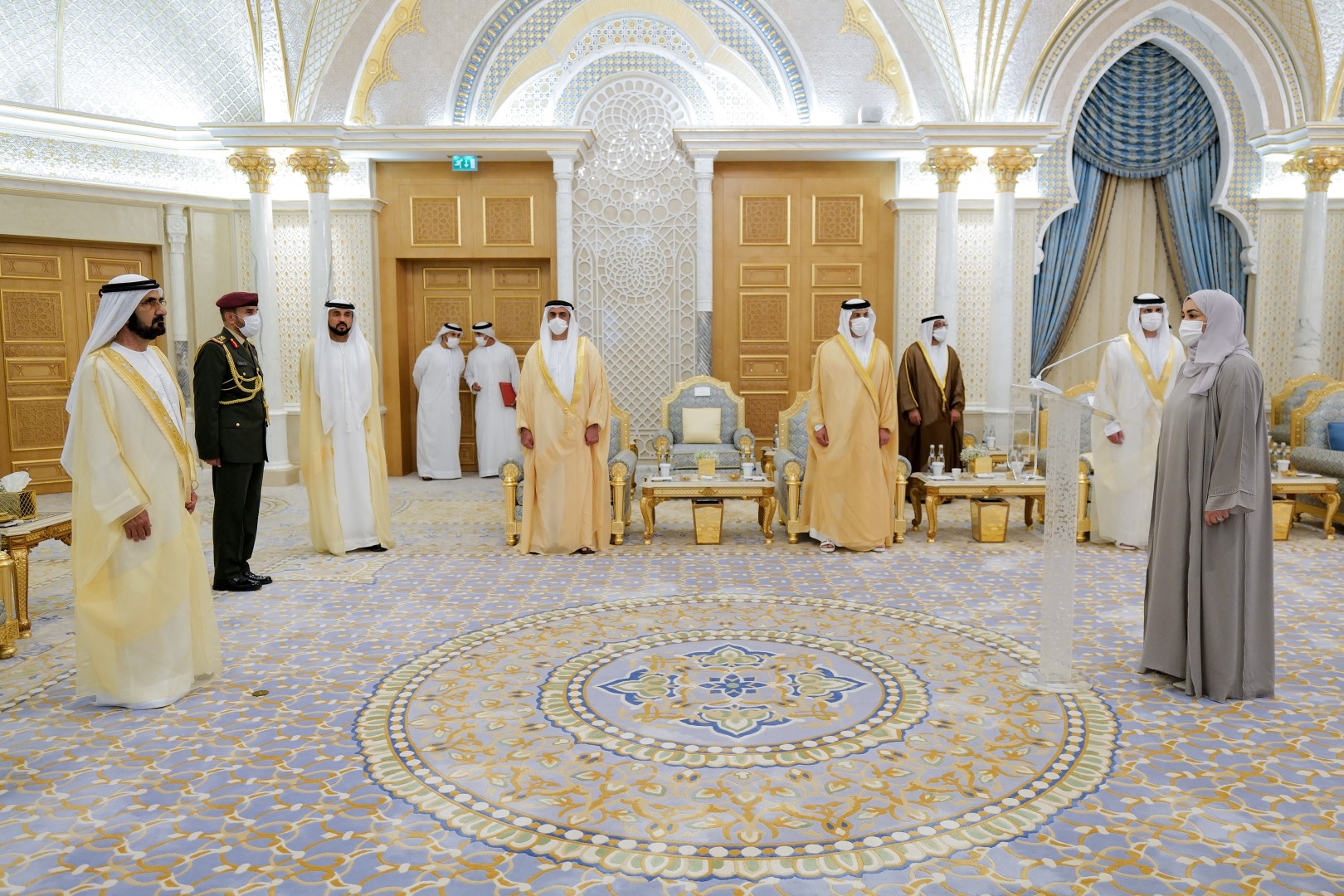 H.H. Sheikh Mohammed welcomed the newly appointed ambassadors and assured them that they will receive the necessary support to perform their duties and serve the mutual interests of their respective countries and the UAE.

"My brothers, you are serving as ambassadors of the nation, the leadership and the people, and you have a sacred national responsibility. Your duty is to perform your work with proficiency through your valuable diplomatic expertise," he said.

The new ambassadors swore their loyalty to the UAE and promised to serve the country’s interests with devotion and honesty to Sheikh Mohammed. They also swore to respect its laws and the Constitution and protect the confidentiality of their positions.