Dark thick smoke was seen around Al Quoz area as huge fire broke out at a warehouse in the Al Quoz Industrial Area of Dubai on Sunday morning with no injuries.

Dubai Civil Defence Operations Room said a report of the fire was received at 11.09am and crews were at the scene within four minutes.

At 11:16 am, the field commander reported that the fire was massive, so they have been reinforced by fire brigades from Al Barsha and the Emirates Martyrs stations to help contain the fire.

Officials said the building was used to store flammable chemicals. The fire was brought under control at 12.40pm and the site was cooling. 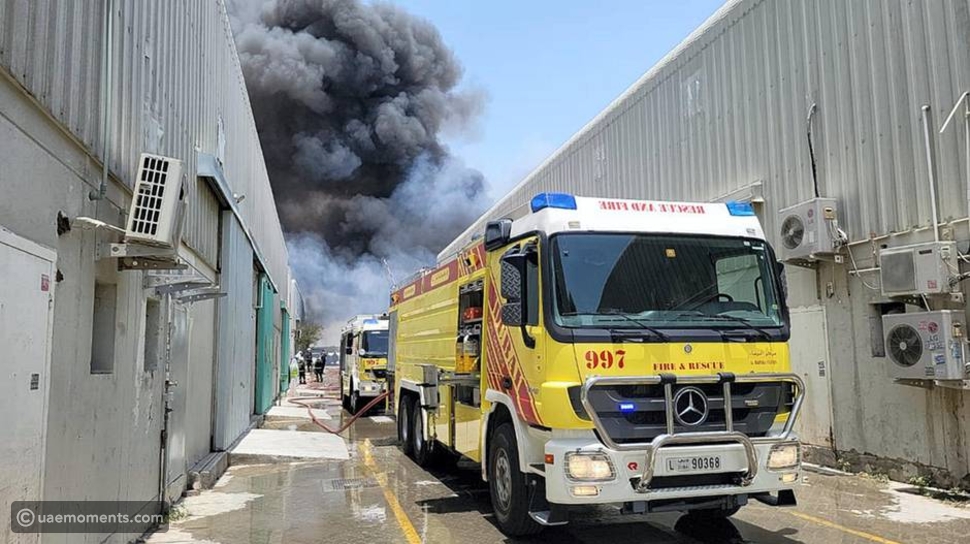 A video from Dubai Civil Defence identified the warehouse as owned by Ramy, a well known car repair and modification business.