His Highness Sheikh Mohammed bin Rashid Al Maktoum, Vice President, Prime Minister and Ruler of Dubai has inaugurated a series of road networks and strategic development projects implemented with the aim of shortening the distance and transportation time between various regions and emirates in the country.

Completed at a total cost of AED1.95 billion and featuring a total gross road length of 112 kilometres, the road projects inaugurated today include a network of tracks, roads, intersections and bridges in three main axes.

The second axis is Al-Watan Road, which represents a direct connection route between various regions, with three lanes in each direction, featuring a length of 42 km and a design speed of 120 km/h. This axis extends from the Hatta area, passing through the Masfout area in the Emirate of Ajman, the Almunaee area and the mountains of Wadi Al Qor in the Emirate of Ras Al Khaimah and intersects with the first axis in the Mleiha area in the Emirate of Sharjah.

The third axis of the project is the Dubai-Hatta Road, which includes the development and improvement of the current Dubai-Hatta road between Nizwa and Al Madam areas within the Emirate of Sharjah, with three lanes in each direction instead of two lanes, at a speed of 120 km/h. The length of this lane is 18 km. 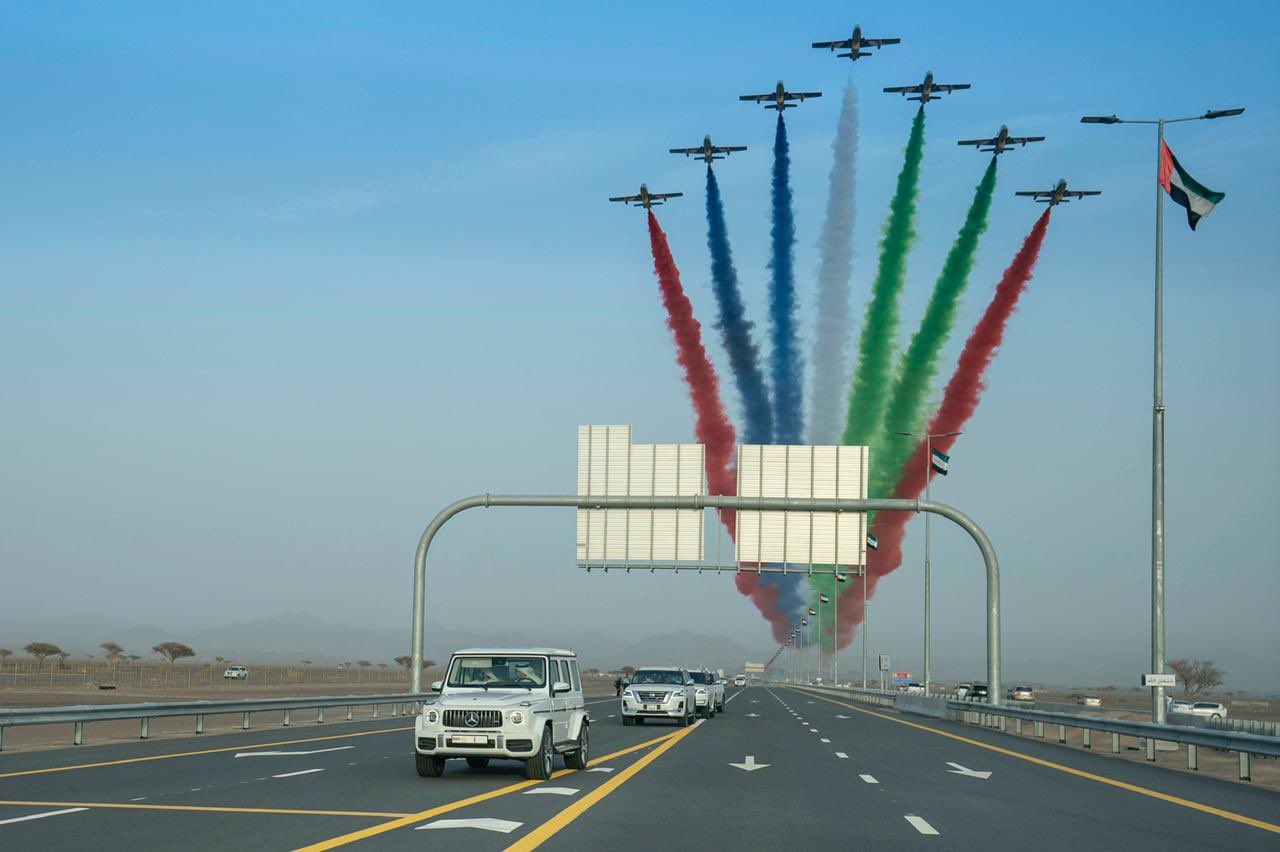 Shorten the distance and transportation time

In addition, the first axis will contribute to shortening the distance between Al Shiwayb area and the Emirate of Fujairah from 115 km to 93 km, reducing transportation time by 15 minutes.