UAE might be known for its modernity, but its history and culture still hold a place in every local’s heart which is why at this point Emirati clothing is worn as pride. It is a symbol of the history, culture, and religion of the United Arab Emirates. If you’re heading to the UAE and wondering about clothing etiquette or just curious about Emirati national dress, here’s everything you need to know.

Read More: Successful Business Ideas To Go For In The UAE

Read More: Pictures: The Palm Jumeirah As Seen From Space 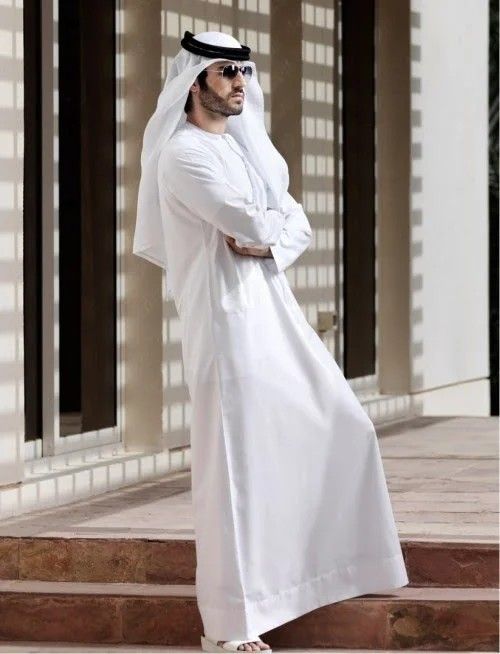 The Dishdasha is the Emirati’s men national dress. It tends to be white as this is the coolest color to wear in the desert heat, but brown, black, or grey are seen more in winter months. Men may own more than 50 kanduras and change them regularly during the day for an ever-fresh look.

The kandura is worn with a ghutrah headdress made of cotton. These were traditionally worn to protect the head and face from the desert heat and sand. A shemagh is similar to a ghutrah, but decorated with white and red checks and is often made of thicker material.

Underneath the headdress, Emirati men wear a ghafiya, similar to a Muslim prayer hat and heavily embroidered although hidden from sight. Other traditional items include the faneela, a white vest worn beneath the kandura, and the woozar, an undergarment tied around the waist.

In contrast to the lighter colors worn by men, Emirati women wear a long flowing gown in black. This is known as the abaya and is worn over everyday clothes for modesty. It is worn across the Islamic world and covers the whole body except the feet, face, and hands.

Like men, women also choose to cover their heads according to religious custom. There are several types of headdresses – known as hijab – including a Shayla, a light scarf that covers the hair, and a gishwa, a thin veil that covers the face but the wearer can see through.